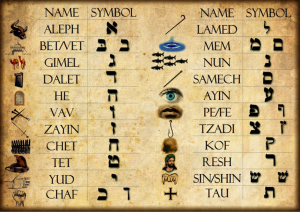 To even a casual Bible student, it's pretty obvious that God puts a lot of emphasis on His written Word—Scripture—equating it directly with Himself.

From Adam to the Tower of Babel, the entire world had one language. Immediately after mixing the world's languages at Babel, God raised up Israel with the unique Hebrew vocabulary. It's special because it not only communicated with words, it also communicated with numbers and pictures.

Ninety-nine percent of the Old Testament was recorded in this Hebrew language. In the New Testament, Paul said God spoke to him in Hebrew on the road to Damascus (Acts 26:14). And the Jews still speak Hebrew today.

We also know that every word of Scripture, Hebrew in the Old Testament and Greek in the New Testament, is inspired by God.

All Scripture is inspired by God and profitable for teaching, for reproof, for correction, for training in righteousness; 2Tim. 3:16

In the Greek, “inspired” is from two Greek words, “divinely breathed.” Therefore, the Bible was not written by men, but rather, by God.

But know this first of all, that no prophecy of Scripture is a matter of one’s own interpretation, for no prophecy was ever made by an act of human will, but men 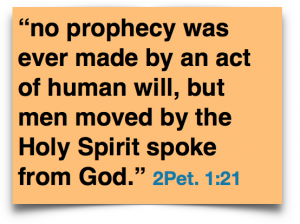 Jesus proclaimed that even the smallest letter in Scripture could be trusted.

“For truly I say to you, until heaven and earth pass away, not the smallest letter or stroke shall pass from the Law until all is accomplished.” Matt. 5:18

Berisheet
The very first word spoken by the Lord that is recorded in scripture is the single word Berisheet. It means “In beginning” (“the” is added in English). Berisheet is composed of six Hebrew letters. Read from right to left, “Berisheet” looks like this when written today:

Each Hebrew letter has a number, a picture and a word attached to it. So Jews could read the words or understand the pictures to read God’s Word. Numbers are specific and added even more depth of understanding, but we'll leave them for another day!

The first letter in Berisheet (beginning on the right) is the word “Bet.” Its picture is that of a house or tent. (NOTE: The Hebrew alphabet doesn't use vowels so you'll see variations of spelling depending on what vowels are added in the English.)

The second letter in Berisheet is the word “Resh.” Its picture is that of a person’s head, meaning head person or prince.

The third letter in Berisheet is “Aleph.” Its picture is the head of an ox representing strength or strong leader. The ultimate strength is, of course, God.

The fourth letter in Berisheet is “Shin.” Its picture is of teeth, meaning devouring/destruction.

The fifth letter in Berisheet is “Yod” and its picture is that of a hand.

The last letter in Berisheet is “Tau.” Its picture is a “T” or a “cross.” You can see where this is going!

CREATOR
The first three letters in Berisheet spell out Bara, or “Created” / “Creator.” So the second word hidden in Berisheet is the word "Creator."

And if you sound out all the letters in Berisheet, it says “The head of the house (and we just learned, buried within Berisheet's first three letters, are two words, “Son” and “Creator”) is destroyed (willingly) by His own hand on a cross.”

All this is in the first sound out of God’s mouth when He created the universe. The first thing He says is that His Son, Who is the Creator, will go to the cross and have His hands pierced in order to shed innocent blood to pay for our sins. Again, just amazing!!

I did my best to explain the meaning of the first Word of the Bible in layman’s language. But every Christian needs to watch a video that explains this, and much much more, in amazing detail. It is truly a stand-up-and-yell video Bible study you will never forget!!!

Be prepared to have your mind blown!
You will be riveted for the first 15 minutes. I mean riveted! I’ve watched the entire 60-minute video five times and loved every minute!
You'll like it so much I'm betting you'll pass it on to others who love discovering deep Biblical truths. YOU WILL LEARN SO MUCH!!! Enjoy! 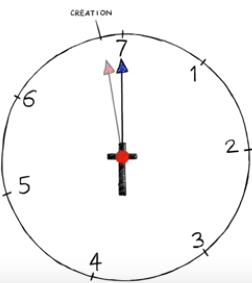 But there’s more in this video than learning the fascinating definition of Berisheet. The producers go on to explain how the creation week is God’s template for time and they use Jesus’ death in 30 AD to predict the date of the Second Coming. Which, of course by subtracting seven years, also predicts the date of the Rapture.

I could not find one thing wrong with their hypothesis— except that I believe Jesus was crucified in 33 AD, not 30 AD. So you have to add three years to their date for their hypothesis to be more accurate. You will be dumb-founded!

NOT DATE SETTING!
Again, do understand that this is their hypothesis. I like how they came to their conclusions and know you too will be impressed. But it’s just their guess, although probably a good one … if you add those three years. 🙂

Based on all that’s going on in the world, I can see this hypothesis fitting quite nicely into world events—like the timing of the Globalists/Satanists determined-reach for world power.

Satan may not know the day nor the hour, but he knows at least as much as we do. So I think he also senses that the mind-blowing and loud conclusion of the Church Age is quite close...cause he seems to be ramping up!

And for the what-it’s-worth department... 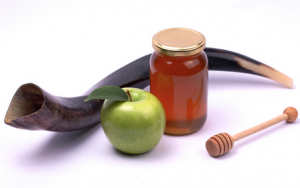 For those who think the Rapture will be this year, Rosh Hashanah begins September 25 night at sunset in Israel, through September 27, 2022.

Here are the dates for Rosh Hashanah in the coming years.

Rosh Hashanah is one of the Lord’s commanded feast holidays (Lev 23:24). It’s a time of gathering, joy, celebration and blowing of trumpets.

...in a moment, in the twinkling of an eye, at the last trumpet; for the trumpet will sound, and the dead will be raised imperishable, and we will be changed. 1Cor. 15:52

But I'm thinking/hoping that the Lord will give us a few more years to reach lost family, friends and coworkers. Of course, if I’m wrong then I’ll see you soon! 🙂