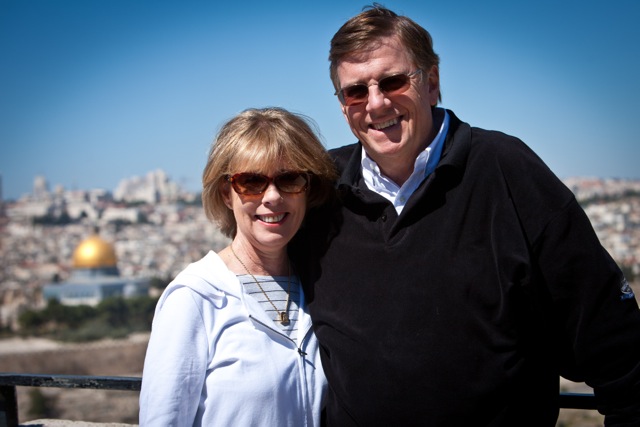 Bill & Susie Perkins on the Mount of Olives, Israel

An Interesting Journey: by Bill Perkins

When we first began Compass in 1993, we had a “picture” rule. I told my staff that they were to shoot me if I ever started putting my picture on our mailings. I was always somewhat annoyed that so many ministries had, what seemed like, pictures of the ministry leader on every page of everything they published. That seemed to me to be WAY over the top!

Well, I guess it’s good the original Compass staff is not here to shoot me because now I’ve succumbed to my website team’s pleas to put my picture on the web.

They believe that for someone to go to Israel with Compass, they want to know who they are going with and what they look like. It was a tough call because I know that it’s the Lord Who brings people on our trips, not fancy advertising copy or photos.

But on the other hand, if God uses this for one more person to experience the spiritual growth of a Biblelands trip, it will have been well worth me having to eat my words!

So now they want me to write something about myself, my background, how Compass got its start, etc. See, when you start compromising like I did with the pictures, you open the door to all sorts of misery! So here goes…

Before I Became a Believer

Grammar through high school — an uninspired student but active in sports, playing baseball, basketball, football, golf, tennis, and track. I was active in the United Methodist Church youth groups, even spoke once at an Easter Sunday sunrise service, but had no personal relationship with the Lord.

After I Became a Believer

Owned and operated several more businesses before moving to Vail, Colorado, to plant Vail Bible Church, 1983. I was not the pastor, just the cheerleader.

While we lived in Vail I owned and operated several marketing-oriented businesses, an Apple franchise, a health care company in Boulder, and started a couple of television stations from scratch. Some of the businesses were great successes and some were great failures. You learn more in failure than in success.
I started the first Steeling the Mind Bible Conference in Vail, Aug, 1993.

Moved to Coeur d’Alene to take a job with Koinonia House, Nov, 1993. 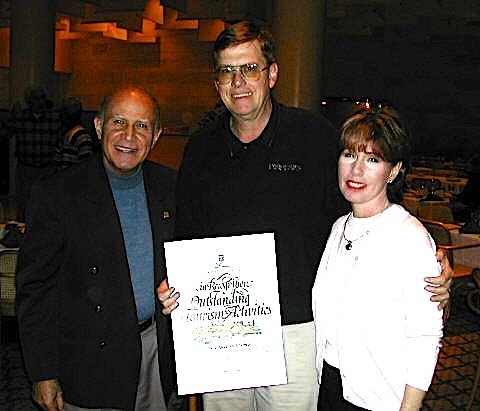 Got kicked out of my church for objecting to Emergent doctrines, 2006.

Accepted apologies from most church elders, staff and members, 2007.

Began our Biblelands Cruises in the Mediterranean, 2011.

Published Steel on Steel, Book 3, 2020.
Since 1993, Compass has organized over 50 Steeling the Mind Bible Conferences and over 50 Israel trips… both land-only and our flagship Biblelands Cruises. (I think the eternal impact of going to Israel ranks up there with the big things in life — like salvation, marriage, kids, etc.!)

Since founding Compass in 1993, I have been the Executive Director. I spend my days writing and planning events. We have incredible God-given employees — one full-time, four part-time, and other volunteers.

We typically organize groups to the Holyland, Israel and/or Biblelands Cruises each year, organize one or two Steeling the Mind Bible Conferences a year, send out monthly Compass eNews and Compass Pointe articles, send out daily Good Morning Lord! Bible studies, and ship DVD Bible studies (or offer download) each day to people around the world.
For fun I love to spend time with my wife Susie, play golf, relax on Hayden Lake with the grand-kids, work on our house, and write books and articles defending pre-millennial, pre-tribulational doctrines using a literal hermeneutic.

Not having been to seminary, over time I have acquired a library of over 2,000 reference books that act as my Biblical resources. Received an honorary diploma in Biblical Studies from Liberty University.

While in business graduate school, Susie was Executive Director of a health care company with 150 employees. Since having kids, Susie has been a stay-at-home mom and home-schooled our two daughters. I believe she is the most competent and scripturally-accurate woman Bible scholar on the planet. Our many many long Biblical discussions have been incredible “steel-on-steel” for me. She wrote Secrets of a Satisfied Women (best-seller, 130,000 copies), 1997 (It’s out of print).
Susie also did a Compass DVD Bible study, Back to the Garden, on how to deal with husbands (imagine living with me!). It’s included in our Marriage on the Rock DVD set.

Both our daughters attended Torchbearers Bible Schools after high school. Jamie, 36, and Taylor, 30, are both married and we have six grand-kids. Both trusted Jesus about age four and never looked back. Each has been to Israel over 10 times. We have a beagle named Weagle (Yes, the AU cheer! :-).

I thank the Lord for being so gracious to my many mistakes! Shalom!

That’s about it for the highlights of my life — I skipped a lot of stuff trying not to bore you. Lots of ups and downs, but you can see why I think I’ve had anything but a normal life!

“There is nothing I can do or not do to make myself any more or less acceptable to God, or more or less sanctified. My works are as filthy rags and it’s only about what He did on the cross.”