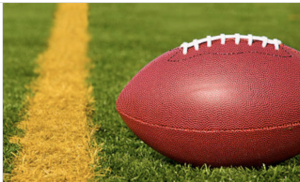 Imagine if a football team drove 99 yards to the one-yard line only to have the refs add another 100 yards to the end of the field. Yes, that's absurd. But that's what's happened with COVID-19.

We were told we had to shut down the country for two weeks to keep from having 2 million deaths. The purpose was to "flatten the curve" to keep our hospitals from being overwhelmed. 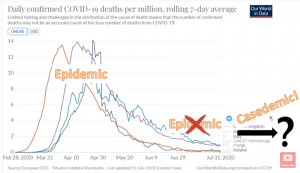 But now the curve is flattened and we've come up with medicine to treat C-19 so that today a person has a 99% chance of surviving Covid-19. So they've changed from worrying about "deaths" to worrying about "infections."

It's the perfect control situation for the Globalists. They've set it up where we keep closing schools, states, governments, etc., based on the number of "infections." But why are we worried about infections? In 2010 we had 60 million H1N1 infections and it came to nothing.

It's because, as I've said for six months, this is not about a disease. It's about world control. They, Satan and his cohorts, want complete control of the earth, just like the Bible says will happen.

Problem is, it won't happen until after the Rapture. And we may still be years away...which is good, because we have answers! God has given us insight into what's going on in this world and we need to share it!! Use us, Lord! 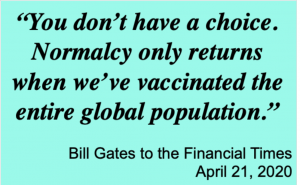 Big Pharma is licking its collective lips over the prospect of worldwide vaccines. They have convinced the world that God's miraculous human body design is inadequate to survive in this world and they have the answer...yearly vaccines for the world forever.

And if you've missed our previous articles and/or have not been keeping up with the NEW vaccine methods, please do your own research. A huge change has been made.

The newest vaccines are not like the traditional ones where people are given a small dose of a virus for your body to attack and build up your antibodies. 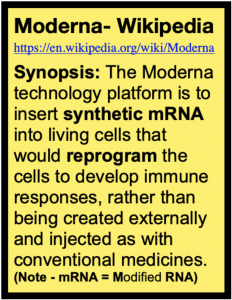 Instead, these new vaccines are designed to give each persons' RNA additional instructions of what to do if the COVID-19 is detected. Your God-designed genetic instructions will be changed.

So instead of dealing with the problem of sending little bits of the disease worldwide, they instead send software, genetic codes, worldwide via EMAIL.

These instructions are new patented software codes that are added into your RNA (which tells your DNA what to do, how to fight C-19) which modifies your personal RNA sequence

In the past this was referred to as "gene-splicing" and was only done on plants, fruits and vegetables. It was illegal on humans. Somehow now it's legal.

And worse, one of the major funders of the vaccine company, MODeRNA (MODified RNA), is the Bill and Melinda Gates Foundation(1), which has been openly calling for a 90% world population reduction.(2)

Are we supposed to trust what "software code" Moderna is putting into these vaccines? What if the code also changes other parts of your DNA? What if these atheists want to use this vaccine for their Satanic goals? As I said, do your homework. Few people realize what is going on here!

Their goal is 500 million world population by 2030

Here are links to Compass past articles on this global vaccine:

What Makes Us Human?

The Return of the Nephilim?

Join us and STEEL YOUR MIND with Biblical truth!
See Speakers & Get Tickets

Compass is a 501(c)3 non-profit, non-denominational ministry based in Coeur d’Alene, ID, founded in 1993 by Bill and Susie Perkins. Our mission is to defend the accuracy of the Bible through our email Bible studies, Bible trips and cruises, missionary outreach, and Steeling the Mind Bible Conferences.
Support Our Ministry
Shopping Cart
There are no products in the cart!
Continue Shopping
0
Share this ArticleLike this article? Email it to a friend!
Email sent!