Leadership in the Midst of Storms

It seems our worst fears are coming true.

First we heard about death surges from funeral home directors. Now the CEO of a $100 billion life insurance company with 2400 employees just announced that they're inexplicably seeing a 40% increase in quarterly deaths over pre-pandemic levels.(1) And these are not Covid deaths!!

This is what several physicians have warned us about, that the va((ine contained large amounts of graphene oxide (poison) and would ultimately begin killing lots of people over time.(2)

Physicians have also warned us that the va((ine would also compromise our immune system—with each shot making it worse—causing people to die from other things beside Covid.(3)(4)

So this news is not necessarily unexpected, just heartbreaking. The ramifications of this are huge. If these deaths continue, they will be difficult to cover up.

If the va((inated come to their senses, it could get quite interesting. Imagine realizing you’ve been duped into taking a poison that compromises your immune system by forever changing your God-designed genome defenses.

If this death rate continues, the Globalists/Satanists will have to do something, anything, to cover up what’s happening. The sky's the limit as to what they might do. Expect something! It's unlikely they'll just say, "Oh darn, we were wrong."

Most of us know well the story in Acts 27 where Paul was a prisoner on a Roman cargo ship headed from Caesarea to Rome where Paul was to stand trial.

Despite being chained to his Centurion guard at the beginning of the trip, God allowed Paul to end up leading the entire crew and passengers to safety.

Before leaving Caesarea, while Paul was in Jerusalem, the Lord had told Paul he definitely would arrive in Rome.

But on the night immediately following, the Lord stood at his side and said, “Take courage; for as you have solemnly witnessed to My cause at Jerusalem, so you must witness at Rome also.” Acts 23:11 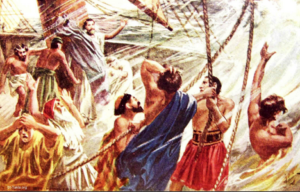 So Paul KNEW he would make it to Rome one day, before he died. And throughout that ill-fated voyage he confidently made decisions based on what he knew to be true.

Then, at the worst of the storm when all hope had been abandoned by the crew, God sent an angel to tell Paul he would reach Rome on this particular trip. (Acts 27:23-34)

Today, it looks like Believers may also be facing similar storm-like situations—not necessarily weather, but storms nevertheless. We don’t really know what form the storms will be, but whatever they throw at us, we must be ready.

Christian men will have to step up and make some tough decisions even in the middle of any howling winds. We’ll have to have confidence in what God has disclosed to us in His Word and bravely stand on what we know to be true.

Just like God told Paul he would make it to Rome, God’s promised us that we’re not appointed to His wrath and will be removed from the earth prior to its arrival.

For God has not destined us for wrath, but for obtaining salvation through our Lord Jesus Christ, 1Th. 5:9

The coming wrath of God is clearly not coming on Believers but on non-believers.

Let no one deceive you with empty words, for because of these things the wrath of God comes upon the sons of disobedience. Eph. 5:6

So as we see the approaching storms, we’ll have to stand steadfast, knowing the Lord is in control. We’re not to worry unnecessarily about the circumstances allowed, but to look to Him Who promises to rescue us.

and to await for His Son from heaven, whom He raised from the dead, that is Jesus, who rescues us from the wrath to come. 1Th. 1:10

Of course, we have to balance our missing God’s coming wrath with the possibility of persecution, which can come in many forms. Believers who’ve lived in America all their lives rarely understand the privileges we’ve been given.

God’s Wrath Is Not Christian Persecution

Around the world, Christian persecution is a daily occurrence, often ending in death.

So it would be hard to tell a Believer in Bangladesh whose wife has been raped, his kids murdered and house burned to the ground to not worry because the Lord is coming to rescue us before it gets bad.

The Bible warns us to expect persecution “when” it comes, not “if” it comes.

Consider it all joy, my brethren, when you encounter various trials, knowing that the testing of your faith produces endurance. James 1:2,3

And we also have to consider the possibility that the Rapture is 10 or more years away. Ouch! But if it is, it’s God’s Will. We'll just have to deal with it one day at a time. 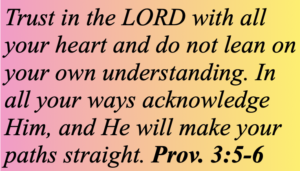 So regardless of what’s ahead for Believers prior to our exhilarating exit, we can rest on God’s promises in His Holy Word to sustain us. And draw from them energy to lead/teach/love those around us as we proclaim God’s truth.

“Be strong and courageous, do not be afraid or tremble at them, for the LORD your God is the one who goes with you. He will not fail you or forsake you.” Deut. 31:6

God has us here and has armored us for this moment on God's calendar. So stand courageous based on what you know to be true—the ultimate va((ine is a decision to trust the Gospel!

If you only have time to watch one video, this is the one to watch!

Insurance CEO: Deaths Now 40% Higher Per Quarter—And These Are NOT From Covid!

Kim Iversen walks through the dangers of today's media censorship showing we're no different than Russia and/or China. 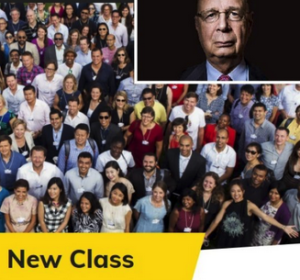 Klaus Schwab and the World Economic Forum are recruiting positions worldwide for the post-reset world. And their goals are far more than remaking the economy—they want to physically remake you and your children. 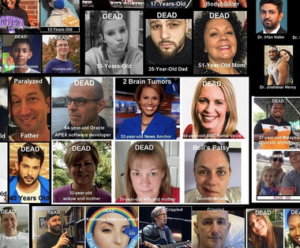 20,000+ died from va((ine last year, plus the 90% unreported, just in case you want to see the FACTS! And this doesn't take into account those dying daily from causes related to va((inations.

PTL! The bill proposing extreme Covid laws in New York State was withdrawn. Yea! Probably too many people heard what was in it, so that's encouraging!

The Warning We Ignored

Del Bigtree is really good! Great guests, lots of info on the Globalists'/Satanists' takeover of America and how it happened.

If you're considering va((inating your kids, or know someone who is, this is the article you need to know and/or share. 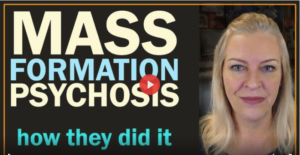 Last week we linked to the video of Joe Rogan interviewing Dr. David Malone. This was the interview that got the globalists upset and banned Malone from Twitter. In the interview he was discussing how mass psychosis was achieved on a large number of people.

There is a link to a recap article of the Rogan video above. The second link is to Amazing Polly's explanation in layman's terms of how this mass psychosis was achieved. Polly does a great job...probably why she has over 100K subscribers. 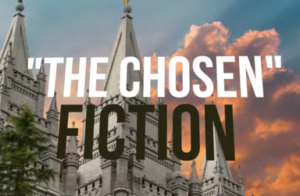 When we wrote The List Novel, we were extremely careful to be culturally, historically and Biblically accurate. Based on Revelation 22:19 we never added to Jesus' words. This, trust me, made it difficult for Buck to write around His words!

But in the end, we published a book that added value to the Bible's stories without compromising scriptural integrity.

Not wanting to bash a Christian movie (there are so few anyway) I never critiqued it. But now, more info is coming out about the movie, its inaccuracies and its ties to the Mormon Church.

So the link above will give you more information. But hey, if you like the movie, great. Some Christians liked The Shack(1) and Jesus Calling(2), even though they too are quite loose with scripture. To each his own. My two cents.

While the Omicron variant seems to be causing less severe disease than the Delta variant, it’s still landing some people in hospitals, highlighting the need for effective treatment before cases progress to that stage. Good info to know.

THE REASON FOR MOST OF THE HIGH CRIME IN CITIES

Ten years ago, George Soros began paying liberal attorneys big bucks to get elected if they would go soft on crime. Noticed any difference lately? 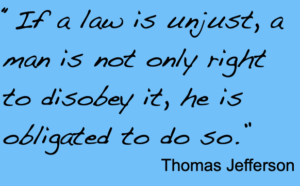 Re Pic Below, the CDC, Fauxi, etc. are doing everything they can to keep people from using Ivermectin as a therapeutic for Covid, even calling it a "horse dewormer." However, this horse dewormer won the Nobel Prize for use in HUMANS(1) and when Pfizer did their initial studies, they found it worked well against the Covid virus. 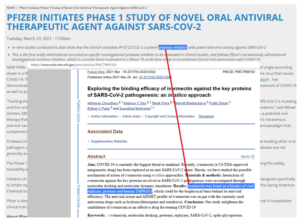 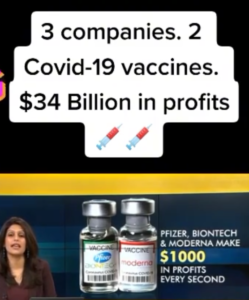 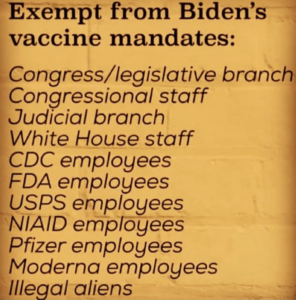 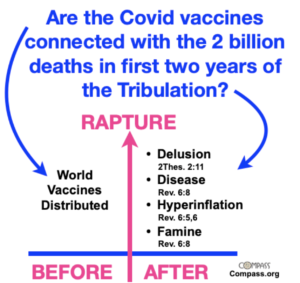