Hyperinflation In These Last Days 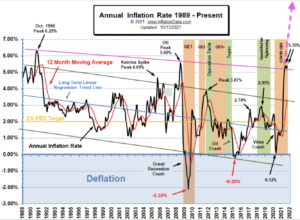 The post-Rapture Tribulation dispensation begins with four horsemen galloping onto the scene.

The first thing we see is Jesus Himself unfurling His seals of world judgment.

Then I saw when the Lamb broke one of the seven seals, and I heard one of the four living creatures saying as with a voice of thunder, “Come.” I looked, and behold, a white horse, and he who sat on it had a bow; and a crown was given to him, and he went out conquering and to conquer. Rev. 6:1-2 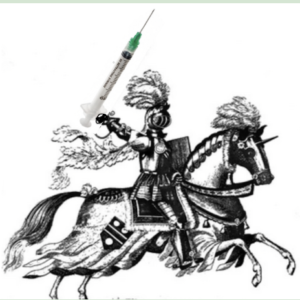 The first horseman, as we have discussed in past Compass eNews articles, is the New World Leader arriving on the scene on a white horse with a poison-tipped arrow (syringe?) in his hand.(1) With just this poison (pharmakia/drug) he is able to begin conquering countries.

It’s interesting that today we’re watching the world fall for the “salvation drugs” BEFORE the Rapture. So it doesn’t take much imagination to see what this world leader will be using to conquer countries after the Rapture.

When He broke the second seal, I heard the second living creature saying, “Come.” And another, a red horse, went out; and to him who sat on it, it was granted to take peace from the earth, and that men would slay one another; and a great sword was given to him. Rev. 6:3-4

On the heels of all that country-conquering, the Second Horseman comes on a red horse and takes peace from the entire earth. This world war apparently includes using nuclear weapons, assuming the “great sword” is most likely a nuclear bomb.

With the Holy Spirit, Who had restrained wholesale evil for 2000 years, now having departed the earth at the Rapture, the world will be in total chaos.

When He broke the third seal, I heard the third living creature saying, “Come.” I looked, and behold, a black horse; and he who sat on it had a pair of scales in his hand. And I heard something like a voice in the center of the four living creatures saying, “A quart of wheat for a denarius, and three quarts of barley for a denarius; and do not damage the oil and the wine.” Rev. 6:5-6

With all the world’s devastation and destruction, the “pair of scales” indicate the resulting economic calamity. The fragile food supply-lines operating today will completely collapse. This will cause severe hyperinflation.

We’ve had inflation in the past, but never hyperinflation, and there's a big difference! The world existed for almost 6000 years using gold and silver coins as the basis for trade transactions.

For 6000 years there was no inflation. A tract of land would cost the same for thousands of years. But in the past hundred years, paper was substituted in place of gold and silver.

Originally, at anytime, you could trade your paper for gold or silver. The paper just represented gold and silver in the bank vault.

But in 1971 the U.S. Government disengaged the paper money from the option to exchange it for gold and silver. For whatever reason, they let its worth "float." That meant our dollar was worth only what someone was willing to give you for it.

Now pretty much the whole world uses paper money backed only by “confidence.” When the Third Horseman in Revelation 6 begins the world wars, paper value of money will begin to sharply deteriorate. Then, when combined with food shortages and literal famines, the cost of food will skyrocket.

It’s not really the price of goods and services going up, rather, it’s the value of paper money dropping like a lead balloon.

The example given in scripture is that it takes a day’s wage, one “denarius,” just to buy food. This translates into food prices being 12 times higher than normal, assuming you even have the opportunity to purchase something. Or another way to look at it, your money is now worth 1/12 as much.

Today you could make the case that food and gas are moving to be 20% to 30% higher. If prices eventually rose to be 100% higher, that would mean food costs twice as much.

But instead of food and gas costing twice as much, you multiply that by 12—12 times higher. Now you get an idea of what hyperinflation will be like.

In a true famine, hunger is the primary driving force in your day-to-day existence. All the rest of life comes to a meaningless standstill. A person will gladly pay whatever is required for one meal.

When the Lamb broke the fourth seal, I heard the voice of the fourth living creature saying, “Come.” I looked, and behold, an ashen horse; and he who sat on it had the name Death; and Hades was following with him. Authority was given to them over a fourth of the earth, to kill with sword and with famine and with pestilence and by the wild beasts of the earth. Rev. 6:7-8

The wars and drugs will cause economic collapse and sky-rocketing inflation, which results in severe famine. This leads to one-fourth of the earth dying. Today that equates to roughly 2 billion people.

It’s hard for Americans to actually understand that last statement that two billion people WILL die. Not "might" die, but "WILL" die—and in a relatively short period of time.

Those that manage to eat and are still alive won’t even be able to keep up with burying all the dead—causing even more disease.

So today, as we watch the prices beginning to rise 10%, 20%, 30%, know it’s nothing compared to what will happen post-Rapture. But what we ARE seeing is actually the early stages of fulfilled Bible prophecy.

Of course this begs the question... since we’re probably seeing worldwide events fulfilling ancient Bible prophecies like the beginning of worldwide inflation and food shortages, how bad could it get between now and the Rapturous exit?

Already the cost of just about everything is rising faster than Hunter Biden’s yearly income. In addition to food and energy going up, used tractors are up 50%. Cars up 25%. Gas up 42%. And at the store, meat is becoming scarce at any price.

The most honest answer is, we don’t know. Rapture could be 10-15 years away, or this second. And anytime in between. 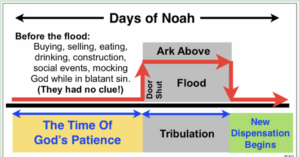 But if the prophecy about the “Days of Noah” being just like the time before the Rapture is referring to today, then there will be food available up until our heavenly departure. Things were normal until the worldwide flood caught people by surprise.

We know that verse can’t be referring to the Second Coming because by the end of the Tribulation the whole earth is destroyed by an earthquake so large ALL the world’s mountains are shaken down. Nothing is left that you could call normal at that point.

Therefore, we shouldn’t be as concerned about where our next meal is coming from as we are about our main purpose on this planet.

Besides, if the Lord has you here in this day and time, He wants to use you for His eternal purposes!

Our focus should always be less on ourselves and more on the salvation of our lost family members, neighbors and coworkers. Their salvation is far more important than maintaining our calorie count.

For I consider that the sufferings of this present time are not worthy to be compared with the glory that is to be revealed to us. Rom. 8:18

So, regardless of the circumstances God allows in our lives, let's never forget to keep praying for opportunities to allow Christ’s Love to shine through us! 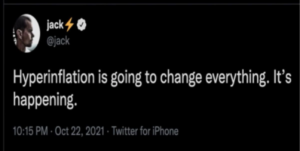 The guy above is the billionaire owner of Twitter, FYI 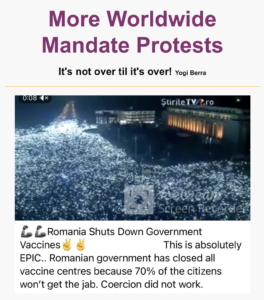 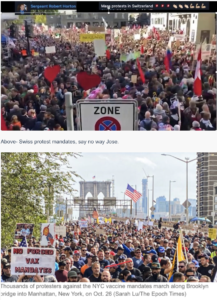 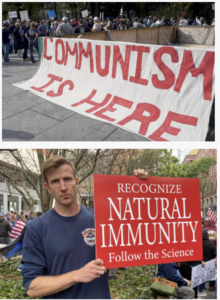 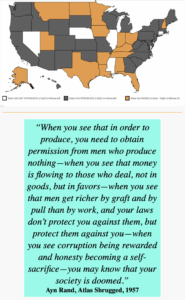 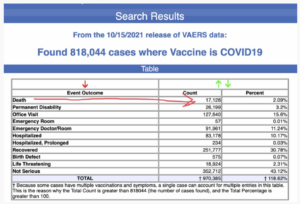 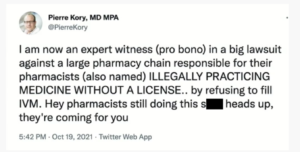 In 2015 Ivermectin won a Nobel prize for its use in humans. Fauci's lies have murdered tens of thousands of people... he should be in prison.

Stew Peters & Dr. Carrie Madej show not only do these va((ines change your genes, they also contain moving parts, parasite-like beings and delivery devices. Yes, you read that correctly!

The Global Battle For Medical Autonomy

Steve Bannon and Dr. Naomi Wolf in an eye-opening video!

Stew Peters and Dr. Jane Ruby are opening a lot of eyes!

Dr. David Martin—What's really at play and who’s behind the fear-mongering? What is the end game? Secular but brilliant man, excellent!

Well, this is positive! 12 Arizona ladies have had enough of the Covid lies, stolen elections, woke mandates, etc. Enjoy!

Inside the FDA’s Risk-Benefit Analysis of Pfizer’s Plan to Inject Young American Children With COVID ‘Vaccine’ are appalling statements!

And another article on the same subject:

Experts Say Vaccine for Kids Is ‘Unnecessary, Premature and Will Do More Harm Than Good’ ... i.e. more proof the end game is population reduction.

How To Survive the Va((ine If You Took It

Greg Hunter interviews Dr. Pierre Cory about his no-nonsense analysis of what to take for early treatment if you get Covid, to offsetting the effects of the Covid va((ine.

Hospitals Are Killing People With The Covid Protocol

This just makes you wonder how long they can do this!

Article
CLICK HERE
Israel tried to do everything quickly and correctly. Now they're paying the price.

Instead of Fauci saying they're trying to make viruses more "deadly," he calls it "Gain of Function." Which brings up the elephant in the room...

Dr. Paul Thomas interviews a senior research scientist and a medical journalist about a range of topics, including emerging scientific data on the safety of COVID mRNA therapies, with grave warnings for pregnant women and children.