A Bow Without Arrows? 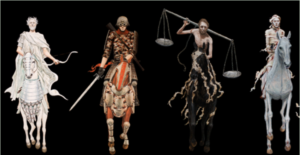 “And I saw, and behold a white horse: and he that sat on it had a bow; and a crown was given unto him: and he went out conquering, and to conquer.” Revelation 6:2

Revelation 6 is the chapter that begins the 7-year Tribulation. This is the time of sorrow that follows the removal of God’s Holy Spirit from the earth.

It's at this time that a new dispensation, a new time period, begins without the presence of God’s Holy Spirit on the earth restraining wholesale evil.

The chapter begins with the Four Horsemen of the Apocalypse. They begin the horrific carnage by immediately bringing almost inconceivable death and destruction to a lost and confused world.

So it's interesting that the first horseman rides surreptitiously onto the world scene on a white horse, symbolizing peaceful intentions. He comes as a knight in shining armor to save the world. 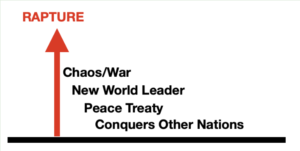 To get the context of what’s going on at this point, let’s do a quick review of what happens just after the Believers exit.

In the world's confusion taking place after the Rapture and with the USA severely compromised from so many people vanishing in the twinkling of an eye, Russia, Iran and other countries seize the opportunity to invade Israel using nuclear weapons (Ezek 38 & 39).

Israel mightily defeats this invasion and then seizes her own opportunity to rid herself of the rest of the nations that have sworn to defeat her. 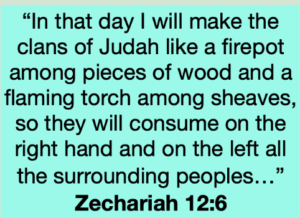 One by one in quick nuclear precision, Israel begins taking out the rest of her surrounding enemies. The Muslims begin begging the world that somebody, anybody, would get Israel to stop wiping them out because they're sitting ducks for Israel’s military.

Out of nowhere, one man comes forth with a solution. He offers Israel anything she wants if she’ll just stop the carnage. 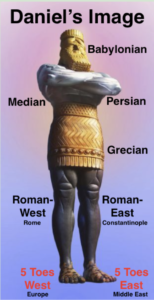 The world rejoices at this world peace, and this New World Leader accepts more and more power given to him. This is where Revelation 6:2 picks up.

Empowered by his stunning success, this newly anointed leader is pictured coming in on a white horse to save the post-rapture world. But oddly he comes conquering with a bow without arrows.

How do you defeat your enemies without killing them on the battlefield with arrows? You can't take a gun to battle without bullets!

The context of these Four Horsemen in Rev. 6:1-8 implies they’re all bearing deadly weapons because they’re portrayed as mortal threats to mankind.

Yet God’s Holy Spirit inspired John the Revelator to describe the first horseman with only a bow in his hand. What’s with that??

When you look up the word “bow” in the original Greek it’s “toxon, tox´-on.” Strong’s 5115. Our English word “toxic” comes directly from the Greek word “toxikon,” which means “a poison-tipped arrow.”

Turns out the Greeks were known for dipping their arrows in deadly toxic poisons to kill people, even if the arrow barely nicked them.

So the reason the New World Leader comes in on a white horse is to deceive the world. And the reason he doesn’t need arrows is because he has a toxic bow—a poison-tipped arrow. Or in today's vernacular, a poison-tipped syringe! 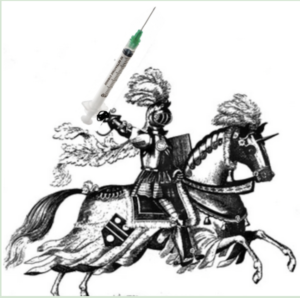 Apparently the world will be deluded into believing the va[[ine will save them after the Rapture, even though they have no clue what’s in it.

Maybe that’s the falsehood the world believes after the Rapture: “Take the shot, it’s good for you"—even if it doesn't make any sense! They'll be deluded!

But then again, who would take a shot without really knowing what’s really in it? 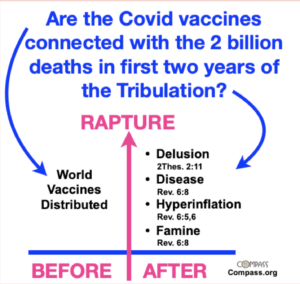 This is amazing, Mike Lindell explains what happened election night in layman's terms! He's releasing all of the details and proof this week.

The best 6 minutes you'll find on what's going on with the fake lock downs and face masks. Dr. Dan Stock doesn't address the root spiritual direction of Covid, but he sure exposes the FDA and NIH. Excellent!!

Mike Renz is my new favorite "explainer." He sums up why and how he's suing the government and shows the ridiculousness of the "pandemic." A ton of info!

Israel is the most va[[inated nation in the world, to no avail. Hear a brief update from a hospital doctor in Tel Aviv.

Incredible conversation between Mike Adams and John Moore about earthquakes coming, vaccines, mandates, masks and more. Also info on what you can take to neutralize the spike protein in your body from va[[ination.

This shows how much control Big Pharma has over the entire medical field.