FacebookTweetPinEmail7
To read the introduction article that accompanies this article click here.
He said, “Go your way, Daniel, for these words are concealed and sealed up until the end time. Many will be purged, purified and refined, but the wicked will act wickedly; and none of the wicked will understand, but those who have insight will understand." Dan. 12:9-10

I've been truly perplexed by the recent incredible cash giveaways by our government. Our national debt has ballooned from an already sky-high $20 trillion to 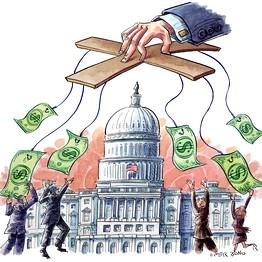 And now they're trying to give away another $3+ trillion, making our total national debt to exceed $30 trillion.

How is this possible? Who in their right mind thinks we can indiscriminately add 50% to our national debt in six months without suffering tremendous ramifications?

Even President Trump signed off on this. Something is amiss...and I have a theory.

I think it's possible that a new monetary system has been in the planning stages for a while and is so close to being fully operational that they don't really care about the old one. Since it's being replaced, they figured it wouldn't hurt anything to go out with a bang—maybe even buy some time. Maybe.

We know the next monetary system will probably be digital, doing away with paper money (which is private), and instead going all digital (which is traceable/taxable).

And at this late date, a new system could easily be the forerunner of the Tribulation's "total control system," (Rev:13:16-17) whereby they mark everyone and connect them back to a single computer.

Other countries are already going digital, like Sweden and China.

Last November the Federal Reserve admitted in writing that they were definitely looking at switching to a digital currency. 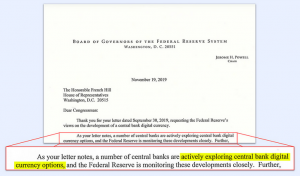 VISA International filed for a patent for a digital unit, assumed to be used in concert with their credit/debit cards. 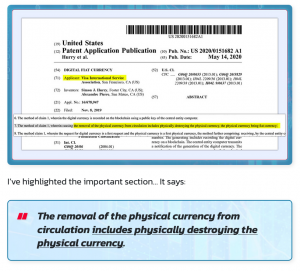 How interesting...they actually put "destroying the physical currency" in the patent application.

So it was not surprising when Nancy Pelosi and the far-left liberal Democrats added creating a digital wallet system for every living American in the Covid-19 relief package last March(1), but President Trump made them take it out.(2)

Pelosi has again reintroduced digital wallet legislation to create digital e-dollars for all Americans.(7) Trump and the Republicans are, so far, holding this back.

Even Facebook is getting into the act with their libra e-money. Affectionately called "Zuck Bucks," just the size of Facebook's audience could launch a major digital currency. Ultimately, Facebook backed down but won't admit who pressured them. Probably they've been promised to be a key part of the future digital system. 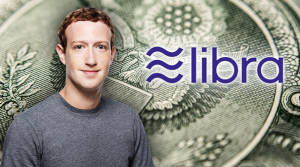 But the mother of all digital currencies being bandied about is the patent Microsoft's applied for...a connected cryptocurrency, with the assigned patent number WO2020/060606. That Biblically interesting number was supposedly arrived at randomly. 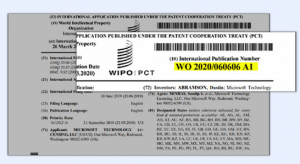 But it's not Microsoft's patent number that's scary, it's the drawing that accompanied the application. It shows a human connected by sensors to the bank via the Internet.

Notice that the drawing has no physical connection between the human and the sensors. Rather, brain waves are being transmitted to the sensors via radio waves. 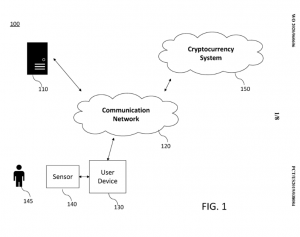 The patent drawing connects not only the money to the Internet, but also the body to the Internet. In other words, they want to insert microchips into people to "mine" or search their bodily activity for cryptocurrency purposes.

Basically, Microsoft expects to implant a digital certificate in every human in the world. This is how the patent application is worded:

I think they are purposefully being vague and not explaining the extent of what they'll be doing.

Gates said in a recent "Ask Me Anything" session on Reddit:

"Eventually we will have some digital certificates to show who has recovered or been tested recently or when we have a vaccine who has received it." (4)

This is a major step forward—two-way communcation between humans and computers. A Fitbit, for instance, doesn't read brain waves. It just records information.

Read Your Mind
But this device Microsoft is patenting is designed to "mine" images...or search for and look at what you're thinking. This means you can think about moving money from one account to another and the images will be read and acted upon.

Facebook has already been working on the technology to read brain waves. They wanted something that would allow people to type by thinking instead of using a keyboard. Now Microsoft has filed a patent to not only read the brain waves, but also transmit them as specific commands.(5)

The patent application implies that this will work 24/7, so even your dreams are part of the communication process...and whatever Microsoft wants you to dream. 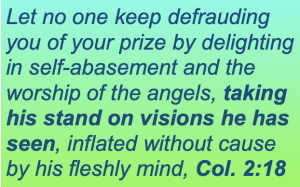 Talk about its being hard to know what is real and fake! (We covered Artificial Intelligence in more detail in our article "The Coming World Reset.")(6)

Then there's the question of what Microsoft will do with all the unused data—can they sell it? Instead of those pesky ads on Facebook or Google popping up, they'll just pop up ads in your dreams.

So if you start thinking you might need a new car, the brain would be read and car ads could fill your dreams. You could wake up with an insatiable appetite to buy a green Ford Truck...and strangely know the address of where one's for sale. Oh my soul!

With this set up, if your sensors determined you were infected with Covid-19, your bank accounts could be frozen if you move outside your dwelling or even outside your confinement area.

Or worse, even if you don't do something wrong, what you think could get you in trouble with the overseeing powers.

Gates has already announced a way to vaccinate using a patch of microneedles that adds an invisible ink to the skin that can be read by smart phones. Not only is a doctor or nurse unnecessary, but anyone can determine if they have the mark or need one.(3) Yes, you read that correctly.

Are Vaccines and Digital Dollars Connected? 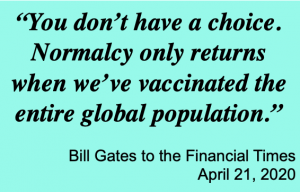 I realize that the patent doesn't mention vaccines, but these new DNA vaccines could easily be part of the inserted chip as its "mining" bodily information.

WHO has this on their website regarding these new DNA vaccines: (9)

"Recently, a radically new approach to vaccination has been developed. It involves the direct introduction into appropriate tissues of a plasmid containing the DNA sequence encoding the antigen(s) against which an immune response is sought, and relies on the in situ production of the target antigen."

"Ultimately, the distinction between a sophisticated DNA vaccine and a simple viral vector may not be clear. Many aspects of the immune response generated by DNA vaccines are not understood. However, this has not impeded significant progress towards the use of this type of vaccine in humans, and clinical trials have begun."

So it's not a stretch to think vaccines aren't just vaccines. Once you start adding and subtracting our God-designed DNA, who/what are we? We discussed this delimma in a past eNews article "The Return of the Nephilim" (10)

Today, we're completely altering our lives based solely on FEAR of getting an infectious flu. Most will drink the Kool-Aid and take a vaccine out of the fear instilled in us by reading, hearing and seeing lies in the media.

Major media censorship, including Facebook, Google and Twitter is a reality—no different than state controlled Russian media. So a small number of unelected people are determining our future. 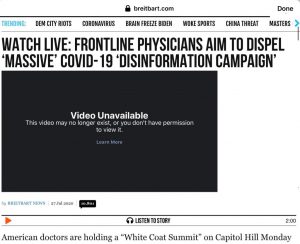 They smell blood. They think they'll get us to where we have no choice but to take a vaccine that has who-knows-what is in it.

But that's just not true. We have the Creator God of the universe on our side. He knows you personally inside and out. He knows your thoughts, so He knows your fears. And He encourages us to rest under the shadow of His wings.

....O God, be gracious to me, for my soul takes refuge in You; And in the shadow of Your wings I will take refuge until destruction passes by. Psa. 57:1

America's At A Huge Crossroad!
God has allowed us to live in a country where we still can still choose our leaders. We have God's Word to be our guide as to who to choose! And God answers prayer!

The effective prayer of a righteous man can accomplish much. James 5:16b

• Pray daily for our country.

• Pray daily for our President and his advisors.

• Pray daily for wisdom and protection.