United Nations nuclear inspectors have concluded that Iran has acquired the technical means to design a nuclear weapon and would require about six months to enrich uranium to the quality needed for a bomb.

Translation: Iran, in secret, has been doing all it can to produce a nuclear warhead that can be fitted onto one of it's medium-range missiles. Duh. 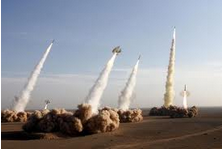 Behind the scenes, western governments have known for sometime that Iran has conducted tests on nuclear trigger devices, worked with Russian scientists on reducing the size of the nuclear device to fit in a medium range warhead, and have experimented with sparking nuclear reactions. The IAEA report makes it official.

Israel, of course, has also known this for years. Two years ago, working alongside U.S. supplied computer geeks, Israel was successful in planting a vicious computer worm into the Iranian government computers.

Dubbed "Stuxnet," the computer virus wreaked havoc in Iran for almost two years and was driving their scientists crazy.

Devilishly designed, the virus became the "HAL" of the movie "2001--A Space Odyssey," turning reactors on and off, and changing 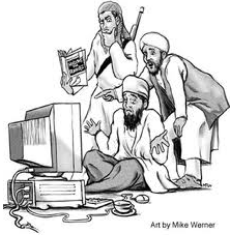 speeds of critically balanced centrifuges which spin at supersonic speeds while enriching uranium.
Dumbfounded Iranians looked at computer screens that told them all was normal while the centrifuges spun out of control and exploded. It took Iran scientists months to figure out what had happened and it set the program back two years.

More recently, Iranian scientists are trying to avoid getting blown up in the snarlish Tehran traffic on the way to and from work. Assumed to be Mossad organized (Israel's CIA), twice cars with Iran's top scientists have been blown up.

Both times a passing motorcyclist attached a magnetic bomb to the door of a scientist's car in traffic, killing one scientist and scaring the beejeebies out of the other.
The Iranian scientist that survived the car bomb jumped out the opposite side of the car when he heard the ominous "click" of the "Sticky Bomb" being attached to the car as the motorcycle drove past.

Severely wounded, he has since recovered and understandably uses facial disguises and a different car each day to nervously commute to work.

Iran has been countering the cyber-attacks and assassinations by killing a Saudi diplomat in Pakistan and attempting to kill the Saudi ambassador to the United States by blowing him up in a popular public restaurant in New York that would have surely killed other innocent diners.

Manssor Arbabsiar, a 56 year old U.S. citizen with an Iranian passport has admitted his role in the $1.5 million plot that U.S. officials have connected to the Iranian government.

Iran is understandably nervous as it is hemmed in by countries that the U.S. has influence over, if not direct control of (See map below). 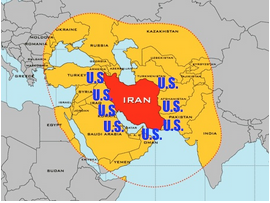 Also, drones are becoming the new war-hammer of choice by the Pentagon due to the lack of risk for loss of U.S. life. Over the last 2 1/2 years there have been six top secret U.S. drone bases completed and operational, and half are suspected to be able to reach Iran.

Israel and the U.S. are suspected of being ready to release a second generation set of programming codes for cyber-attack on Iran called "Stuxnet 2.0."

U.S. officials, while careful not to admit complicity with the cyber-attack on Iran, describe the next generation of destructive code to be like the difference between the Apple ll and a MacBook Pro ...and should even be able to extensively control the virus from outside Iran.

Imagine being able to do everything from turning off and on the lights in Abinajab's office to changing the direction of a launched Iranian missile! LOL!

Israel WILL take out the Iranian nuclear facilities by military action if pushed to do so, as they did with Iraq in the 1980s. 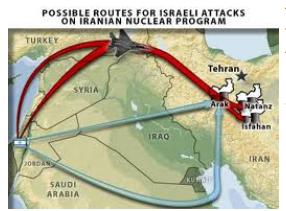 They have no choice because once Iran has a nuclear bomb,they KNOW it WILL be used against Israel. Israel can wait only so long.

The most effective weapon the U.S. has against Iran is to impose an oil embargo. While that would work quite well, the price of oil would skyrocket and this is an election year. Obama cannot risk the economic pain as his reelection chances hang by a thread.

All of this has caused Iran to act as nervous as a cat-on-a-hot-tin-roof. Abinajab can't string two coherent and rational sentences together in front of a microphone, always coming across as a nut-case. 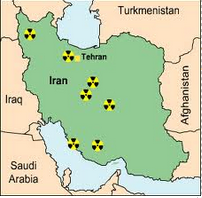 But, no fool, he's spread Iran's nuclear facilities over many areas and buried the key pieces deeply underground, making it far more difficult for Israel to achieve her military objective if she attacks.

It's not impossible for Israel to take out Iran's capabilities, just harder. Never underestimate Israel. Especially as God continues to bring His chosen people back into world focus.

So the cold hard facts are that the sanctions the western governments have tried so far, and covert operations aimed at destroying Iranian centrifuges and killing scientists, have not succeeded in changing Iran's intentions or stopping its work on arming nuclear warheads.

Which brings us to what the Bible says about Iran. Iran, as is always pointed out, is not actually Arab. Up until 1935, Iran was called Persia and had a distinctly different identity from the Arabs.

Persia is mentioned in the Bible 25 or 30 times with the most famous being as a partner in the Russian invasion of Israel. (Ezek 38:5)
No one can be sure just when this invasion will take place, some arguing just before or just after Rapture. But for several reasons we believe the invasion will happen just after the Rapture.

Regardless of the timing, Iran WILL have nuclear weapons. Identified as "Persia" in the Bible, Iran will be part of a Russian invasion of Israel that involves nuclear weapons (Read Ezekiel chapters 38 & 39).

To read additional articles on the topic of Muslims:
Click Here (for Islam's World Agenda) or Click Here  (for The Palestine Myth vs. The Cold Hard Facts )

For video presentations on the topic of Muslims: