Article: The Palestine Myth vs. The Cold Hard Facts

In the history of the earth, there has never been a country of Palestine!

For 3000 years the land between the Mediterranean Sea and Persia was conquered and rebuilt many times. In the order of conquest:

In 1917 Britain and France defeated the Ottomans in WWl and did what all victors do--they divided up the spoils of war. The British gave the Jews the right to return to their long sought homeland. The new Jewish area, called "Palestine" by the British, consisted of the land of Israel AND Jordan.

As you can see in the map below, area on both sides of the Jordan River/Dead Sea was given to Israel for her homeland.

Other nations were also carved out of the old Ottoman empire: Saudi Arabia, Yemen, Iraq, Syria, Lebanon, Oman, United Arab Emirates, Qutar, Bahrain and Kuwait. So to make the ridiculous claim that Israel is not a nation today would mean all those other nations would have to be illegitimate as well.

But despite all those newly created Arab nations, the Arabs vehemently protested against Israel's new land. So in 1946, the British divided Palestine, the land given to Israel, into two parts. West of the Jordan River was for the Jews and called Palestine. East of the Jordan River was for the Arabs and called Transjordan.
But that was not enough to satisfy the Arabs. November 29, 1947, the U.N. further divided up Israel into a Jewish and Arab state.

Therefore over 90% of the land originally given to Israel for her homeland was taken away and given to the Arabs for an independent Arab state.

But the Jews, having just been through the holocaust in Germany, and willing to take anything offered, accepted the partition. Not surprisingly, the ever-reaching Arabs rejected it.

Think about it, Israel gave up Jordan, and then was willing to give up most of the land on the west side of the Jordan River, keeping only 10% of what was originally given to them, just to have peace.

In 1948, on the day after the U.N. gave Israel her nation status, six Arab nations attacked Israel with over 800,000 troops. The Mufti of Jerusalem, Haj Amin Al Husseini stated,

Israel's one-day-old nation, with no standing army and no functioning government, had a total of 700,000 men, women and children to defend their new country.

Amazingly, God allowed Israel to hold on to most of the area, losing the West Bank to Jordan and Gaza to Egypt. They held West Jerusalem, but lost East Jerusalem and the Old City to the Jordanians.

During Israel's fight for her independence, Arab leaders told the Arab population in Israel to flee. They promised to push Israel into the Mediterranean Sea and then they could come back and live in the Israeli houses.

The Arabs that didn't leave Israel were made Israeli citizens and today have Israeli passports. They enjoy protection, stability and the highest standard of living for a middle class in the entire Arab Middle East.

Those that fled Israel are what today are called "Arab refugees." Their Arab brothers refused to absorb them into Egypt and/or Jordan as citizens. Israel however, absorbed some 3 million Jews that were expelled from Arab countries.

The U.S. insisted the so called "Palestinian refugees" have elections. They did and promptly elected Hamas, a terrorist organization, to run the government. They shoot rockets every week at Jewish neighborhoods.

The media gave them the name "Palestinians," but as stated above, "Palestine" was a name given for the Jewish homeland. An "Arab Palestine" has no history, no language, no distinct culture, nothing. They are simply Jordanians or Egyptians and they should be citizens in those countries. 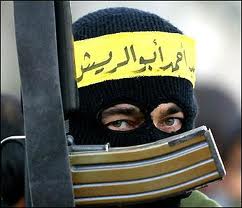 Today, "Arab Palestine" has pretty much a non-economy, no manufacturing, no exports, no monetary system and exists only by the billions Europe and the U.S. give them in foreign aid. Only a fraction of that foreign aid actually gets to the people, most falling into the personal hands of Arab/Muslim leaders.

The Palestinians have never recognized Israel's status as a sovereign nation nor wavered from their documented intent to wipe Israel from the face of the earth.

So what about the call for the United Nations to declare an Arab Palestinian State?

The purpose of the United Nations, as spelled out in its charter, is to maintain international peace and security. It recognizes nations if they meet four basic criteria.

(4) The capacity to enter into formal relations with other countries.

The Palestinian Authority does not meet these basic characteristics of a nation.

The Palestinian Authority has neither a permanent population, a defined territory, a government with the capacity to enter into relations with other nations and certainly the ability to keep international accords.

The Palestinian Authority does not control any part of the West Bank to the exclusion of Israeli authority, and it exercises no control at all in the Gaza Strip--instead it is still run by the terrorist organization Hamas.

All this makes the world a bit tense... but it was predicted in the Bible:

"... the Lord Will again recover the second time with His hand The remnant of His people... and will gather the dispersed of Judah From the four corners of the earth." Is. 11:11-12

The Lord brought the Jews back the first time from the Babylonian captivity. The second time was from the four corners of the earth.

"And it will come about in that day that I will make Jerusalem a heavy stone for all the peoples; all who lift it will be severely injured. And all the nations of the earth will be gathered against it."  Zech. 12:3

To read additional articles on the topic of Muslims:

or Here  (for Islam's World Agenda)

For video presentations on the topic of Muslims:

Click Here (for The True Goal of Islam and Shari'ah Law in the U.S.)

or Here (for What They're Not Telling You About Islam)