Why White Is Not Right

...Can the Ethiopian change his skin or the leopard his spots? Jeremiah 13:23

Why are some elected officials not stopping the riots, violence, flag burning and even forest fires? Where on earth did the idea of getting rid of police come from? Is it deep-seated racism in America, or something else? The answer is not a "conspiracy theory" as it's openly available for anyone to see.

For decades, revisionist history has been taught in our public and private schools, teaching that America is the cause of most of the world's turmoil.

Today, most high school students believe white men are to blame for the world's problems. And they're also taught that for hundreds of years white men have gotten rich by taking advantage of people of color.

You would be aghast to learn what children today are taught about Columbus, the Indians, our founding fathers, etc. And our world-changing Constitution is totally ignored.

Did you know that not only have God, prayer and all the Bibles been removed from public schools and the Pledge of Allegiance and American flags are optional? 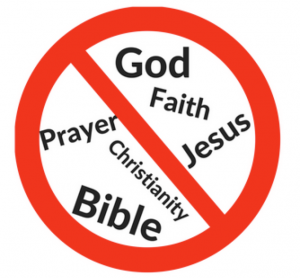 At least 1/3 of our population has not been taught what made America great and successful for so long. It's not just that school teachers are not giving God the credit for America's success, they are teaching kids our success was evil. The result is that students today have no clue who they are, how they got where they are or what they stand for today.

What gives? America's many problems, spiritual and non-spiritual, are fanned by "Critical Race Theory" or "CRT." Few have heard about it and those who have are usually confused.

In its simplest terms, Critical Theory, or Critical Race Theory (CRT) is pure Marxist racist ideology. CRT permeates not only schools but also government and even in churches. It's embraced in some form or another by over 50% of Americans.

CRT training sessions in public agencies have pushed a deeply ideological agenda that includes segregating people into racial groups. This means judging people by their group identity rather than their individual character, behavior and merit.

They say, "If you're white, you're racist, whether you admit it or not." And you can't respond or it's proof you're racist. This teaching in our schools and government is a cancer to our society...and left unaddressed, it will tear our country apart. 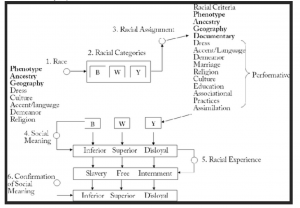 This horrible, Satan-based idea began in Germany in WW2, in the Frankfurt School of Critical Theory. It was heavily influenced by the late 1800s atheistic teachings of Karl Marx. Since atheism is not of God, CRT's foundation is from Satan.

Marx boldly taught Capitalism was the culprit for all problems in the world. Capitalism and freedom were bad; Marxism and bondage were good. Or, another way to put it, the Bible is bad; Satan is good.

Marx said all personal wealth must be redistributed so everyone had the same amount of everything. He said there should be no ownership of private property; everything should belong to the state. Whoever controlled the state would control who got what, where and when.

To get control of a government and achieve these evil goals, Marx encouraged hate speech and revolution as a means to implement his Satanic agenda.

Like the riots and arson-induced wildfires, CRT is simply another means to achieve Marxism, which is Satan's classic tool to put people made in God's image into bondage. George Floyd’s death was the opportunity to push the chaos buttons that were already being taught in our schools and government for decades. 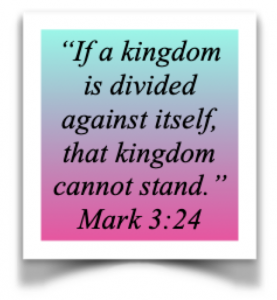 CRT divides all humans into groups, ridiculously claiming that everyone is either oppressed or the oppressor, based on their skin color. With this division established, they then claim the problem is structural racism, not individual racism.

They teach that the “white man” cannot understand his racism, or understand how the oppressed feel. They say all of society is a socially constructed concept used by white people to further their economic and political interest at the expense of non-whites.

They falsely claim all the white wealth in America was gained from oppression of Indians, Blacks, poor people, etc. This is where the call for reparations comes in—because all the white man’s wealth was passed down generation to generation.

Also, they claim all the “oppressed” groups are linked together. Women, blacks, transgenders, homosexuals, Indians, Muslims, and even workers are oppressed groups within the whole of the oppressed.

They, of course, fail to acknowledge that our nation lost 250,000 lives in the Civil War, primarily over freeing slaves. Today worldwide there are 94 nations without freedom laws and there are 40 million slaves in those countries. (Charlie Kirk, October 2020)

America is a representative republic founded on the fact there is a God. Our forefathers correctly believed that God gifted man with certain rights, and when we follow Biblical boundaries we realize those gifts' benefits.

If we stray from those Biblical boundaries, our spiritual benefits begin to erode. We obviously are seeing that today. Most of our churches have been rendered Biblically rudderless by pastors making major decisions based not on Scripture, but on feeling. 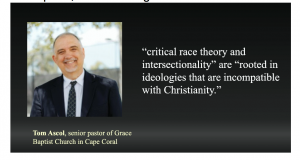 As I said, CRT is senseless, but they teach all this as fact and say if you’re not in one of the oppressed groups, you cannot understand; therefore, you can't discuss or critique their claims or you’re a racist.

So they riot, because they are falsely taught they're oppressed by all white people. Unbelievable! 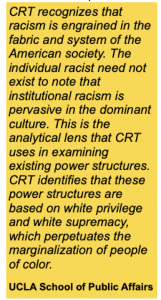 I would argue the oppressed are the most financially solid group of people in the world. No group of Blacks, Indians, or other minority group in the U.S. have been given more opportunities to succeed than here in America.

Those who legally immigrate here and work hard have just as much opportunity (if not more) than any other group.

Christians should know better than to buy into this nonsense, but prominent names have been duped, including Max Lucado and Calvary Chapel’s Brian Brodersen. Jeremiah Wright, Obama's so called pastor, bought this hook, line and sinker.

Even the Southern Baptists have bought into this movement. At the SBC National Convention in June 2019 they passed a resolution with a strong majority on supporting "Critical Race Theory." I fail to see why the Baptists have any need for Marxism. Don't fall for the Satanically rooted lies.

There is only one way out for our country, and it's not to divide everyone into groups. The only answer is being accountable to and maturely understanding our Creator God and His written instructions for success.

How blessed is the man who does not walk in the counsel of the wicked,
Nor stand in the path of sinners,
Nor sit in the seat of scoffers!
But his delight is in the law of the LORD,
And in His law he meditates day and night.
He will be like a tree firmly planted by streams of water,
Which yields its fruit in its season
And its leaf does not wither;
And in whatever he does, he prospers.
Psalm 1:1-3

True success and fulfillment in life only comes from trusting the Lord and living by the commandments in His Word. And your foundation can only begin by trusting Jesus Who will change your weary heart with new and eternally purposeful life.