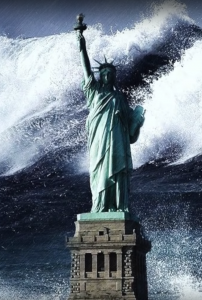 When the 300 Foot
Waves Swamps America

One of the most incredible prophecies ever described in the Bible regarding mass destruction on this earth takes place during the future 7-year Tribulation.
In 1450 BC, back during Israel’s Egyptian bondage, God reached a point where He was no longer willing to be silent. He had heard the cries of His people and took amazing action for the world to see and remember…and for the purpose of making His name known. 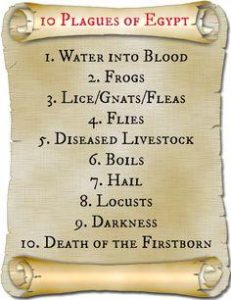 “Then the Egyptians will know that I am the LORD,” Ex. 14:18
And today, pretty much the whole world knows about those 10 horrific plagues that God unleashed on Egypt. When it was all over, there was no doubt in any Egyptian’s mind that God was not only God, but also that He loved Israel and was actively protecting her.
Fast-forward 3500 years to today and the situation is not much different. God has been quiet for some 2000 years. Miracles have happened, and He’s of course answered prayers. But nothing has happened that the world could point to like the parting of the Red Sea or making the sun stand still in the sky.
Yet there’s a time in the not-too-distant future when the Lord will no longer be silent. And He will make the 10 plagues look like child's play. When this happens, God will finally deal with all the lying and Biblical sin on the earth. He will protect His name and the world will know He’ll be actively protecting Israel.
Ezek. 38:23 “I will magnify Myself, sanctify Myself, and make Myself known in the sight of many nations; and they will know that I am the LORD.”’
And it’s during God’s blazing wrath unleashed from heaven to earth during the future 7-year Tribulation that the Bible says He “shakes” the heavens.” 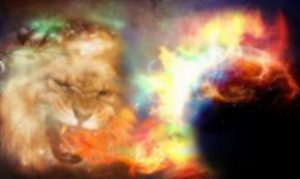 “There will be signs in sun and moon and stars, and on the earth dismay among nations, in perplexity at the roaring of the sea and the waves, men fainting from fear and the expectation of the things which are coming upon the world; for the powers of the heavens will be shaken. Luke 21:25-26
The Bible says the nations of the world will be in dismay—perplexed by the waves in the seas around the world. Men are falling down, fainting, due to God shaking the heavens so violently.
“Therefore I will make the heavens tremble, and the earth will be shaken from its place at the fury of the LORD of hosts in the day of His burning anger.” Is. 13:13
The Bible talks a lot about this coming event. But notice it’s not just the heavens that are shaken during the Tribulation… He shakes the earth too.
“For thus says the LORD of hosts, ‘Once more [in the future], I am going to shake the heavens and the earth, the sea also and the dry land.” Hag. 2:6
Even though it’s hard to imagine, the earth is shaken so violently that every island on the planet sinks into the ocean and every mountain is thrown to the ground! That would flatten every building on the planet. From skyscrapers to one-story huts, everything falls flat. That’s a lot of shaking going on! Those that survive won't know what to do!
"...and they said to the mountains and to the rocks, “Fall on us and hide us from the presence of Him who sits on the throne, and from the wrath of the Lamb;" Rev. 6:16
This is the time that the Lord finally says He’s had enough of the proud earth-dwellers' sinful lying. This will be the post-Rapture moment when He will no longer be silent and punishes the earth for its Biblical sins like abortion, homosexuality, lying, etc. No one is getting away with anything at the moment!
“For the LORD of hosts will have a day of reckoning against everyone who is proud and lofty and against everyone who is lifted up, that he may be abased. … Against all the lofty 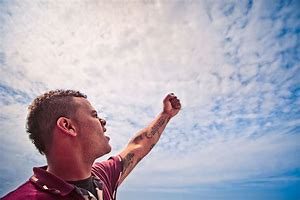 mountains, against all the hills that are lifted up,” Is. 2:12,14
And in this righteous anger that's been quiet for 2000 years, He shakes the earth quite violently.
“The fish of the sea, the birds of the heavens, the beasts of the field, all the creeping things that creep on the earth, and all the men who are on the face of the earth will shake at My presence; the mountains also will be thrown down, the steep pathways will collapse and every wall will fall to the ground.” Ezek. 38:20
Now when the earth is shaken so violently that the mountains all over the earth are thrown down and the islands sink in the oceans, enormous waves will be created. And they’ll come crashing to shores worldwide.
We’re talking 300 to 500 foot waves submerging New York, LA and Seattle. All coastal cities in the USA and around the world will be devastated for miles inland.
I wrote an article about the probability that the latter-day Babylon prophecies of future destruction could easily be a parallel reference to the United States.

“The sea has come up over Babylon; She has been engulfed with its tumultuous waves. Jer. 51:42 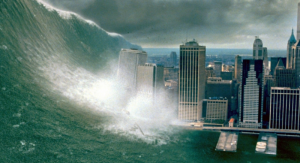 If I’m correct, then these references about this end-time city being engulfed by water would be a prophecy for New York City's total destruction.
“For the LORD is going to destroy Babylon, and He will make her loud noise vanish from her. And their waves will roar like many waters;…” Jer. 51:55
“This is the exultant city which dwells securely, who says in her heart, ‘I am, and there is no one besides me.’ How she has become a desolation, a resting place for beasts!…” Zeph. 2:15
However, even if I’m wrong about New York City being the future Babylon that is destroyed, New York will still be leveled during the Tribulation destruction caused from the worldwide violent earthquakes and gigantic waves created when God shakes the earth. It’s such a destructive time that Mark says this:
“Unless the Lord had shortened those days, no life would have been saved; but for the sake of the elect, whom He chose, He shortened the days.” Mark 13:20
We as Believers won’t be on the earth. Thankfully, God promises we’re not recipients of His wrath.
“For God has not destined us for wrath, but for obtaining salvation through our Lord Jesus Christ,” 1Th. 5:9
We’re 100% sure that all that unimaginable destruction is coming because God said it would. You can bank on it.
“Behold, the former things have come to pass, now I declare new things; Before they spring forth I proclaim them to you.” Is. 42:9
God gave us Bible prophecy to PROVE He is God. Only God can predict specifics in the future with exact precision. He’s done it in the past as a testament to being God. Prophecy is so important that some 30% of all Scripture is prophetic in nature.
The Bible gives us a sobering admonition directed to those of us living in the Church Age… 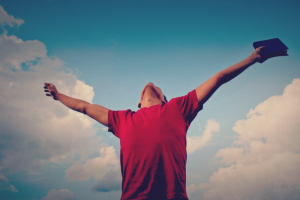 “And His voice shook the earth then, but now He has promised, saying, ‘YET ONCE MORE I WILL SHAKE NOT ONLY THE EARTH, BUT ALSO THE HEAVEN.’ This expression, ‘Yet once more,’ denotes the removing of those things which can be shaken, as of created things, so that those things which cannot be shaken may remain. Therefore, since we receive a kingdom which cannot be shaken, let us show gratitude, by which we may offer to God an acceptable service with reverence and awe; for our God is a consuming fire. Heb. 12:26-29
The world may laugh and sneer at God today, but we we know in the not-too-distant future our God will remove His Church and then come out of His quietness like a consuming fire. And it will be a never-ending nightmare for those left behind. In the meantime, we’ll continue to honor our Creator God with gratitude and reverence!
Use us, Lord, to be a light to a dark, unsuspecting world!