Tracking the Coming Collision of Heaven and Hell 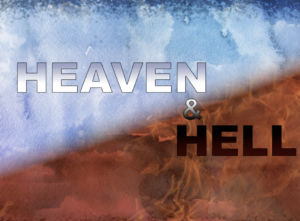 We are at another crossroads on our way to the collision between heaven and hell.

Since the Globalists/Satanists have an agenda and the fruits of that agenda are outlined in scripture, it’s helpful to look at what’s going on from their perspective.

Despite their best efforts to lie and hide the truth, the Globalists/Satanists are being exposed in their quest for world control.

Half the population won’t go along with their demand to va((inate. This is mainly due to all the info coming out about the excess deaths, the va((ine not working, finding out what’s actually in the va((ine,(3) etc. And the world continues to back off the restrictions.(1) 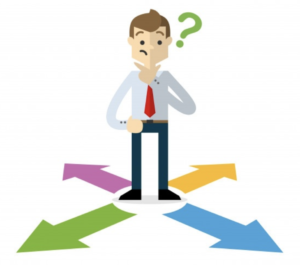 So it appears there are two ways this could play out. On one hand, mandates are being dropped left and right. There are many who believe this is because Biden is trying to save the elections from disaster this fall.

And for sure, if elections were held today and properly counted, the Dems would be run out of office, big-time. They’ve even lost up to half of the Black vote.

So the theory is that the Globalists/Satanists have no choice but to prop up the Dems by allowing Biden to declare “Victory over Covid” in his State of the Union speech on March 1. 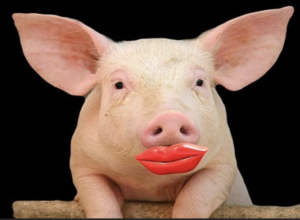 Then, between now and the elections, they’ll be putting lipstick on a pig so that when they do count the votes (in the wee hours) they can justify their holding the House and Senate because that’s what the “polls” showed.

Just like last time, if elections are held, they will do whatever necessary to keep control. I can’t imagine the Republicans gaining control of both houses and all the evil people brought to trial—although that’s a wonderful thought. But we can hope and pray!

On the other hand, on the more sinister side, they’re continuing to push this Russian war narrative like crazy. Almost as hard as they did va((ines. Hmmm...

So the other theory is that they have no intention of holding elections. They’re going to use something like a “Russian war” (real or fake) to blame Russia for taking down our electrical grid and the Internet.

This would cause so much chaos due to a banking shut down and food shortages that they could justify declaring Martial Law, for our own good and safety, of course.

When the lights come back on, to get to use your new digital dollar equivalents and the Internet, they’ll demand you have taken the va((ine and give up your guns—to make it more safe, of course.

A one-world digital currency is their ultimate goal. You'll eventually have to have that famous "Mark of the Beast" to transact business. Thankfully all that comes post-Rapture.

Point is, between now and the Mark of the Beast, there’s so much truth being exposed on alternative media that they simply can’t allow it to continue. 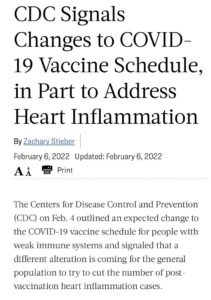 CNN has lost 90% of its viewership. Biden is polling lower than Jimmy Carter did at this time of his Administration. So they could very well believe they have no choice but to shut down everything and “build back better.”

Even the CDC is backing off their GMT (Gene Modified Therapy) schedule. That's quite the admission of guilt.

But they will continue "drop" more problems on the public to be able to move toward a digital currency. And it will continue until the Rapture.

Now is a good time to mention that I believe the Bible teaches that everything will be relatively normal until the Rapture. There will be an economy, food, building, and weddings right up until the great Rapture of the Church Believers.(2)

We’ve had currency resets and governments close in the past. But if I’m correct about the “Days of Noah,” any shut-down will be short-lived and we’ll work our way out of it.

And I also believe that the Rapture will probably occur in the fall at the end of the Feast of Rosh Hashanah at the last long blowing of the Shofar called the “Last Trump.” Sure fits this year.

Just to be sure my last comment is not misunderstood, I DID NOT SAY THE RAPTURE WILL HAPPEN IN SEPTEMBER! I just said it fits well. It could happen in 2033 for all I know.

Everything we're seeing was prophesied in the Bible. So it certainly makes sense that we would see Satan getting his troops ready to take over.

And whether we're finishing a birth pang at the moment and get a reprieve for a while, or the lights go off and we feel some pain, God's got us here for His purposes. We just need to walk boldly through any doors He opens and proclaim the Gospel truth.

Again, a September 2022 Rapture fits nicely amongst all these crazy events going on. But regardless if it's this year or not, the spring and summer should give us an idea of where all this is headed.

The best case would be for elections to be held, even if they continue to count votes poorly. I can’t even imagine the worst case. 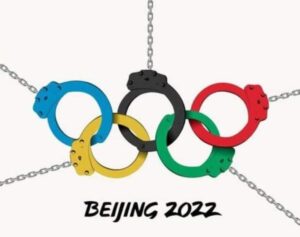 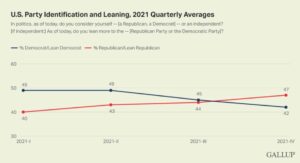 If you have time to watch only one video, this is the one to watch!

It's pretty simple, if you got a GMT from a bad lot, you lose. And of the bad batches, some doses are worse than others. And it's so interesting that two of the most heavily hit states are Florida and Texas! Stew Peters and Dr. Jane Ruby. 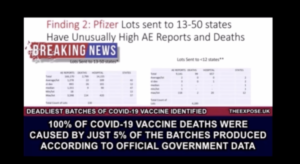 A heart-breaker for so many families, GMTs have caused over 400K spontaneous pregnancy terminations.

Well, let's just say I'm glad he's on our side! He nails it!

Dr. Lee Merritt and Alex Jones walk you through a most interesting expose' of the 5G rollout. If there's anything we've learned since this Covid thing began, it's that we can't trust our government to protect us. 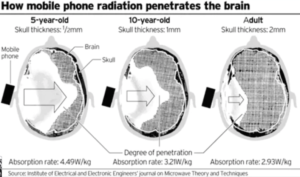 There seems to be a direct connection between 5G and Covid cases. Something is not right about 5G and I'm still researching.

New Cancers Are Off The Charts In People Who've Had GMT!* 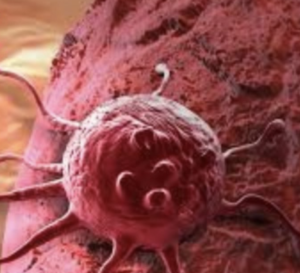 Pathologist Ryan Cole gives an impromptu interview that is eye-opening! What he's dealing with will shock you!

Forced GMTs* Were Discussed in 2015

This is amazing... a direct link to an article from March 2015 warning about the Fed's plan to force GMTs* on the American population. We were asleep at the wheel thinking, "Nah, never here."

Who Owns You If You've Been Changed by GMT*?

The genetic changes to the human genome are being claimed by patent holders who say those who are modified by GMT are a new human species. Solid interview of an attorney representing 400K military servicemen.

The Real Reason Joe and Hunter Let Our Afghan Air Force Base Fall To Our Enemies... 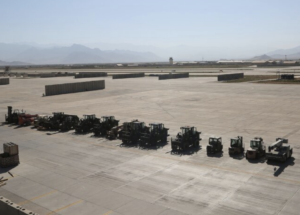 Ah, now it makes sense. Guess who will soon control Bagram, the Afghan Air Force Base we left... China! They're expecting the Taliban to invite them! Seems they invested well in the Biden family.

More doctors are coming forward with evidence that the GMTs against the China virus are actually causing significant side effects, including death. But we hear nothing but crickets from the mainstream media.

Those Va((inated Now Have "Razor Blades" In Their Blood

The Doc on the video who first exposed this was murdered. The world must know what's going on!

The Dark Agenda of the GMT

Dr. Sherri Tenpenny and Clay Clark have a wide-ranging discussion of the lies perpetrated and resulting difficult possibilities ahead.

Mike Adams unhinged ... this is the worst possible scenario—forced Covid Camps, forced GMTs and more. Don't watch this one late at night! Let's hope we're coming out of a birth pang and it doesn't get to this! 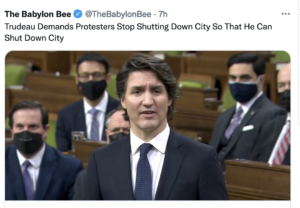 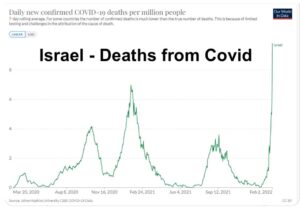 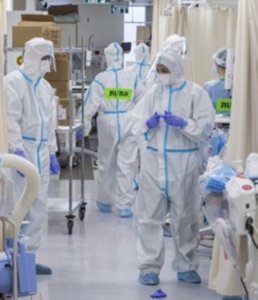 Prof. Jacob Giris, director of Ichilov Hospital’s coronavirus ward, said “Most of our severe cases are vaccinated, they had at least three injections. Between 70% and 80% of the serious cases are vaccinated...the vaccine has no significance regarding severe illness”

Japan told the CDC they are going a different direction, no more GMTs... so how's that working out? Well, they began using Ivermectin, and check out this chart... 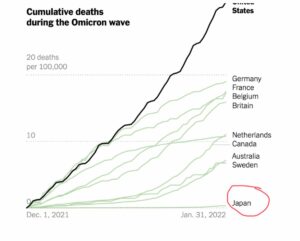 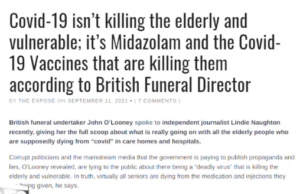 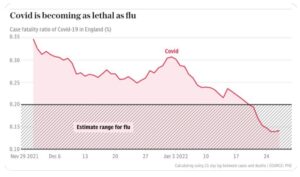