The Sin of Censor

The Sin of Censor 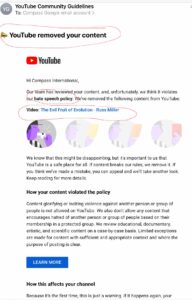 The video, as you can see in the picture of the email we received, is by Russ Miller on the topic of evolution.

We'd made a decision a couple years ago not to upload any of our Steeling the Mind Conference videos by doctors dealing with va((ines, or elections, etc. Rather we wanted to keep the channel open for our Bible teaching videos. We thought that was safe.

Now it seems that they are not stopping with restrictions on va((ines and elections, they're now coming after doctrines that they disagree with...like God's creation.

These numb-nuts have no clue that the Bible ties the "Wrath of God" to the "suppression of truth."

God absolutely HATES lying, calling it an "abomination." (Pro. 6:16). But suppression of the truth takes it up a notch bringing on the "wrath of God." And during the Church Age, God's wrath has been stored up for the Day of the Lord, which begins at the Rapture.

And isn't suppression what's going on today? The Globalists/Satanists are now not only censoring truthful comments that expose their lies, they're moving into religion. In particular, evangelical Christians.

The only truth being suppressed is from people who are conservatives and/or Christians who try to tell the truth about what the va((ines, elections...and now Bible doctrines.

Evil is suppressing good. So today you could translate that Romans 1:18 verse to:

For the wrath of God is revealed from heaven against the Globalists who censor God's righteous truth.

The Globalists, of course, have no clue that God's in control. They've been duped by Satan, who is pure evil, and will be stunned when he discards them like dirty dishrags and bring His Holy wrath down on this earth.

In the meantime, expect to have fewer and fewer avenues to hear truth. I'm guessing 70% of the news is fake. And 95% of news about deadly va((ines, the 2020 election, the Ukraine war, border, etc., is total lies.

Here's another example—the recent headline describing a half-marathon race held in Brooklyn, NY, where 15 people were injured and one died. When I first read that headline, it sounded like it was a terrorist attack.

But nope, not a bomb. The CNN article went on to say that the 30-year-old had a heart attack and 15 other runners were admitted to the hospital.

The article concluded that the unusually high number of health problems for this medically fit group was due to the “unseasonably hot weather.”

However, as I looked more closely, the temperature was 70 degrees at the beginning of the race at 7 AM. Hardly stifling heat. Most runners were finished by 8:30 AM. Those walking were finished by 10:30 AM. So again, they’re lying. What are they covering up?

As it turns out, to enter the race you had to show proof of vaccination. And well-conditioned vaccinated athletes are having lots of heart problems these days. Lots.

And it’s not just well-conditioned athletes who are having health issues. We’re hearing, and I bet you are too, about friends or family dying or having heart attacks who never had those health problems before. Or cancers roaring back that had long been conquered.

So many people are dying or getting sick that my first question is, "Were they va((inated?" Although sometimes it's better not to mention it.

Worldwide non-covid deaths are skyrocketing.(1) And well over 90% of these unexpected heath problems and deaths are in vaccinated people.

We all know why. We have seen through their lies. Satan and his globalists/Satanists minions are killing people with vaccines. Our evil adversary doesn’t want the public to find out this truth.

So they keep pushing the fear of war, food shortages, border problems, inflation, Monkeypox, baby food or whatever it takes to keep people’s minds off the fact vaccinated people are dying left and right.

How long can they keep this charade going? My guess is at least to September.

The Coming Great Reset
25-minute video
CLICK HERE
This is a very well-done video excellently explaining what's going on in our world. As you watch it, remember, it's Satan who is behind all of it.
Proof Monkeypox Had "Gain Of Function" (made more deadly) 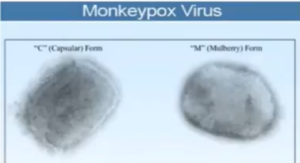 30-minute video
CLICK HERE
A leading Orthopox (Monkeypox) Virus researcher conducted at least 2 rounds of "gain of function" research on viruses related to smallpox. This means they were trying to make it more deadly for humans when released at the right time in the right place. Plus Amazing Polly shares other fascinating revelations about bio-terror 'research.'
Not to mention, Monkeypox was carefully planned in 2021 to be released on May 15, 2022. CLICK HERE to read article.
Why More And More Pilots Can't Fly 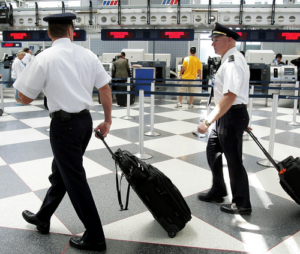 10-Minute Video
CLICK HERE
This breaks your heart. Forced into taking the va((ine or lose their high income, more and more pilots are flying sick but not telling anyone. Not good—a disaster waiting to happen. The Highwire with Del Bigtree.
Don't Fall For The Bird Flu Scam

Article
CLICK HERE
The normal bird flu is normally harmless to humans. But leave it to Gates and Fauxi to fund research to develop a bird flu poison capable of infecting humans. These guys should be arrested for crimes against humanity!
Today—Recorded In 1967!

23-minute video
CLICK HERE
This gives understanding to how the Illuminati and Council on Foreign Relations are tied to the New World Order. Just hearing the facts is unnerving. Just saying.
Catherine Austin Fitts On The Coming CBDC

32-minute video
CLICK HERE
Great financial insight into the tyranny and push for financial control taking place across the globe. CBDC (Central Bank Digital Currency) is coming...possibly before the Rapture. So be aware!
FDA Says "Yes," Aborted Cells Are In Va((ines 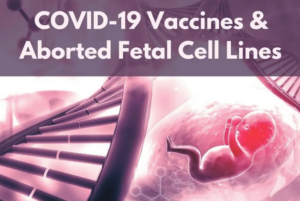 Because politicians and other high profile individuals are claiming that vaccines do not contain aborted fetal material, ICAN made a simple request to the FDA for “[d]ocuments sufficient to show that the MMR, Varicella and Hepatitis A vaccines contain material from the cell line of aborted fetal tissue.”
After 238 days, the FDA finally confirmed/admitted that there is material from aborted fetal tissue in the vaccines. Sounds like those denied a religious exemption from taking the va((ine should be contacting their attorneys. CLICK HERE to read letter from FDA.