Recently I was interviewed by a liberal Christian Internet Magazine regarding our Steeling the Mind Bible Conference.

I agreed to the interview knowing it was possible the interviewer, Cassy Benefield, could rake me over the coals. But duty calls...

In our preliminary discussions, I judged she was probably a Believer, just not into the same fundamentals of Biblical faith that I teach. So I was expecting some steel-on-steel as I defended Compass's doctrinal parameters.

The interview began with Cassy explaining that she used a "Media Bias Chart" (shown below) to gauge how liberal or conservative different Internet sites were. She gave me the link so I could look at the chart. 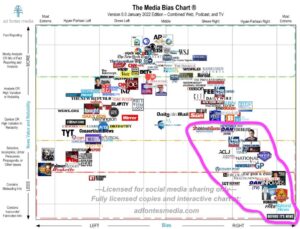 She proceeded to tell me that in most of my Compass eNews articles, the sources I used fell at the very bottom far right of the chart. This meant to her that my sources were on the fringes of Christianity. She wanted me to justify my using these sources.

As you can see in the chart, many of the Internet sites I link to as my sources ARE to the far right...at least as far as the person who made the "bias" chart is concerned.

Of course, CNN, ABC, NBC, etc., what I'd call "Liberal Media," were nicely centered in the middle of the chart... making them "trusted"...she trusted them to be dependable. Those to the left or right on her chart were out of kilter. What a hoot!

I was polite, not verbalizing my numerous problems with what she had just presented. But if I had made the chart I would have put the CNN, ABC, NBC, etc., (the liberal media) on the far left and most of my sources in the middle. This proves her chart is quite subjective.

But to answer her first question, I began by explaining that those shown in the middle of her chart reported 24/7 for four years that the Steele Dossier/Russia/Trump scandal was legitimate and trustworthy news.

Yet today we know all of it has been exposed as a lie created by Trump's political opposition campaign of Hillary Clinton. Yet those listed on the far right of her chart were reporting the truth all along.

I then explained that liberal media ignored the obvious va((ine health problems and have continued to parrot Big Pharma's lies that the shots are safe and effective. 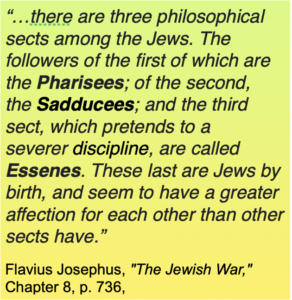 Now vaccinated people are dropping dead all over the world. Yet those on the "fringe" have told the truth from the beginning, warning millions who would listen to real science.

I then gave her a Biblical example of why the majority thinking is not always correct. I explained that in the time of Jesus there were three groups of influence in Israel—the Pharisees, the Sadducees and the Essenes.

The Pharisees were the rule keepers. They were relentless in their effort to demand everyone do everything by the strictest interpretation of the Torah.

But they did all this for show only, while disregarding the more important parts of scripture. Today we would refer to them as legalists—majoring on the minors. 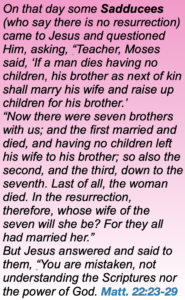 The Sadducees were less into the rules in the Torah... not even believing there was an afterlife. They believed when you died, that was the end of everything.

The Sadducees were upper-class aristocrats who worked with the Romans to ensure the Jewish animal sacrifices were never stopped.

They were in charge of the Jewish Temple which would include organizing and presiding over the three Jewish pilgrimage festivals as well as presiding over all the animal sacrifices. 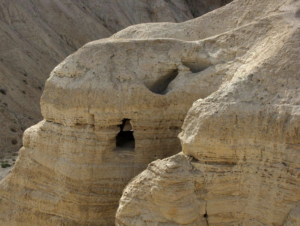 But there was also one additional group, the Essenes. They were much smaller in number but some lived in "every town," according to the Jewish historian Josephus.

There was a large group that lived near the Dead Sea, Qumran, and it was this group that is given credit for hiding most of the Dead Sea Scrolls. Many think John the Baptist was an Essene.

They had some real peculiarities. For instance, most were unmarried so they could devote their lives to the Lord. They forbid making oaths and owning slaves. 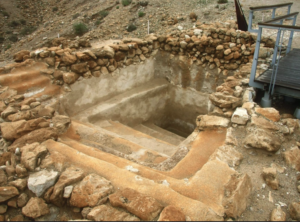 They bathed several times a day (see pic of steps into a miqveh/bath area). They also wouldn't make animal sacrifices, which really drove a wedge between them and the Pharisees and Sadducees.

But the most interesting thing about them was that they believed in two Messiahs. The first was to come as a priestly suffering Messiah. The second would come as a triumphal King.

So the Essenes, small as they were, were the only group looking for a suffering Messiah to arrive. But because they were considered by the larger and louder Pharisees and Sadducees to be on the "fringe," they were ignored.

When Jesus came, the Pharisees and Sadducees were looking for a Moses-like Messiah to pull the yoke of Rome from their necks. Jesus didn't fit their incorrect Messianic expectations, so they murdered Him.

The point I made to Cassy was that just because the mainstream-media believes something is true, it doesn't mean it's actually true.

God may allow a small minority to understand what the majority misses. And to her credit, she said, "I see your point."

The rest of the interview went fairly smoothly. As it turned out, she accurately published what I said, but then came "the rest of the story" that she failed to mention.

She asked an Amillennial Presbyterian, a college professor, and a Catholic Priest to comment on my scriptural points. Naturally I wasn't given a chance for rebuttal.

These liberal Christians (nicest words I can think of) didn't use any dispensationally applicable scripture to prove what I said was wrong. Rather, they mostly just used words to ding me like being "fringe" and pushing "end-times global conspiracies."

But then again, that's what the main-streamers in Jesus' day thought about the Essenes—who were the only ones looking for a suffering Messiah. So hey, I'd say we're in good company!

(You can read the interview HERE) 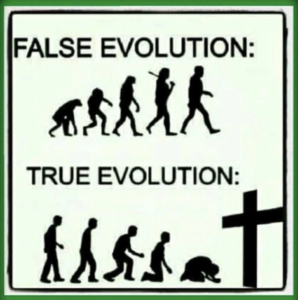 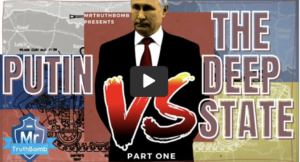 Putin Vs. The Deep State

Lots of good info here. Great background/history on what's really going on in Ukraine. At the 1 hour 40 minute mark it gets into some quite speculative theory that may or may not be true. But the first 99 minutes of historical info is amazing. 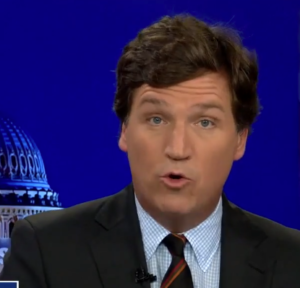 Has Ukraine Distracted You From The Real Crisis?

Tucker Carlson lets it rip in a way only Tucker can... showing the real reason the Ukraine war is blaring all over the airwaves 24/7.

How To Respond To A Deceived Pro-Covid Vaxxer

JP is at it again (humor). Great comebacks you can use with your va((inated friends and family. If you liked JP last week, you'll love this!

Victoria Nuland, U.S. undersecretary of state for political affairs in the Biden Administration, tries to block Jerusalem from fulfilling Bible prophecy. Good luck with that one!

WHO To Take Control Of Worldwide Healthcare

WHO's ultimate goal is to seize complete control of world health so they can demand all nations follow their dictates. Both red and blue states would then have no choice but to follow the world in whatever is mandated by those unelected representatives of Satan.

This is worth seeing if you've not viewed it—6 million people have already viewed it. It will blow you away with its uncanny truths, especially since it was created six years ago! 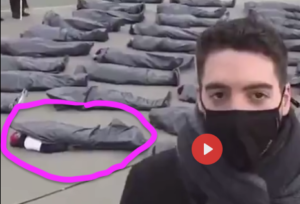 LOL! This Is Why You Can't Trust What Is Shown On TV!

This video is not from the Ukraine, it's from a climate change protest. So even that's a lie. But it does show why you can't trust what you see on major network TV!

"Climate Change" is quiet for the moment, the Globalists/Satanists are preferring to use the Ukraine war to scare people. But trust me, Climate Change is not dead. It'll be back sooner than later. So this is an excellent short concise video recap of the FACTS everyone needs to know. 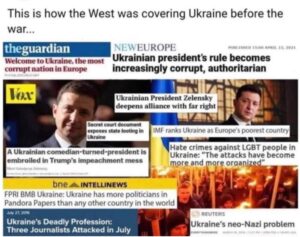 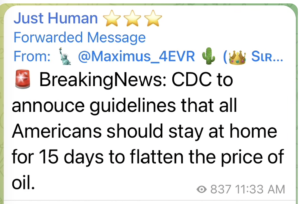