The Eight Stages of Armageddon

The Battle of Armageddon: A chronological order of events in 8 Stages.

Stage 1: Gathering of the Armies of the Antichrist

The assembling of the armies begins at the same times as the divine judgement of the sixth bowl. At this time the Euphrates River will be dried up, making it faster and easier for the armies of the "kings from the east" to assemble. The armies joining him will be those of the seven remaining kings out of the ten described in Daniel 7:24-27 and Revelation 17:12, 13. Their goal will be the final destruction of the Jews. (See Revelation 16:12-16)

In this stage, the activity shifts from the gathering of the armies of the Antichrist to the destruction of Babylon. While the Antichrist is with his armies in Armageddon, his capitol will be attacked and destroyed.* Babylon will be a worldwide economic and religious center of activity during the tribulation. The warfare will be intense and the destruction will be massive. Although the Antichrist will be a world ruler, his control will not be so absolute as to prelude rebellion or opposition. He will try, but it will be tactically impossible. (Revelation 17-18; Daniel 11:41; Jeremiah 50-51; Isaiah 13-14)

* The location/true identity is unknown. Most scholars theorize a rebuilt Babylon in Iraq or a reference to existing New York City.

The campaign now shifts into the desert and mountains, probably to the location about 80 miles south of Jerusalem to the area of Bozrah/Petra. At the beginning of the second half of the tribulation, after the Antichrist breaks his treaty with Israel, pollutes the newly rebuilt Holy Temple, and issues a decree to kill the entire Jewish population. One third of the Jews will make it safely out of Jerusalem and flee into the desert. (Zechariah 13:8; Daniel 9:27; Isaiah 33:13-16; Jeremiah 49:13, 14; Micah 2:12; Matthew 24:15-31; Revelation 12:6, 14)

Stage 5: The Regeneration of Israel

The prayers of the Jews are answered as Jesus Christ will return to earth to defeat the armies of the Antichrist at Petra/Bozrah and begin the final portions of the campaign. He will return to earth in the clouds, in the same manner in which He departed. At His second coming, Jesus Christ, the Messiah, will enter battle with the Antichrist's forces, fighting him without human assistance, with the word of His mouth. He will quickly and easily defeat them. According to Jude 14-15 and Revelation 19:11-16, Jesus will return with an angelic army and with the church of saints who had been raptured  prior to the tribulation. (Isaiah 34:1-7; 63:1-6; Habakkuk 3:3; Micah 2:12-13).

In this phase the Antichrist will be slain by the true Christ. Beginning at Bozrah and moving back to Jerusalem and the Kidron Valley (also known as the Valley of Jehoshaphat), Jesus,  the Messiah and Kind of the Jews, will miraculously engage and destroy the Antichrist's forces. (Habakkuk 3:13; II Thessalonians 2:8; Joel 3:12, 13; Zechariah 14:12-15; Revelation 14:19, 20)

Stage 8: The Ascent to the Mount of Olives

With the destruction of the Antichrist and his forces complete, the campaign will be over and Jesus will go and stand on the Mount of Olives in a symbolic victory ascent. When this happens, there will be a number of cataclysmic events that will bring the tribulation to an end. As described in Zechariah and Revelation., The supernatural calamities that come upon the world at this time, including the greatest earthquake the world has known, correspond to the seventh bowl of judgement. As a result of the earthquake, Jerusalem will split into three areas and the Mount of Olives will split into two parts, creating a valley. In addition to the earthquake there will be a tremendous hailstorm and a blackout with an eclipse or darkening of the sun and moon. With subsiding of these events, the campaign of Armageddon and the tribulation will end. It is fitting that such worldwide catastrophes accompany the global judgement and Christ's second coming. (Zechariah 14:3-5; Joel 3:14-16; Matthew 24:29; Revelation 16:17-21). 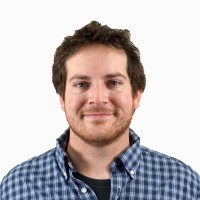