The Coming Shake, Rattle and Roll

“...there will be great earthquakes, and in various places plagues and famines; and there will be terrors and great signs from heaven.” Luke 21:11

The Bible says there will be a huge increase in earthquakes during the future 7-year Tribulation. So we should expect to see them beginning BEFORE the Tribulation begins.

Earthquakes are mainly caused by two enormous pieces of the earth’s crust, which are normally tight against each other, losing their grip. These tectonic plates continuously move, causing this slippage under, over and sideways. And when this happens, the resulting jerking motion is what we refer to as an earthquake.

Earthquakes are very unsettling to endure. No one likes the ground moving under their feet, much less buildings falling down all around. 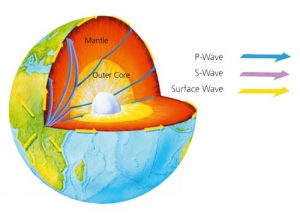 There were no earthquakes before the flood of Noah
The earth was originally created perfectly balanced with no earthquakes, no volcanoes, no hurricanes, no tsunamis or tornadoes. But God's wrath, brought down on a sinful earth, changed all that.

When God flooded the earth, mostly from water below, it caused the earth’s crust to become unstable resulting in earthquakes, volcanoes, etc. It’s estimated today that over 80% of the earth’s surface material is of volcanic origin.

The upside to having earthquakes is that they relieve the pressure brought on from those continuously moving tectonic plates. Volcanoes also relieve the pressure from below the earth’s crust. Even hurricanes moving great amounts of moisture from one area to another actually help stabilize our planet.

Again, none of these problems were present pre-Flood. And none of them will be present during the Millennial Reign of Jesus. God will shake the earth so drastically at the end of the Tribulation that ALL of the mountains fall… which will relieve so much pressure that it will bring to a halt all hurricanes, tornadoes, tsunamis and flooding.

"...there was a great earthquake, such as there had not been since man came to be upon the earth, so great an earthquake was it, and so mighty. . . And every island fled away, and the mountains were not found." Rev. 16:18, 20

“There will be signs in sun and moon and stars, and on the earth dismay among nations, in perplexity at the roaring of the sea and the waves, men fainting from fear and the expectation of the things which are coming upon the world; for the powers of the heavens will be shaken." Luke 21:25-26

With the pressure relieved on the tectonic plates, Jesus will reign for 1000 years without having to deal with disasters like hurricanes, earthquakes, volcanoes, etc., because the earth's shape will be more like the original smoother shape before the flood.

Birth-pang ramp-up to Tribulation
But the Tribulation, God's 7-year wrath on earth, comes just before the Millennium. Since all the Tribulation wrath is described as coming like “birth pangs” (Mat. 24:8) to “all the earth,” (Luke 21:35) it makes sense that a ramp-up period of earthquakes will begin prior to the Tribulation.

That means we should see earthquakes and volcanoes begin to occur more and more frequently as the Church Age draws to a close. And we may be seeing some of that now. 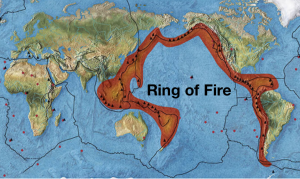 Worldwide there are some 1500 volcanoes, and there are 169 active and inactive volcanoes in the USA. The western coasts of North and South America, from the southern tip of Chile to the northern coast of Alaska, border the Ring of Fire, which has the most active earthquake spots on the planet. And some strange things have been happening in the last few weeks.

Puerto Rico is shaking like never before as over 500 earthquakes, magnitude of 2 or greater, have rattled the island since December 28 and over 1000 since December 1. A monster 6.4 magnitude quake flattened the island's south end on January 7. And the smaller quakes were mostly shallow, not too deep down, which means most everyone on the island is almost continuously feeling the ground moving.

In Alaska’s Aleutian Islands on January 12 a volcano erupted sending ash 25,000 feet (5 miles) into the sky. Near Mexico City, Mexico, the Popocatepetl volcano exploded last week sending a plume of ash 20,000 feet into the sky. This volcano had been dormant for the last 1000 years or so but has been coming back to life again beginning in the 1990s.

In Buenos Aries, the government just announced the eruption of a volcano in Brazil that shot a plume of ash 24,000 feet into the sky.

Last week in the Philippines the Taal volcano erupted and shut down Manila International Airport 62 miles away. Authorities say this one is not finished and the “big one” is still to come.

On January 14, Guatemala had a large volcano erupt, sending volcanic ash 3 miles into the sky. Japan, on January 10, 11, 12, and 13, had four separate volcanoes explode darkening the skies with ash.

There’s more, but you get the picture. Certainly this could be just a coincidence. But if the earthquake and volcanic activity continues, it may be connected to the last days tribulation prophecies. 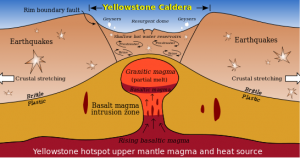 And keep in mind that the last REALLY BIG earthquake in North America was at Yellowstone some 700 years ago. The hole in the earth was 45 miles wide and spewed ash all the way down to New Orleans. Based on the timing of the first three Yellowstone eruptions, the next quake is overdue by about 100 years.

The United States Geological Service estimates that when Yellowstone erupts again, ash will land as far away as Washington DC and everywhere in-between. We wrote an article dealing with the past and future Yellowstone volcanic eruptions and the link is below.

So don't be too surprised to see earthquakes and volcanic eruptions becoming more frequent at the end of this Church Age. But it will be nothing like what's coming in the Tribulation.

Your future is secure!
Aren’t you glad your future is secure because you Believed the Gospel of Jesus Christ…which is the good news that God sent His only Son, Jesus, to earth to shed His blood and die for your sins! And that He was buried but defeated death by rising from the grave and is alive today.

"In Him, you also, after listening to the message of truth, the gospel of your salvation — having also believed, you were sealed in Him with the Holy Spirit of promise," Eph. 1:13

"but these have been written so that you may believe that Jesus is the Christ, the Son of God; and that believing you may have life in His name." John 20:31