The Chaotic Conclusion to the Church Age 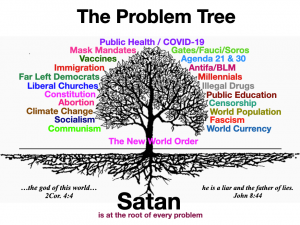 Since April 2020 we've been warning you that a group of self-appointed world leaders are trying to bring the world under a single rule.(1)

Toward this goal, the Globalists have been trying everything under the sun to force the United States into submission. All the problems we're seeing—Climate Change, Censorship, BLM, Antifa, etc.— are seen as a means to achieve their goals.

Due to prohibitions against God's Word even being mentioned in schools or government, and the watered down teaching in most churches today, understanding 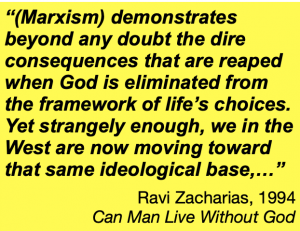 Biblical truths has diminished in the lives of most Americans.

We as a country, and even a lot of born again Believers, have all but forgotten the FACT that all things derive from either God or Satan. There is no middle ground.

We need to put on the big boy pants and face the facts—Satan is the root cause of all that is wrong and evil. Otherwise we can't fully understand what's truly going on in the world today.

The Globalists/Satanists are using the Covid-19 "plandemic" and the BLM riots as their latest "world problems" to push their world agenda into place as quickly as possible. They realize they have only a "narrow window of opportunity" to usher in a great "World Reset."(2)

But so far the Lord is using President Trump as leader of the United States to delay their world takeover. President Trump has rightly pulled the U.S. out of the Paris Climate Agreement(3) and the World Health Organization. Last year he even threatened to pull us out of the World Trade Organization.(5) He is doing what's best for America, not what's best for Satan's world agenda.

These Satanic Globalists have no clue it's God Who's in control, not themselves. Donald Trump's election was a total surprise and he has upset their apple cart. And he is openly exposing their agenda.

This is what President Trump told the Globalists in September 2019 at the United Nations:(4) 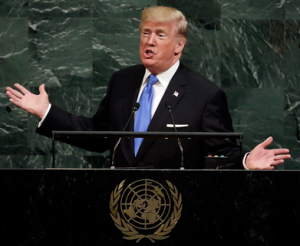 "Wise leaders always put the good of their own people and their own country first. The future does not belong to Globalists, the future belongs to patriots."

Just to be sure they didn't miss what he was communicating, four months later speaking at the World Economic Forum in Davos, Switzerland, President Trump said:

"We’re committed to conserving the majesty of God’s creation and the natural beauty of our world. But to embrace the possibilities of tomorrow we must reject the perennial prophets of doom and their predictions of the apocalypse."

"These alarmists always demand the same thing—absolute power to dominate, transform and control every aspect of our lives. We will never let radical socialists destroy our economy and wreck our country."

That was the final straw for the Globalists. Responding to President Trump's remarks, Chief Globalist George Soros basically came unglued, saying the United States had to be brought under control: 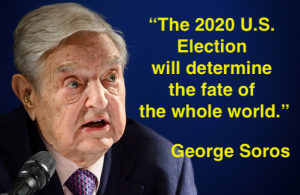 "Clearly I consider the Trump Administration a danger to the world, but I regard it as a purely temporary phenomenon that will disappear in 2020.”

So the Globalists/Satanists are raging mad at President Trump. As you can see in The Problem Tree graphic above, Russiagate, Impeachment, Covid, BLM, Antifa. etc., all come from the same root—and Satan's followers are desperate for Biden to win the presidency.

They know a Biden Administration can be bought and controlled, opening the door to change our democracy to socialism, then to fascism and ultimately under a one-world government. We are at war, whether we admit it or not.

All of this is documented in an EXCELLENT 20-minute video that every American should watch. Please take 20 minutes and watch this video soon! The time invested will be enlightening.

As you are aware, videos like this will be taken down once they are deemed to be a threat to the Globalists' world goals.

We're already losing our freedoms
It's no secret that Facebook, Twitter and Google are all involved in media censorship...just like the governments of Russia and China. These highly influential social media platforms are even censoring President Trump's communications by deleting tweets, posts and more.

Not to mention the continuous lying going on in the news. The Globalists control 80% of major media. If Biden is elected, there goes the other 20%.

So again, please watch the video soon and pass the link on to others. God has given us a free country and Satan is hell-bent on taking it away.

Thankfully, our prayers can stop this onslaught! 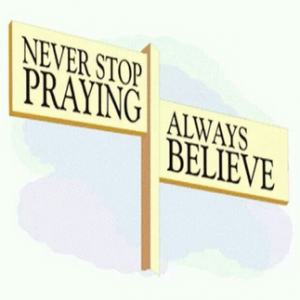 We have the Creator God of the Universe living in us and His Restraining Power keeps Satan's plan at bay until the Lord is ready—not when Gates, Fauci, Soros and Gore are ready for world control. They will get their world control, but only when the Lord allows. And Believers won't be here.

God hears our prayers. Every day we should be praying for two things and trustfully EXPECTING God to answer our prayers:

1) That the Lord will protect our country and our President from this Satanic onslaught, and

2) That we can reach more people before Believers are snatched away in the Rapture and the horrible Tribulation begins.

God's in control
Watching all this come together should NOT make Believers fearful.

God's got this. Nothing will happen that God has not allowed. Whether it's all over but the shouting, or we have another 10 years or more on this earth, God is fully 100% in control. As Believers we should act like we know this!

That says plainly we as Believers can stop this. And the Devil doesn't want you to understand that truth.

Paul, in his first letter to the church in Thessalonica, wrote about the Rapture and the last days. At the end of the letter, he made four quite profound points (and none had to do with fear!).

1) Be comforted by these last-days prophecies because we're not going to experience the horror that is coming on the world. 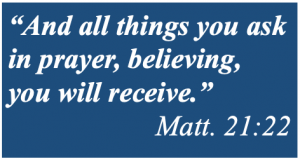 2) Encourage one another because we're not going to experience the horror that is coming on the world.

3) Rejoice with each other because we're not going to experience the horror that is coming on the world.

4) And to pray without ceasing for opportunities to witness, so that more family, friends and coworkers will not have to experience the horror that is coming on the world.

Always remember that non-Believers are scared to death of dying. Satan has lied to them about who they are and what is truth, resulting in the fact they have zero peace in their lives.

So when they see in you the "peace that surpasses all understanding," the Spirit of the Living God shining forth in your life, you may have from the Lord an incredible opportunity to share what you know.

Go boldly through the door!

Therefore, having been justified by faith, we have peace with God through our Lord Jesus Christ, Rom. 5:1