The “will to live” is an amazing gift from the Lord to humans. I remember singing and dancing to the above song as a non-Believer. Looking back, I think even back then Satan was sowing the seeds of "fear of death" for future use.

As believers we also live our lives daily making decisions that keep us breathing. Yet we live knowing God is in complete control of all things, at all times. He promises our days are numbered before we’re born.

Your eyes have seen my unformed substance; And in Your book were all written the days that were ordained for me, when as yet there was not one of them. Psa. 139:16

And God tells us not to be overly worried about how long we live.

So worrying about how long we're going to live is sin. Actually, we're not to worry about anything out of our control or influence. God doesn't want us wasting our brain cells worrying about the past or fearing the future.

Now, to balance it out, God does say that even though the length of our days is His call, we’re not to be stupid in our decisions. 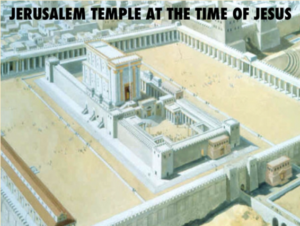 In Matthew 4 we see Satan suggesting that the Lord take a flying leap off the top of the 150-foot(±) high Jewish Temple because He knew the angels would catch Him in mid-air.

But Jesus curtly responded, “You should not put the Lord your God to the test.”

Therefore, to balance out God's sovereignty, even though we know God controls our days, we’re not to do stupid stuff. Standing out in the freeway will get you killed.

Knowing all that, it’s fascinating to watch the entire world be preoccupied with staying alive. Satan has used the fear of dying as a motivator to get people to willingly line up for an untested medical procedure that contains verifiable poisons for the chance to live a little longer.

We know reading Bible prophecy this "live longer at any cost" scenario will play out even more vividly in the coming Tribulation when the world will be told they have to take a “Mark” in order to stay alive.

And in those days men will seek death and will not find it; they will long to die, and death flees from them. Rev. 9:6

Imagine wishing you could die but not being able to kill yourself! Something, maybe what's in those shots, will totally weaken people to the point they can't even control their thoughts or actions. Creepy!

Today, with all this emphasis on staying alive, you would think that, if nothing else, it would be a no-brainer to wonder about the next life. Who goes to heaven and who goes to hell?

And we have the answers to share. We know that the Lord not only came to earth to pay for our sin, but to also have abundant life now on this earth. Instead of trying to live a little longer, why not be able to live forever on earth and in heaven, for free!?

…I came that they may have life, and have it abundantly. John 10:10b

And how do we have abundant life in a world actively being attacked by Satan’s emissaries with a chemical that is meant to kill billions and/or make people infertile?

The reason is that the Lord is allowing all this for His purposes. We shouldn’t be shaken because God is still in control. We know that even when we die, God allowed our death at that very moment, and we win. 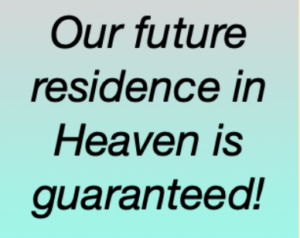 We are of good courage, I say, and prefer rather to be absent from the body and to be at home with the Lord. 2Cor. 5:8

And no one can take that away from us, ever. We can’t always change our circumstances, but we can always respond to our circumstances in a Christ-centered way, in a way the Lord can use to reach non-believers.

Our desire is to be a light as long as we’re alive in this world. And since it’s God doing the saving, our witnessing doesn’t even have to be verbal.

People all over the world want to know how to stay alive. We need to be ready to tell them the truth. The more we know our Bibles, the more God can use us. And people are cut to the bone when we quote God’s Word to them.

For the word of God is living and active and sharper than any two-edged sword, and piercing as far as the division of soul and spirit, of both joints and marrow, and able to judge the thoughts and intentions of the heart. Heb. 4:12

It’s our privilege if the Lord allows someone to ask us about staying alive in the world. We should boldly give them answers about who goes to heaven and who goes to hell.

“But I will warn you whom to fear: fear the One who, after He has killed, has authority to cast into hell; yes, I tell you, fear Him!” Luke 12:5

An short but excellent recap, best I've seen, of how we got where we are by a Who's Who list of credentialed physicians. And they're begging people not to take the "clot shot." Great to share!

This is unbelievable. Down-under Aussies have no guns, having long ago given them up to the government. After they locked down the parents, they came after the kids.

Dr. Tenpenny takes no prisoners as she explains this va[[ine is a crime against humanity.

Nurses Are Waking Up

The worldwide lie is continuing to be exposed. This is a simple testimony of an RN who refuses to cover up what's going on in the hospitals.

How Rockefeller Took Control Of The Medical Industry

Talk about an eye-opener... great layman's explanation of why Americans are the sickest people in the world!

Mississippi
Threatens to isolate families and/or fines up to $5,000.

Hawaii
This one is quite emotional but shows the incredible problems with current mandates and what they're doing to people.

Australians In Lock-Down Until Next Year, Confined To Homes

Some believe this may be the world's test case/country. Everyone stays home, food only can be ordered-in, exercise one-hour a day within one kilometer of home. Military patrolling the streets.

The Truth Revealed — Why We Stayed in Afghanistan So Long