Snakes on a Plain 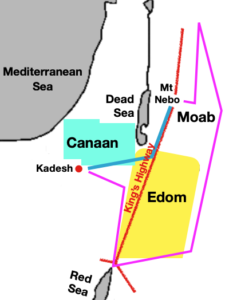 With only seven months to go before Israel’s 40-year penalty of wandering in the desert would be completed, Moses needed only to travel due east from Kadesh to the well-established King’s Highway. (Blue line on map)

From there he could travel due north to secure the east side of the Jordan Valley and then make his famous viewing from Mount Nebo.

But the King of Edom blocked Moses from traveling on the King's Highway (Red line on map). God had earlier warned Moses not to provoke the Edomites (Esau’s ancestors) to war (Deut 2:9).

So Moses was true to the Lord’s commandment and would not take the shortest and easiest route through Edom and up the King's Highway.

Then, even though Israel wins a couple of small battles with the Canaanites to the north, Moses decides neither the northern route or the eastern route is an option to get to Nebo. So he chooses to go around Edom.

To circumvent Edom meant traveling south all the way down to the Red Sea and then traveling north again on the east side of Edom (Pink line on map).

This long, dusty, dry detour did not sit well with the new generation of Israelites. Like their ancestors, they forgot God was in charge and they became rebellious against Him and complained about the food and water.

God hates the sin of rebellion, equating it with following Satan instead of Jehovah God.

The Israelites were rebelling against the Lord even though they had been taught about God’s miracles of protection for Israel—sending the 10 plagues on Egypt, parting the Red Sea and providing food and water in the desert.

They had even personally witnessed Moses getting water from the rock, just like their parents witnessed 40 years earlier (Num. 20:11).

They even saw the miracle on their bodies as their clothes and shoes never wore out for 40 years (Deut. 29:5).

But despite knowing all that, their sinful nature got the best of them and they rebelled against God. That apparently was the proverbial “straw that broke the camel’s back.”

Snakes on the Plain

So the Lord sent poisonous snakes among them.

The LORD sent fiery serpents among the people and they bit the people, so that many people of Israel died. Num. 21:6

All of the sudden food was less of an issue than the killer snakes. They quickly repented of their sinful disobedience and pleaded with Moses to intercede with God on their behalf to stop the snakes from killing them. 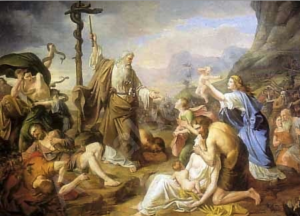 The Lord heard their prayers and instructed Moses to symbolically place a snake on a flagstaff and lift it up. God explained that if a snake bit a person, all they had to do was look at the snake on the pole and the person would live.

Jesus referred to the snake-on-a-pole story in the sentence just before the famous John 3:16 salvation passage:

“As Moses lifted up the serpent in the wilderness, even so must the Son of Man be lifted up; so that whoever believes will in Him have eternal life.” John 3:14-15

Jesus equated the snake on the pole with our salvation. He’s saying that we don’t have to do anything to be saved, we only have to look to Jesus Who was lifted up on the cross to pay for our sin.

God is also making the point that salvation is not complicated. It’s really pretty simple—just believe Jesus died on the cross for your sins so you could live.

But I am afraid that, as the serpent deceived Eve by his craftiness, your minds will be led astray from the simplicity and purity of devotion to Christ. 2Cor. 11:3

In Moses' day, there were about two million Jews wandering in the wilderness when the snakes began to kill people. I’m sure there were those who didn’t believe the snake on the pole would save them and when bitten, they died.

But those who did believe God, and by faith looked to the pole to save them, lived.

I’m sure there were many who were walking in the very back of the two million Israelites who couldn’t even see the snake on the pole. But if they were bitten and looked toward the pole by faith, they were saved.

Oh, there will definitely be ramifications for sin in our lives during our post-salvation walk toward Biblical maturity. We’ll reap what we sow. But thankfully our eternal salvation is always secure.

Once we look by faith and believe what Jesus did for us on His lifted-up cross, we're born again, eternally saved. Our continued salvation is not based on anything we DO, but only on what He DID.

He saved us, not on the basis of deeds which we have done in righteousness, but according to His mercy, by the washing of regeneration and renewing by the Holy Spirit, whom He poured out upon us richly through Jesus Christ our Savior, so that being justified by His grace we would be made heirs according to the hope of eternal life. Titus 3:5-7

So our most precious gift from God is that we can’t mess up what Jesus did for us. When we die, we win. Nothing can change that.

For I am convinced that neither death, nor life, nor angels, nor principalities, nor things present, nor things to come, nor powers, nor height, nor depth, nor any other created thing [which would include ourselves], will be able to separate us from the love of God, which is in Christ Jesus our Lord. Rom. 8:38-39

Today we don't have to worry about God getting fed up with our sin and sending snakes to kill us. Jesus took the penalty on Himself. When the Lord looks at us today, he doesn't see our sin. Rather, He sees a clean and righteous person.

“Therefore repent and return, so that your sins [past, present and future] may be wiped away, in order that times of refreshing may come from the presence of the Lord; Acts 3:19

Praise the Lord for such amazing grace!

For additional scriptures and explanation of how and why our past, present and future sins are not counted against us, watch this week's Compass TV presentation, "Nailed to the Cross." by J.B. Hixson.

If you have timeto watch only one video, 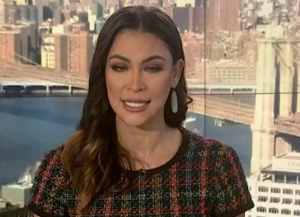 this is the one to watch!

55-Minute Video
(Watch the first 12-minutes if you're in a hurry!)
CLICK HERE

Mel K, Leigh Dundas and Charlie Ward discuss the shocking data from military whistleblowers on the federal data collection of vaccine adverse reactions in the military!

Va((ines Make It Worse, Not Better! 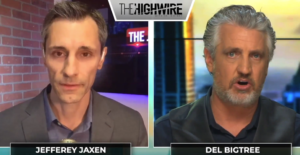 Scotland’s public health data has gone viral, revealing that the vaccinated are the primary drivers of the pandemic. Del Bigtree and Jeff Jaxen explain how in a fact-filled expose'. 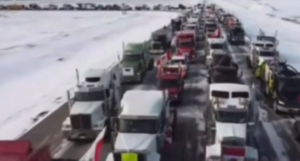 PM Trudeau called the truckers convoy "a small fringe minority." Hmmm... well, seems his peeps didn't like that so much. This short video will get your blood pumping as you watch great drone shots of tens of thousands trucks lined up for over 100 miles being cheered on by their countrymen.

Not to mention:
Over 1 million adverse events.
Over 179 thousand serious injuries.
Over 22 thousand deaths.

But Fauxi says they're safe and effective... even though you're twice as likely to have a problem if you've been va((inated.

Israel, The Most Va((inated Nation, Is Overrun With Covid 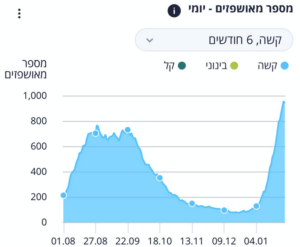 Israel has learned over the years to be a loyal country in order to stay alive. So it's not surprising that they enthusiastically jumped on the Covid va((ine wagon "for the love of country." They're now on their fourth shot (second booster) and things are not working out so well. 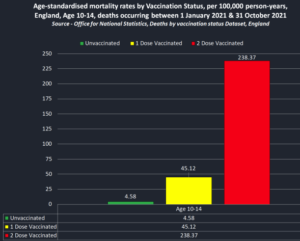 This jaw dropping and horrifying data should be national headline news! That's probably why they're scrambling to cover up this data!

It appears the truth about Covid va((ines is bleeding into mainstream news journals a bit. Check out this article in TownHall

British pharmaceutical company Astra-Zenaca says their Covid va((ine acts like a magnet and attracts platelets which body mistakes for a threat and attacks. Hmmm... no wonder the Brits dropped all their mandates.

Two of our March Steeling the Mind Conference speakers, Dr. Mark McDonald and Dr. Peter McCullough, spoke at the Washington "Stop the Mandates" rally last week. This video is from all the speakers.

What to do if you got the shot. Important proven solutions to keep from getting sick even if you received the mRNA shot. 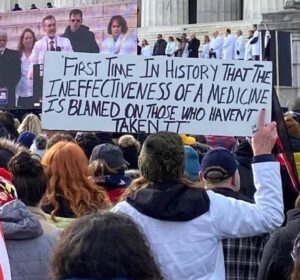 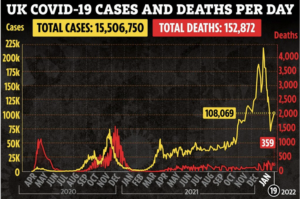 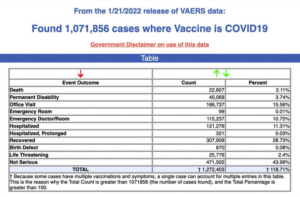