FacebookTweetPinEmail
Satan’s Crosshairs
They are coming after you, not Trump!
In June of 2016 I was probably the last one invited to New York City to be a part of some 1000 evangelical Christian leaders who met and asked questions of then-Presidential-candidate Donald Trump. It was an amazing experience and pretty much everyone there could sense God was doing something different in this nation.
A couple of weeks ago, just under 100 Christian leaders were summoned to the White House for dinner. I, unfortunately, didn’t make the cut for that list. 🙂 But from all accounts, it too was quite a dinner on par with a State Dinner.
The meeting, as reported by those attending, was for President Trump to listen to the leaders. Most of the comments were praise for what President Trump has accomplished for the Christian community in his less than two years in office.
Then President Trump talked quite bluntly about the upcoming mid-term elections. In essence, Republican losses could be disastrous. He quite adamantly said if we lose, we lose everything we’ve gained so far. He said: 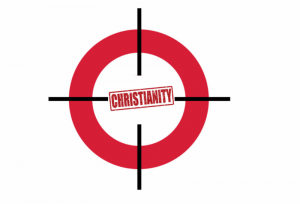 “Campaign for the Republican candidates in your area or they will reverse all the things we’ve accomplished.”
But what was even more amazing was President Trump’s comments after the press was ushered out of the meeting. One attendee surreptitiously taped part of his remarks.
Here are a few notable President Trump quotes from the recording: (Read them carefully!)
“There is a level of hatred and anger that is unbelievable because of things I’ve done for you.”
“The elections are a referendum on your religion. You’re one election from losing everything you’ve got.”
“[Democrats] will overturn everything that we’ve done and they’ll do it quickly and violently…they will end everything immediately.”
Note the sobering words “quickly” and “violently.”
Trump also quoted Robert Jeffers: “‘You know Trump may not be the perfect human being, but he’s been the greatest leader in terms of supporting Christianity.’ Hopefully I’ve proven that to be a fact.”
I know God is 100% in control. He knew we didn’t need a choir boy, a pastor or another politician as our President. So He raised up a tough-skinned, no-nonsense business guy who couldn’t be bought to get things back on track.
Ok, granted, I don’t like everything he says or tweets, but what he has done has been extraordinary for Christians. He’s literally done more for Christians in two years than any past President. He’s kept his campaign promises.
Red vs Blue, or, God vs. Satan?
I continue to make the case that the nation’s divide is no longer Republican vs. Democrat, but rather, God vs. Satan. Yes, there may be an exception here and there, but for the most part, that’s what’s going on.
Satan is now out of the shadows and into full view. Watching the news you would have to have your head buried in the sand not to see it. Lies have become so prolific it seems like truth doesn’t matter anymore.
But of course, we know truth does matter. There is a judgment day that…
“…will both bring to light the things hidden in the darkness and disclose the motives of men’s hearts;" 1Cor 4:5
Of course, God straight-forwardly warned us about this spiritual battle:
“For our struggle is not against flesh and blood, but against the rulers, against the powers, against the world forces of this darkness, against the spiritual forces of wickedness in the heavenly places.” Eph. 6:12
We have to be realistic. We’re not up against flesh and blood. It’s not politicians, it’s not people about which we should be concerned. Rather, it’s the evil spirit behind the people. 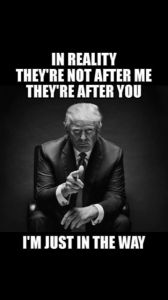 Satan loathes Christians, America and truth. And this lying demon is pulling out all the stops to get at what he hates the most—you and me. Thankfully at the moment God has President Trump in the way.
I, and millions of others, pray for his protection daily.
“pray without ceasing;” 1Th. 5:17
Our Biblical Armor
The Bible also gives us the solution to dealing with this spiritual battle. In Paul’s letter to the church at Corinth, he made this extraordinary assessment about how to win when dealing with spiritual warfare directed against the knowledge of God:
“For though we walk in the flesh, we do not war according to the flesh, for the weapons of our warfare are not of the flesh, but divinely powerful for the destruction of fortresses. We are destroying speculations and every lofty thing raised up against the knowledge of God," 2Cor. 10:3-5
We are in a spiritual battle, not a flesh battle. The closer we come to the Lord’s return, the more Satan will be in the open coming after CHRISTIANS, after truth. Don’t think it’s anything else. Ephesians 6 point blank tells us what we should be doing.
“Put on the full armor of God, so that you will be able to stand firm against the schemes of the devil… so that you will be able to resist in the evil day, and having done everything, to stand firm.” Eph. 6:11,13
“And He said to them, 'This kind cannot come out by anything but prayer.'” Mk 9:2
A Call To Prayer
There’s never been a time in our nation’s history that His armor was needed more by His Believers. We must pray continuously between now and November 6 for the upcoming elections. Pray that Christians will turn out en masse to vote. Your prayers and vote matters.

I do believe God when He says: 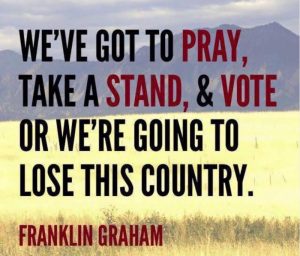 The effective prayer of a righteous man can accomplish much. James 5:16
I also know God SEES our prayers coming to Him.
"And he said to him, “Your prayers and alms have ascended as a memorial before God." Acts 10:4
Because this is so important, I'm praying that God sees our prayers as a group coming to Him. And I hope you join our mass of ascending prayers!