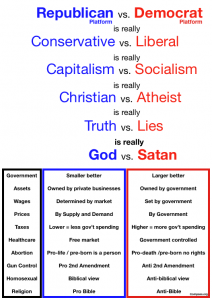 ”Trust in the LORD with all your heart and do not lean on your own understanding.” Prov. 3:5

In 2 Chronicles 20 there’s an interesting story about Israel’s enemies coming against Jehoshaphat. Moab, Ammon and Meunites decided to make war with Israel, and the King of Judea heard they were on their way with a large army.

In desperation, Jehoshaphat called on the out-matched and powerless Israelites to pray to the Lord for help. God answered their prayers and said “‘You need not fight in this battle;…Do not fear or be dismayed;”

God then allowed confusion among the enemy troops and they turned on one another, completely annihilating 100% of those coming against Israel.

Israel was stunned when they later came to the battle ground—not one enemy soldier was left alive, having killed each other.

There’s another story about Gideon, who had 32,000 troops ready to fight the Midianites. God, wanting to show it was not by Israel’s strength that the battle is won, began whittling down the number of troops.

The 32,000 was now down to 300 men. Now the battle would not be won by might, but could only be won because God orchestrated the victory.

The 300 Israelites surrounded the enemy camp. Each broke a clay pot and blew a trumpet while praising God. And you guessed it, the Midianites turned on each other.

“...the LORD set the sword of one against another even throughout the whole army;” Judges 7:22

In both of these accounts, God wanted to show it was He Who was in charge. He wanted Israel to look to Him, not their strength.

“The horse is prepared for the day of battle, but victory belongs to the LORD.” Prov. 21:31

“A horse is a false hope for victory; Nor does it deliver anyone by its great strength.” Ps. 33:17

Just like He knocked out Israel's enemies 2500 years ago, today the Lord is just as much in control. And He wants us look to Him for all our victories. He is fully 100% in control of all things at all times. And He hears our prayers!

Looking at the political landscape today, the Dems don't know it but they're in a circle firing at each other. And they don’t seem to be able to stop shooting!

It’s actually quite comical to watch. If the Republicans could pick the platform to run against, this is what they would have picked—a candidate who is anti-American, anti-white, anti-God, who defends socialistic policies and perversion. It will clearly be good vs. evil.

Now if this is, in fact, the Lord's doing, we should be tremendously thankful because He’s answering many years of prayers for this nation by Born Again Believers. Just when it looked impossible, God gave us a bit of a reprieve from Satan’s endless march to take over the world.

Think about it, we were only three states and 70,000 votes away from the last nail in the coffin for Christians having any rights left in America. The horse had the bit in its mouth.

Had the Democrats taken over, you would never have heard about the deep-state government operating inside our government. It would have never been revealed how the FBI and State Department conspired to keep Donald Trump out of office.

But that’s not what God wanted. For whatever reason, He put the brakes on the world takeover by Satan. Oh, it will come, but apparently not just yet. For now He is exposing them for what they are—Satanic lies.

Every minute God delays Satan's takeover and delays the Rapture, it gives us the opportunity to reach others with the Gospel Truth. Every minute someone gets saved from the death and destruction of the Tribulation and the eternal horrors of hell.

But along with this opportunity comes responsibility. We have to be careful how we respond to this God-ordained reprieve. Our purpose on this planet is to be used by the Lord to reach the lost. And what they see in us, our reactions to all things in life, may be the only Bible they ever read.

If in fact President Trump does get re-elected, there are going to be some quite confused people. And we should respond with truth in grace and love while praying God will give us wisdom.

“Do not rejoice when your enemy falls, and do not let your heart be glad when he stumbles;” Prov. 24:17

“If your enemy is hungry, give him food to eat; And if he is thirsty, give him water to drink; For you will heap burning coals on his head, and the LORD will reward you.” Prov. 25:21-22

It’s the Lord who is in total control. We have already won the war and it’s up to Him to determine what battles He allows us to win or lose in this life, for His purposes. And He promises all non-believers will eventually be dealt with, but in His timing. All things will work together for good for you and me.

“Never take your own revenge, beloved, but leave room for the wrath of God, for it is written, ‘VENGEANCE IS MINE, I WILL REPAY,’” says the Lord.” Rom. 12:19

So as we watch the future unfold, whether we understand it or not, be wise, understand what's going on, and trust the Lord as He continues to grant us opportunities to share what we know. And certainly keep praying for our President!

“To sum up, all of you be harmonious, sympathetic, brotherly, kindhearted, and humble in spirit; not returning evil for evil or insult for insult, but giving a blessing instead;…” 1Pet. 3:8-9