Nuclear Bombs and the Bible

Nuclear Bombs and the Bible

In the short term, if porous borders, destruction of the dollar and castrating children weren’t enough, the U.S. continues to do everything it can to get Russia to use nukes in its war against Ukraine. A brief review:

September 21 Putin warns Biden that he will use nuclear weapons -- it's not a bluff.

September 28 The Russia to Germany natural gas pipelines, Nord Stream 1 and 2, are blown up underwater by what is assumed to be the USA. This will most likely cause misery, even death, in Germany this winter while depriving Russia of income. If it can be proven it WAS the USA, it is an act of war against Russia.

October 8 The Biden regime, or whoever, blows up the Crimean peninsula Kersh bridge that is a key supply route for Russian soldiers fighting in Ukraine.

October 11 Putin says enough is enough and takes the gloves off. He begins hammering Ukraine’s energy grid with missiles made in Iran. Iranian troops are actually programing and directing the missiles. It is estimated that 30% of the energy in Ukraine 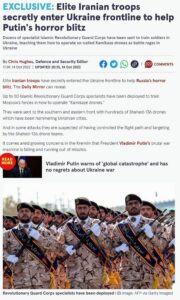 is out, probably for most of the winter. Missiles also are coming from Belarus, not far north of Ukraine's border.

Don't think for a moment Russia doesn't know who blew up their pipes and bridge. So we are now effectively at war with Russia. To add fuel to the flame, Israel comes to the aid of Ukraine by supplying its iron-dome defense technology. ISRAEL!!

Bible prophecy pundits are just about to wet their collective pants watching all this set up for the Ezekiel 38/39 Russian/Iranian invasion of Israel. Iran already hates Israel. Now Russia hates Israel.

And since everyone is talking about using nukes, it’s worthwhile to note what the Bible says about nuclear weapons in the last days.

When the New World leader comes out of the chute in Revelation 6, God says he uses a “great sword.”

And another, a red horse, went out; and to him who sat on it, it was granted to take peace from the earth, and that men would slay one another; and a great sword was given to him. Rev. 6:4

How “great” is this sword? Well, it seems when the great sword is used, a person’s flesh is burned off before the bones hit the ground. That IS a big sword.

That certainly sounds like the effects of a neutron bomb. 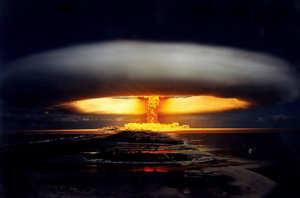 Russia will use their great nuclear sword when they attack Israel. We know this because after that battle the land is so polluted with radioactivity that it has to be cleansed for 7 months.

“For seven months the house of Israel will be burying them [Russia’s dead soldiers] in order to cleanse the land.” Ezek. 39:12

They bury the radioactive waste:

“They will set apart men who will constantly pass through the land, burying those who were passing through, even those left on the surface of the ground, in order to cleanse it. At the end of seven months they will make a search. As those who pass through the land pass through and anyone sees a man’s bone, then he will set up a marker by it until the buriers [In hazmat suits?] have buried it in the valley of Hamon-gog." Ezek. 39:15

The post-invasion human bones left on the battleground are so radioactive that they won’t touch them. Rather, they'll call in the hazmat teams.

So we know there will be a nuclear war between Russia, Iran and Israel. We know Russia and Israel have nukes, and probably Iran does also (or is close). So this Biblically prophesied war could happen at any time.

But there’s one more thing—I, and many other Bible prophecy readers, believe this Ezekiel 38/39 battle happens post-Rapture.

“Sheba and Dedan and the merchants of Tarshish with all its villages will say to you, ‘Have you come to capture spoil? Have you assembled your company to seize plunder, to carry away silver and gold, to take away cattle and goods, to capture great spoil?”’  Ezek. 38:13

But the vast gold and silver treasures have not yet been located. So whatever is going on in Ukraine may put things in place for the Russian invasion, but it will not happen until one of those archeologists now looking for scrolls and artifacts in the Qumran area accidentally discovers Solomon’s long-hidden treasure estimated to be around $80-$100 trillion.

So keep your eyes on Israel, God’s prophetic time clock.

While they are saying, “Peace and safety!” then destruction will come upon them suddenly like labor pains upon a woman with child, and they will not escape. 1Th. 5:3 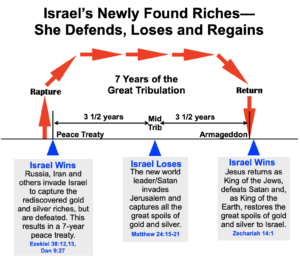 How The Globalists/Satanists Are Taking Over

This English Mortician Is Beside Himself

Funeral Director John O’Looney reveals the dark secrets morticians are witnessing. Take the time to watch/listen to this one!

Just watching this trailer made my skin crawl.

Massive Cancer Deaths Being Covered Up

Dr. Joseph Mercola: How Cancer Deaths From the COVID Jabs Are Being Hidden

Proof the Globalists/Satanists know full-well what they're doing.

Even Israel Is Hiding Death Data

If there happens to be someone you know who still thinks the Covid va((ine is safe, send them this link.

What China Has Done/Is Doing

While we are asleep, China is quite busy trying to take down the USA.

Your tax dollars at work. 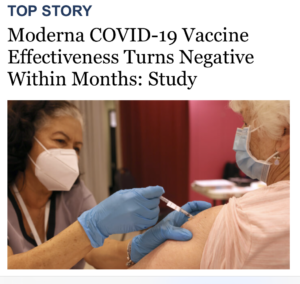 Last week, the FDA and CDC signed off on the Pfizer and Moderna bivalent COVID-19 booster shots for children as young as 5 years old.

They did it without clinical trials. Without data. Without independent review . . .  and without any legitimate scientific rationale. 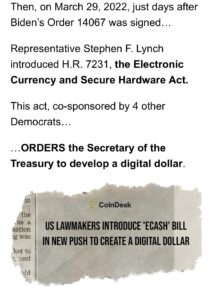 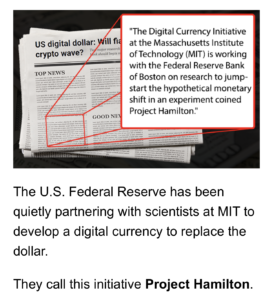 Gold is the most stable long-term form of money the world has ever known. Throughout human history, there have been thousands of fiat currencies (or “paper money”). And as far as I can tell, 100% of fiat currencies have eventually lost ALL value.

Gold has been accepted as currency across the globe for more than 5,000 years. And when digital currencies radically alter the world banking system… I’d rather put my faith in 5,000 years of human history.

Gold has always increased in value over time……and, of course, it can’t be tracked.