The first to plead his case seems right, until another comes and examines him. Prov. 18:17

In the heat of the battle, it’s often hard to see who’s winning. This is particularly true in the Presidential battle this year.

God often lets a situation look impossible to overcome before His Will becomes known. Think of Gideon fighting with only 300 men against 30,000 enemies—and winning.

Or David defeating Goliath. Or even Israel being plopped down in the middle of 70 million Muslims with no army and no government in 1948, yet still here today against all odds.

It’s not the national networks that determine who wins our national election. We spent 30 days hearing Gore was the President Elect before Bush won in court.

In our case, it's not even the electoral college that's in control. Rather, it’s the Creator God of this universe, who spoke it into existence—He is always in control. He is the One who determines who wins and loses elections.

It is He who changes the times and the epochs; He removes kings and establishes kings; Dan 2:21b

At the moment, Satan is doing his best to convince the world that Biden has won the American Presidential election.

All major networks have declared him the winner, sending chills down the spine of most every true Believer.

Facebook, Twitter, Google, etc., are openly pushing Biden as the heir apparent to the Presidency. Will the “most corrupt politician ever(1)” win over President Trump?

On election night President Trump appeared not only to have held his base from the last election but also to have convinced hordes of others who didn't vote for him in 2016 that he was doing exactly what he promised.

Between what President Trump has done in the Middle East, for blacks and Latinos, oil and gas, small businesses, our economy, and a long list of other things, the proof was there.

Despite the Russia investigations, the impeachment, and the fact that CNN, ABC, CBS, NBC, etc., never reported the truth about what he accomplished in four years with one hand tied behind his back, the truth still is known, especially by the Lord.

By the time this election came down to voting, Trump was drawing tens of thousands to ALL his rallies (see pic of Trump rally) while Biden mostly stayed home. When Biden did speak, it was ALWAYS to only a handful of people. 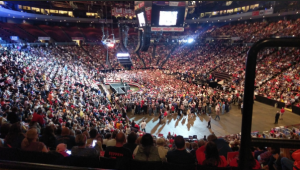 America voted and they voted for Trump in large, energetic numbers. Most of us went to bed at peace on election night thinking Trump had won the election due to solid 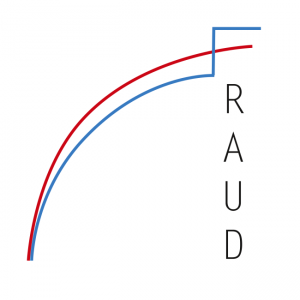 But then the coordinated three-hour pause in those swing states happened in the middle of the night. Mysteriously, hundreds of thousands of votes appeared in Biden’s name with zero corresponding votes for Trump. Nor did these ghost-Biden voters vote in any down-ballot races.

The fraud was immense and obvious. But what can anybody do about it? The remedy is just what the President is doing…he’s taking his case to court to get the justice he deserves.

When it reaches the Supreme Court, and this is where most constitutional scholars think it will end up, President Trump will make his case that there was massive voting fraud on a national scale.

Whether the unexplained middle-of-the-night fake ballots are proven invalid due to lack of official watermarks(3), or from testimony by all those who personally witnessed and documented the corruption(1), or from states using "Hammer" software that changed Trump votes to Biden(5), the Supreme Court could easily declare this Presidential election invalid due to fraud on a national scale.

If the election is deemed fraudulent by the Supreme Court, and it's hard to believe they won't, there are two possible directions they could go:

1) They could rule that all the mail-in ballots should NOT be counted and each state be audited for recount.

2) They could use the 12th Amendment(4) to the Constitution, which clearly lays out what to do if an election is deemed inconclusive or thrown out due to proven fraud.

If the 12th Amendment is used, the House of Representatives votes on the President, BY STATE, not by electors. Each state gets one vote. The Senate votes for Vice- 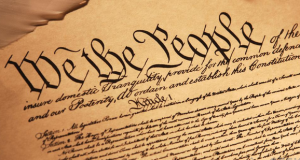 So in the immortal words of Yogi Berra, “It’s not over ’til it’s over!”

How unsearchable are His judgments and unfathomable His ways! Ro. 11:33