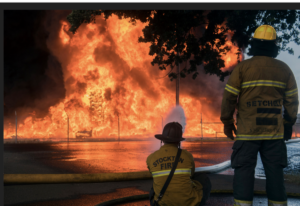 With all the food processing plants burning down around the world(1) and numerous government officials warning about coming food shortages(2)(3), it doesn't take a rocket scientist to see an upcoming worldwide food supply problem.

And since starvation is a big reason for millions of people dying in the first months of the Tribulation, it would be reasonable to think we could see the seeds of famine being sown on this side of the Rapture.

So the article this week is about food and the Tribulation (see next article).

However, I have to keep reminding myself that even though it seems like we're racing for a September Rapture at the last trump on the feast of Rosh Hashanah, it's not a given. Fun to watch for but certainly nothing to count on.

The only thing we can really count on is that the Lord is in control. He has an appointed day already set. Nothing can or will change that.

So as we watch all the signs coming together, how in the world do we live?

Jesus once gave a parable to some people who thought His Kingdom was going to appear immediately.

Jesus went on to tell a parable, because He was near Jerusalem, and they supposed that the kingdom of God was going to appear immediately. Luke 19:11

The whole parable was about a nobleman leaving to receive a kingdom and then coming back and what the people did while he was gone...some did better than others. 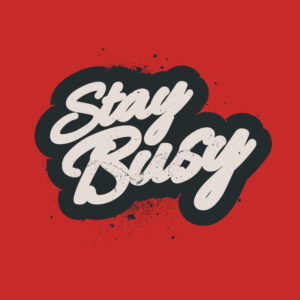 But the interesting part is that before the nobleman left, he gave each of his slaves about three months' wages and said:

Then when he did come back he evaluated their work and then killed those who would not submit to him.

Applying this to you and me today, we can see that Jesus left to receive his Kingdom and gave us the Holy Spirit while He was gone. We're to stay busy while He's gone.

He's coming back and will evaluate our works, not for salvation but for rewards. And he'll slay His enemies in the Tribulation.

But the point is, Jesus wants us to stay busy until He comes. Even though we see the end of the Church Age coming, we have to live as if the Rapture were not near.