There are only two things that can happen in the week to come. Either Joe Biden will be installed as President of the United States or President Trump will remain in office.

IF BIDEN...
If Biden is given the power of the U.S. Presidency, he has already shown where he is taking this nation. The Clintons, Obamas, Comeys, etc., will be back in power to finish what they started.

The ungodly homosexual agenda will be a priority. Biden has said he will tear down the Mexico border wall that Trump has built. Abortion will be hailed as a right. 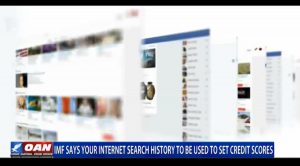 Like they are already doing in China, these brain-damaged idiots want to make your social decisions part of your credit score. If you are a conservative and post anti-abortion support on social media, it will cause your credit score to go down. 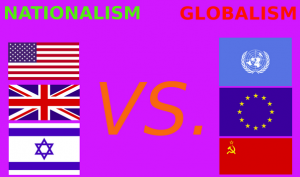 Those pushing these things are Globalists and have a One World Agenda. As Believers, we uncomfortably know where that will end up. Thankfully, the Rapture comes before Satan gets unfettered control of the earth!

A Biden Administration will come after Christians, conservatives and Trump supporters with a vengeance. Biden is not even in office and they are making plans to penalize anyone who supported Trump. Facebook and Twitter have stepped up their censorship.

The Globalists' ultimate goal is to fold the United States under the authority of the United Nations. If this happens, obviously our Republic will be lost. Christians and conservatives would have zero protection. We would be living under pure Communism.

A Biden Administration couldn’t afford for President Trump to leave office with even a shred of credibility. Otherwise Trump might have a future impact to slow their agenda, so they will come after him, his family, his businesses, and any Representatives or Senators who backed him. 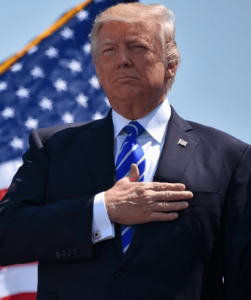 The other possibility is that President Trump retains power. Many are aware of this possibility, but many others still don’t know what might be going on at this moment behind the scenes. Therefore, I will try to briefly summarize, in case it’s true.

According to several people who purport to have inside information, President Trump has massive evidence of individuals and nations who tried to overthrow his administration, not to mention the sham election.

This evidence has been compiled surreptitiously over the last four years. Since 9/11 the government has been able to record every digital transaction on supercomputers. So all the evil, all the illicit monetary transactions, everything, can be accessed and used as evidence.

President Trump has been meeting with his military leaders since his inauguration setting this up in order to finish draining the swamp of the evil that has engulfed in our nation in the last 50 years.

To legally trap those committing treason, President Trump had to first exhaust all of his options in all the courts and states, etc. Only then could he use his constitutional powers to expose and arrest those who are in cahoots with the foreign governments, people who are basically trying to change the U.S. Government from a sovereign republic to be under a Satanically controlled world government.

This is why the Globalists are so eager to get rid of him, cancelling his Facebook and Twitter accounts and even trying impeachment seven days before he leaves office. I suspect these evil people are as nervous as a "cat on a hot tin roof." 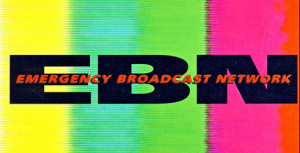 According to what I’m being told (again, I do not know any of this as fact), President Trump would use the National Emergency Broadcast Network to communicate what he is doing. ABC, CBS, NBC, FOX, PBS and local news affiliates will be forced to air the broadcasts or lose their FCC licenses.

If someone is tried and found treasonous, the military judges will determine the sentence—up to and including death. Treason is treason. Supposedly, in the past few years, Guantanamo Bay in Cuba has quietly been tripled in size.

This proclamation would probably be called a state of emergency or lock down for days or weeks to freeze communications in order to arrest the thousands of people who are involved with supporting the foreign government espionage.

This implies the Internet could/would be shut down, and since the opposition will be going bonkers, the possibility of riots, rolling electrical blackouts, curfews, etc., are definitely possible.

Some have suggested having a tankful of gas and extra food would be helpful. But I would imagine you would still be able to go to the store. If the web is down, I guess they would only take cash.

All this would begin taking place before January 20. If it is true, common sense tells me it would begin soon.

THIRD POSSIBILITY
It’s also possible that the Deep State Satanists have distributed all the above Trump info in order to find and track their opposition. The idea is that once Biden is in office, they will round up the “agitators” and charge them (me for example) with insurrection. 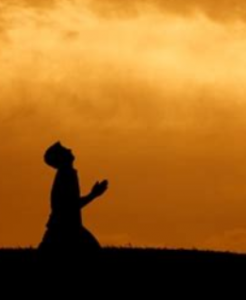 I had to pray long and hard about sending this out. I believe if nothing else, Believers need to be aware of the possibilities to make good decisions.

I don’t know who will be inaugurated on the 20th. I would prefer President Trump, but it’s obviously God’s decision.

Every person is to be in subjection to the governing authorities. For there is no authority except from God, and those which exist are established by God. Rom. 13:1

And most of all, your prayers will be needed regardless of who is President. But God does answer prayer. No, I don’t fully understand how that works, but He says to ask, so we should!

…The effective prayer of a righteous man can accomplish much. James 5:16

Lastly, our protection and victories come from God, not guns or government. Never forget that!

The horse is prepared for the day of battle, but victory belongs to the LORD. Prov. 21:31

So, our prayer is for the Lord’s Will to be done and for us to respond in a Christ-like way, regardless of how this plays out.