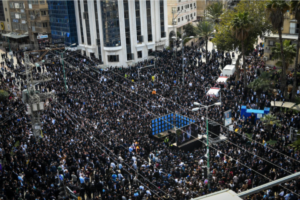 Recently a quite influential Rabbi, Chaim Kanievsky, died in Israel at the age of 94(1). Some 500,000 jammed the streets for his funeral...quite the traffic problem.

What made him unique to Christians was that he was famous for teaching that their Jewish Messiah was coming soon, saying He was "right at the doorway."

Since Jesus called Himself the "door," (John 10:9) that comment caught my attention. Turns out that this guy had taught that the long-awaited Jewish Messiah would come at the end of a Sabbatical year's rest, called a shmita, which only happens every 50 years (Lev 25).

Since 2022 is a shmita year, he was teaching their Messiah would come on September 26. This year Rosh Hashanah begins September 25 at nightfall and ends September 27 at nightfall with the blowing of the last trumpet. Well now that's interesting.

Then someone sent me a video about someone claiming they've located where all of King Solomon's gold and silver riches are buried. Their video about where it's located is certainly provocative(2). 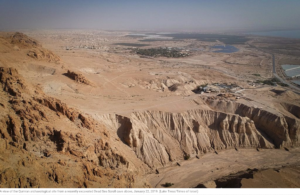 Also interesting is their claim that the riches are located in Qumran, a place I'm touring in about two weeks. Pinch me! Can't wait to see that site! (see drone pic of Qumran)

And finally, this video points out that the Essenes in Qumran laid out their refuge city identical to Jerusalem, which helped them determine where to point the ground-penetrating radar used to find the gold.

For some reason Israel put a stop to their dig after digging down only about two feet—when a 12-foot dig depth was needed to reach the depth where the gold and silver were shown to be located.

As I said, this is quite fascinating, but I have no idea what all this means. I could be chasing a rabbit. Could end up being a nothing burger. But all this IS interesting.

So I've got a call into the only American who is approved to do excavations in Israel, Randall Price. He's recently discovered some more Dead Sea Scrolls in the Qumran area. He's on a ministry trip but promised to call me back later this week. I'll try to get an update out next week before I leave for Israel April 4.

“But you shall serve the LORD your God, and He will bless your bread and your water; and I will remove sickness from your midst." Ex. 23:25

CLICK HERE to read past articles about Israel's Lost Riches 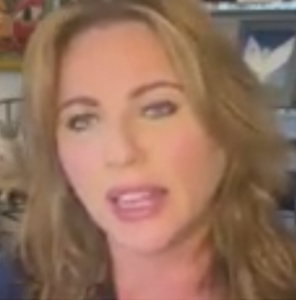 If you have time to watch only one video, this is the one to watch!

And why has the media-crowned "Man of the Year" President Zelensky cancelled all the opposition political parties in Ukraine?(2) He sure sounds like a Klaus-trained communist dictator to me.

Could it be that Biden and the Globalists/Satanists NEED a "bad" Russia to blame for all the high va((ine deaths in the U.S., high gas prices, zero border control, hundreds of thousands of va((ine related deaths, etc.? 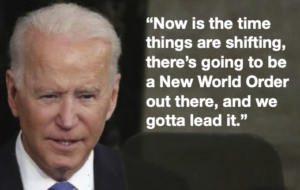 After all, since Biden just said he wants to LEAD the New World Order (1), he has to show he can lead--rather, force--people to obey here in the U.S.

If you want more details about the absolute ridiculousness going on in Ukraine, check out this video below. This guy has good info and asks the obvious questions about the elephant in the room.

This video also shows that what was a conspiracy theory last week is mainstream news this week. They just HAVE to find a way to keep the cyber cat in the bag. Hey, people can't keep finding out the truth! 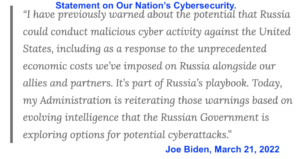 No one knows for sure why he's saying this, but this is the second time he has warned businesses to brace for a cyber attack. It is doubtful that Russia would do that, so you have to assume it's possible that our esteemed Biden Administration leaders are preparing one to cover all their problems.

So, they have planted the seeds that a nuclear war is coming, or food shortages, or a cyber attack. I'm wondering if it's just more stuff to make Americans fearful. Maybe.

But they do have gigantic financial problems that are getting worse, all for the purpose of collapsing the dollar. Then they can implement the digital financial reset which gives them total control. So it makes sense this is something they might be doing to move their Satanic plan along.

And as a bonus for them, a cyber attack could silence all the alternate media sources that explain what is really going on. Since all the major networks are controlled by Globalists/Satanists, including Fox, they could conceivably control 100% of the narrative that's spoon fed to the public.

You can read more about Biden's cyber warnings HERE

Always keep in mind that nothing is happening that God doesn't allow! And the Lord causes all things to work together for good for Believers (Rom 8:28).

The only way to prepare for a cyber attack is to keep your phones and computers off the Internet... which is next to impossible for us running a business.

I personally am not expecting anything to happen before November. But I do keep my back-up computer drives unplugged most of the day and all night...for what it's worth.

Tucker Carlson is the lone voice of reason among the reporters in this 24/7 "Poor Ukraine/Russia is bad" media blast.

Evidence now shows that chronic exposure to Covid va((ines and boosters can disrupt your innate immunity which increases the risk of new disease. This is being called VAIDS (va((ine-induced acquired immunodeficiency syndrome).

We've been saying for two years that the numbers of Covid deaths are highly inflated. So now they are backing off the numbers they used to scare the beejeebies out of people in order to increase the demand for the va((ines. Liars. Good luck standing before a righteous Judge. 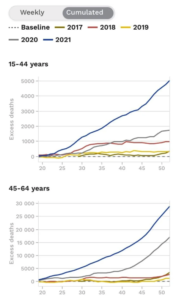 More evidence is coming in that deaths are skyrocketing since the Covid va((ines have begun.

And Covid-19 is not the cause!

I wonder how many people who took that va((ine knew it had a poison in it called graphene oxide?

Or that life insurance companies would balk at paying for all the unexpected death claims? Or that they were part of an experiment. Or that they would be MORE LIKELY to get Covid if they had the shot, not less likely. 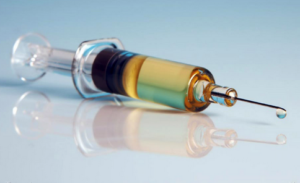 An unnamed doctor (anonymous for obvious reasons) says that based on the number of people he's seeing with problems in his practice, and what he's hearing from colleagues, it is likely that millions of Americans are suffering horribly from the Covid va((ines, but if doctors say anything, they can lose their license to practice. 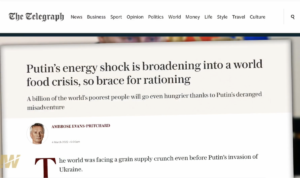 As most everyone has observed, our groceries are not only far more expensive, but even in America the shelves are beginning to have lots of missing items.

Due to supply problems and fertilizer shortages, expect this to get worse over time. The ultimate for the Globalists/Satanists is to be able to ration food only to those using their digital money. But that is a post-Rapture event in the Tribulation. CQLJ!

Insurance Company Denies Life Insurance Claim Due To Being Va((inated

Eventually all insurance companies will deny payments to those va((inated due to any insured person being a part of a medical experiment. The insurance companies have no choice as they all operate on a tight actuarial table for death. Otherwise they will all have to close.

Watch this just to balance out what you're hearing about everything eventually getting back to normal. Mike Adams, who is quite smart, discusses food shortages, digital controls, mass deaths, etc. It's worth hearing, but don't get rattled!! Just shows you we might be coming up on our exit.

Now We Find Out They're Hiding Va((ines In Food

Karen Kingston and Brannon Howse lay it all out. 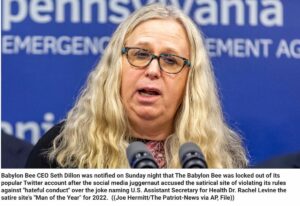 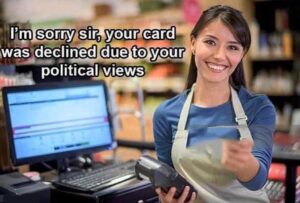 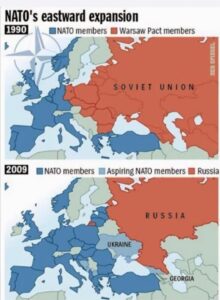 Below shows beyond a shadow of a doubt that the purpose of the va((ine was to harm people, not help. Despite knowing this, they suppressed the availability of treatments. 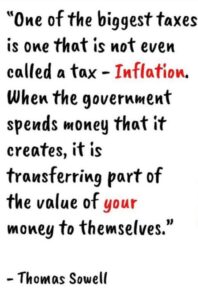 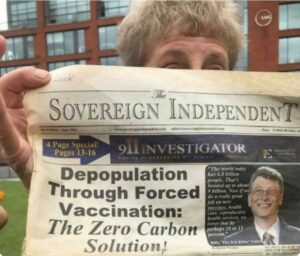 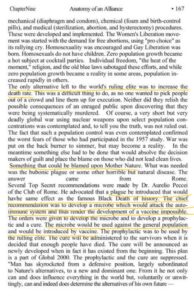 Below is a new CDC ad that's running nationwide... hmmmm.... 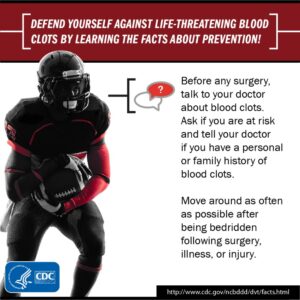