Is Iran Planning to Attack Israel?

[Scroll down to Article] 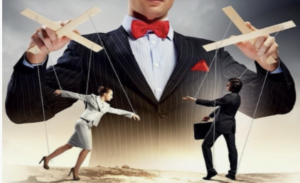 As we watch the forces of good and evil ebb and flow for control, always remember that most of the media is manipulated by Satan's forces and gives a false picture of what's really going on.

Satan is using his people to hide the true purpose of the gene therapy treatments (falsely referred to as va((ines), which is mass depopulation of the earth.

Why else would Pfizer openly try to hide what's in their shots for 55 years? It must be quite horrible.(1)

In the Additional Resources section below is a link to a video about a doctor who figured out what was in these va((ines, and he was apparently murdered four days after releasing a video about what he found.

(And believe it or not, that's not even the most important video to watch—the first three video links are eye-popping and need to be seen ASAP. Worth the time invested!)

Before and After Rapture

God's got us here living at the brink of the next Biblical dispensational change. Dispensations affect the whole world so you have to view today's events from a worldwide Biblical perspective. Then, and only then, can you make sense of what you're seeing. 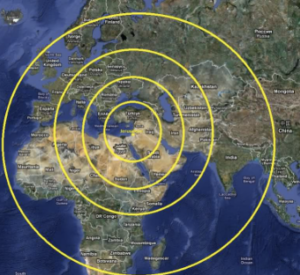 The article below is about Israel. When God says He blinded them, He totally BLINDED them for 2000 years.

And Israel's blindness is on top of already being blinded by Satan as non-Believers in Jesus.

in whose case the god of this world has blinded the minds of the unbelieving so that they might not see the light of the gospel of the glory of Christ, who is the image of God. 2Cor. 4:4

But after this dispensational change takes place, after the Rapture of the Church, the Lord will again reveal Himself to Israel and the world as He goes back to making Israel His priority on earth.

“I will magnify Myself, sanctify Myself, and make Myself known in the sight of many nations; and they will know that I am the LORD.”’ Ezek. 38:23 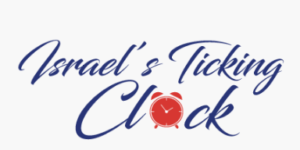 So it's important to pay attention to what's going on in Israel to see where we are on God's clock. Enjoy the Israel update article.

Lastly, for those of you running from room to room with your hands in the air, even when we don't understand what God is doing, we have to trust Him.

Relax, God's got this. We've already won the war, use us in the daily battles, Lord! 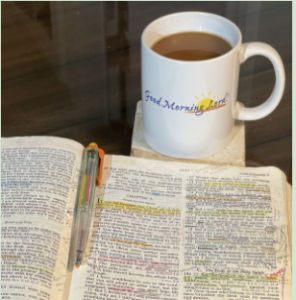 Coffee With Your Bible?

We obviously can only do what we do because people graciously support Compass. And we thank the Lord that we've been able to defend the accuracy of the Bible from Genesis 1 to Revelation 22 for 28 years!

So for those who would like to support us with an end of the year donation, we would like to thank you with a special gift—our Good Morning Lord! coffee cup! CLICK HERE for details or call us: 208-762-7777

Is Iran Getting Ready To Attack Israel?

Or is Israel getting ready to attack Iran?

According to several sources in Israel, the Israeli Defense Minister, Benny Gantz, is publicly telling citizens on PUBLIC TELEVISION that they need to prepare for war with Iran.(1) A public warning like this has never been given in the history of modern Israel.

So, not surprisingly, the Israeli Air Force is being seen in the skies over Israel and the Mediterranean, presumably practicing bombing runs for Iran.

1400 hundred yeas ago the prophet Ezekiel prophesied Israel’s return to their homeland (Ezek. 37), and now they’re home after gaining their last piece of critical real estate, Mt. Moriah and the Temple Mount, in 1967.

In the following two chapters, Ezekiel 38 and 39, the prophet prophesies that Israel will later be invaded by a coalition of countries...specifically mentioning Iran (Persia) as one of the invading nations, along with Gog, which is presumably Russia.

As you can see from the above blowup of the left side of our foundational 70 Weeks of Daniel Bookmark(3), the timing of the Ezek. 38/39 invasion happens AFTER the Rapture and during the 50-day period before the signing of the 10-nation peace treaty.

Iran has recently been militarily emboldened by the Biden Administration’s disdain for Israel(4) and its disaster in the Afghanistan withdrawal. Reports are circulating that Iran is now, without restriction, building atomic weapons.(5)

Apparently the Iranians believe the United States military, run by the Biden administration, will be incapable to stop the Iranians from both building and using them.

However, Israel won’t be waiting around for the United States to make another treaty with Iran. They know if Iran gets a nuclear warhead they will immediately use it against them.

In 1967, Israel watched eight nations amass troops on Israel’s border claiming they were going to attack Israel and drive her into the Mediterranean Sea.

Israel didn’t wait around and instead took their threats as an invitation to surprise-attacked them. Six days later all eight nations surrendered to Israel giving her control of the West Bank, East Jerusalem and the Temple Mount—God’s holiest place on earth.

In 1981 Iraq was openly building a nuclear bomb—again, Israel didn’t wait around. Israel bombed their nuclear facilities to smithereens. Their nuclear program never recovered to this day. 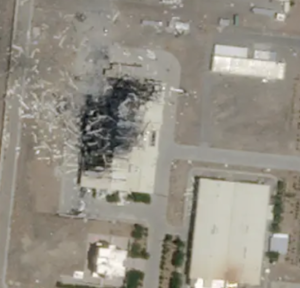 So it's highly likely that the Israelis are again taking matters into their own hands to neutralize Iran’s nuclear facilities. They know if they wait, they could lose their entire country.

Israel’s been tracking the TRUE locations of Iran’s nuclear program for years so when they do go after Iran's nuclear facilities, it’s unlikely they will miss their targets.

When Israel does things like this to protect herself, it's always an embarrassment to Iran and is a growing impetus for Iran to covertly plan an attack with all those Ezekiel 38/39 nations. And we know when the Rapture happens, they’ll be ready to strike.

And we know that when the Ezekiel invasion takes place, nuclear weapons will be used. After the battle Israel has to wait 7 months to "cleanse the land." (Ezek. 39:12, 14-16)

For the record, when Ezekiel 38/39 does take place, God fully wipes out all the participating nation’s armies and shows the world that Israel is His chosen nation. The Church Age is over and now God is back actively and publicly defending His name.

“I will strike your bow from your left hand and dash down your arrows from your right hand. You will fall on the mountains of Israel, you and all your troops and the peoples who are with you; I will give you as food to every kind of predatory bird and beast of the field. You will fall on the open field; for it is I who have spoken,” declares the Lord GOD.” Ezek. 39:3-5

OR, if Iran is getting ready to attack Israel and has assembled the other nations covertly, then the Rapture is quite close!

I’m guessing Israel will attack Iran. And not long after, Israel will discover its vast gold and silver riches detailed on the copper tablet found near the other Dead Sea Scrolls.(2)

Is this exciting or what!

Satanists/Globalists Plan To Take Over America

FEATURED VIDEO: If you only have time to watch one video, this is the one to watch!

This is 24 minutes worth watching as it explains in layman's language what the heck is going on in the world. Clear and concise!

After you watch this one, watch "Connecting the Dots" just below...

This will wake up a lot of people. Melissa Clummel, a financial investor from Northern Ireland, clearly explains what is taking place in our world. Every person on the planet, Christian or not, needs to take 30 minutes and watch this!

The SCIENTIFIC data/evidence shows that in October 2021 va((inated people accounted for 60% of all Covid cases, 67% of all hospitalizations, and 82% of all deaths. Wake up, world!

Dr. Jane Ruby interviews Dr. Jessica Rose about the long-term effects of the Covid va((ine. This is unbelievable—the va((ine is literally destroying our immune systems!

This is huge and shows you the depth of what we're up against. Here's a German doctor trying to warn the world about the va((ine and the Satanists/Globalists promptly murdered him. I'm guessing he must have been flying right over the target!

Medical Proof That The Va((ine Is Murder

Dr. Vernon Coleman: "Now we have the evidence to stop the jabbing!"

There are a couple of coarse words embedded around the screen to watch ... FYI ... but the revealed confidential info about a deal between Moderna and the Federal Government in 2015 is incredible! Covid patents are owned by those approving the va((ine!

Fauci Is From The Pit Of Hell

Interviewed by Alex Newman, Robert Kennedy shows Fauci has a dark history—he's been an evil, evil man for decades! Makes you want to scream that he's the one person responsible for this whole Covid mess.

86 Stillbirths In 6 months, Instead Of The Normal Two

This will break your heart. Pregnant women are getting va((inated to be able to go into restaurants but it's terminating their pregnancies. Hardly worth it!

An Idaho nurse spills the beans on what's really going on regarding why hospitals are full. Hint: Remdesivir is what's killing people!

1/3 Of Healthcare Workers Are Not Va((inated

Well this is interesting. The reasons they give for not va((inating are 1) They don't work, 2) Adverse effects and 3) No viable testing.

What these Satanic/Globalist creeps want is to totally control every aspect of every life. Polly explains in a heart-to-heart expose' with some good A. W. Tozer clips.

Sweden: Get Your Covid Va((ine Passport In A Chip In Your Hand

What are they thinking??? Does no one in Sweden have a Bible???

This is quite spooky! Dr. Pablo Compra, part of a Spanish research group, has found evidence of wireless nanosensors in the va((ines. Interviewed by Stew Peters.

Mandates Now Blocked In All 50 States 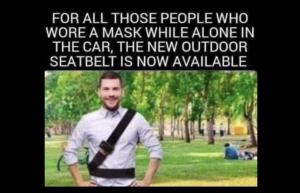