The above verse frankly tells us that God conceals things in His Word, the Bible. It's a challenge to Believers to probe and uncover God's mysteries He's hidden in scripture.

Even in this Proverb, a seemingly straight-forward point, there’s more that meets the eye when you dig a little deeper.

Joe Kovacs, author of, Reaching God Speed: Unlocking the Secret Broadcast Revealing the Mystery of Everything, points out that the NASB translates the Hebrew word dabar to mean “matter” in English.

But what does dabar actually mean in Hebrew? In Hebrew dabar means "the word" and is translated as "word" 727 times in Scripture.

Here are some examples of using the Hebrew word dabar in scripture:

So this verse could easily be translated...

Taking it a step further, most Believers recognize that Jesus is “the Word.”

So knowing that Jesus is the Word, our verse could easily be further translated:

So from this we learn that it's Jesus who hides Himself in Scripture and it's our job to search Him out. 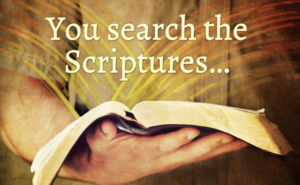 Now with that knowledge consider this verse about how broad and encompassing Jesus is:

I pray that the eyes of your heart may be enlightened, so that you will know what is the hope of His calling, what are the riches of the glory of His inheritance in the saints, and what is the surpassing greatness of His power toward us who believe. These are in accordance with the working of the strength of His might which He brought about in Christ, when He raised Him from the dead and seated Him at His right hand in the heavenly places, far above all rule and authority and power and dominion, and every name that is named, not only in this age but also in the one to come. And He put all things in subjection under His feet, and gave Him as head over all things to the church, which is His body, the fullness of Him [Jesus] Who fills all in all. Eph. 1:18-23

So we see that it's the God named Jesus who hides Himself and who fills all things everywhere with Himself, including the prophecies of things to come. Prophecies about this day and age.

The conclusion is that we can find Jesus in this Old Testament Proverb. And for us Born Again Believers, it could be translated:

'It is the glory of God to conceal JESUS and the glory of kings [leaders] to investigate JESUS'  Proverbs 25:2

What a privilege it is to investigate His inerrant Word with the enlightenment of God's Holy Spirit to better understand the times in which we live. But it takes some digging!

“You search the Scriptures because you think that in them you have eternal life; it is these that testify about Me;" John 5:39

I'm warning you—this information almost made me physically sick. This guy is from the inside of the Va((ine and insurance industries and holds nothing back.

Death rates from the va((inated are continuing to go through the roof and are being covered up. The insurance companies originally said unexplained deaths were up 40%, which was called "catastrophic." Now it's 84% and growing. They expect it will increase to 5,000%. Wonder what they'll call that?

Find the time to watch this...you'll learn a lot about how the Globalists/Satanists are reaching their goals. 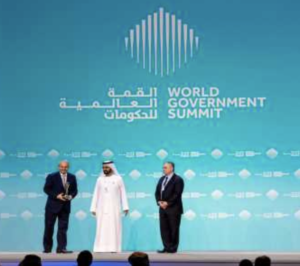 While we were distracted by Will Smith's sissy-slapping on the Oscars, the Globalists/Satanists met to plan our new world government. Whether they can pull this off at this time is up in the air. But they THINK they can and are making plans to rule over your every facet of life.

World Abandoning The Dollar As The Reserve Currency

The Globalists/Satanists are now openly calling for abandoning the dollar and moving to a new world digital currency. If the Rapture doesn't come soon, this new currency will separate the men from the boys, the true Believers from the fakes, because you'll have to be in their system to eat their food, buy their gas, use their healthcare. CQLJ!

Hear it for yourself—was Fauxi paid off by somebody to change his mind?

Satan is the "god of this world" and he wants your children, who are designed in the image of God, to be dead or physically and/or mentally sick.

If you're a parent with kids in Public school, you need to wake up and smell the coffee. Public schools are the most dangerous places on the planet for your kids.

And if you think that's bad regarding your children, watch this 4-minute video warning about adrenochrome...CQLJ!
CLICK HERE

“And whoever receives one such child in My name receives Me; but whoever causes one of these little ones who believe in Me to stumble, it would be better for him to have a heavy millstone hung around his neck, and to be drowned in the depth of the sea." Matt. 18:5-6

Why The Pandemic Will Never End

The purpose of the so called "pandemic" was not about health but to get the world used to being controlled. So now the World Health Organization (WHO) is proposing a new pandemic treaty they’re hoping will be accepted by enough member countries to become a reality by 2024, or sooner. If they get their way, WHO will call the healthcare shots for the entire world.

Dr. Robert Malone has some cold-water-in-the-face information for the va((inated. And it's not good.

What's In Your Food

Ewwww..... This short video will open your eyes to what they're legally putting in our food.

The number of people preparing for what's likely to be coming is growing.

How Your Beliefs Actually Control Your DNA

This is huge! New fascinating evidence is coming out that our personal chosen beliefs actually affect our DNA, not vice-versa. God designed and created us to function in a body that is interacting with itself.

The Globalists/Satanists may reprogram people, but the best they can do is make a robot, not a true human in God's image.

This puts a whole new spin on this verse:

Therefore if anyone is in Christ, he is a new creature; the old things passed away; behold, new things have come. 2Cor. 5:17

JP Sears is at it again! Let's just say JP asks all the right questions and makes the elites look more stupid than usual! 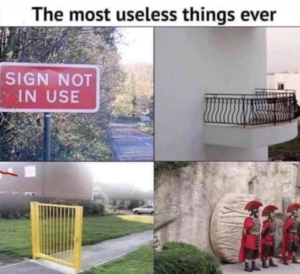 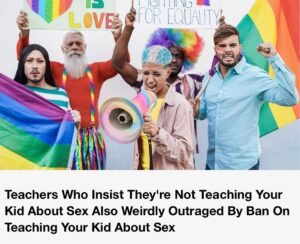 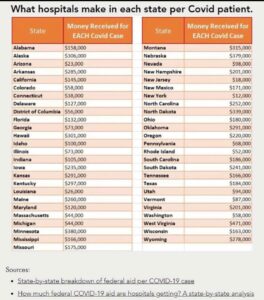 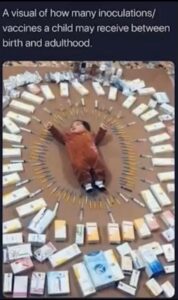 The above picture is a visual of how many shots Satan wants to give your kids growing up. We have the sickest kids on the planet—that's not from God! Do your research!