But Noah found favor in the eyes of the LORD. Gen. 6:8

In the account of Noah and the worldwide flood, after construction of the ark was completed, God told Noah and his family the flood would begin in 7 days.

“For after seven more days, I will send rain on the earth forty days and forty nights; and I will blot out from the face of the land every living thing that I have made.” Gen. 7:4

Noah and family spent those last 7 days loading the animals on the ark. Actually, God brought the

animals to the ark and commanded them to go inside to Noah…which must have been quite helpful!

So they went into the ark to Noah, by twos of all flesh in which was the breath of life. Those that entered, male and female of all flesh, entered as God had commanded him; and the LORD closed it behind him. Gen. 7:15-16

But what’s most interesting is that Noah and his family were given a heads-up when the flood was about to begin. They had spent some 100 years constructing that huge boat and now it was time to trust God’s design to save them from the global flood waters.

We know Noah and his three sons all had wives. I wonder what it would have been like that last week knowing the floodwaters were about to commence. I would have loved to be a fly on the wall listening to some of those conversations that last week!

Each family would have probably built an apartment and the wives would have loaded it with necessities like clothes, pots and pans. Think of all the questions! It had never rained on the earth,

surely that was discussed—"Noah, tell us what rain is."

What a wild week that would have been knowing the coming devastation was just days away! Talk about faith!!

By faith Noah, being warned by God about things not yet seen, in reverence prepared an ark for the salvation of his household, Heb. 11:7

Today, I believe the Bible teaches Noah and family illustratively represent the Church (Matt. 24:37). Just as God promised Noah and his family He would rescue them PRIOR to the flood, He promises us today we’ll also be rescued from God’s wrath that’s coming on this earth.

Therefore, since Noah and his family knew they were down to 7 days, it shouldn’t surprise us that God is revealing to Believers on this earth that our rapturous rescue is near.

Just as Noah and his family knew the flood was days away, Paul also says Believers should be able to clearly see the day approaching.

not forsaking our own assembling together, as is the habit of some, but encouraging one another; and all the more as you see the day drawing near. Heb. 10:25

We don’t know today when the Church will be complete. So our exciting exit could be moments, months or years away. But I think you can make a case that we can see the end of the Church Age coming to a close.

But realize this, that in the last days difficult times will come. For men will be lovers of self, lovers of money, boastful, arrogant, revilers, disobedient to parents, ungrateful, unholy, unloving, irreconcilable, malicious gossips, without self-control, brutal, haters of good, treacherous, reckless, conceited, lovers of pleasure rather than lovers of God, holding to a form of godliness, although they have denied its power; 2Tim. 3:1-5

Hey, we might be seeing the equivalent of the animals showing up at the ark. They may not be loading yet, but they certainly seem to be gathering at the door! What an amazing time to live and be used by God!

And always remember, as we see the signs all around us of our impending departure, we’re commanded to encourage one 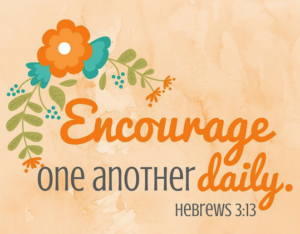 …we will live together with Him. Therefore encourage one another and build up one another,… 1Th. 5:10b-11a

While they are saying, “Peace and safety!” then destruction will come upon them suddenly like labor pains upon a woman with child, and they will not escape. 1Th. 5:3

🔥 Fast-talking conservative radio host Ben Shapiro ruffled many conservative feathers during the pandemic (including mine) when he started publicly advocating for the shots. He’s often been described as “an outspoken advocate” for the jabs, making him a conservative outlier.

The PostMillennial ran a story yesterday headlined, “’We Were Lied to by Everyone:’ Ben Shapiro Walks Back Support for Covid Vaccine.”

What really seems to have finally gotten through to Ben was the October 10th admission by a Pfizer executive that the drugmaker never actually tested whether the shots would reduce transmission of the virus. Now — a year and a half late — Ben finally gets it. On his Tuesday show, he expressed shock and dismay at all the lies:

Me neither. Ben continued:

“It is now perfectly clear that we were lied to. And we were lied to at a very high level and from very, very early on by both the vaccine companies, in terms of the ability of the vaccine to prevent transmission, and … by our politicians who apparently knew better.”

Ben, who is otherwise very smart, pointed out that during the vaccine rollout, the media was just parroting what Pfizer and Moderna claimed, because that WAS THE ONLY DATA. So the drugmakers MUST have lied. He said the data about reducing transmission was why he decided to get double vaccinated, and why he advocated for others to get jabbed, on his show and on his social media accounts.

But on Tuesday, Ben said he’s no longer sure he would have gotten the shots, if he’d had the correct information, given that he is not in an at-risk category for the virus.

I’m confident a lot of you are thinking, too late, Ben! And I don’t blame you. I don’t even blame you if you think Ben’s proved that he’s controlled opposition or something. For me, I’m willing to accept his belated apology and, while I wish he’d been open to considering the developing data last year, I recognize that he can still greatly help the movement with his platform, his voice, and his intellect.

I feel that way because I know a lot of other smart people — I’m talking about friends and colleagues and relatives — who also fell for the government’s medical fairy tale, just like Ben did. Some of those folks are starting to come around, too, and I’m happy to have them back.

We are going to have to figure out what to do with all these people, the people who were on the wrong side during the war, but who now recognize their mistake. As a Christian, I’m required to give them grace, the same grace I’ve received. But there’s a practical reason to forgive them, too.

The practical reason is that we are going to need them for the next part: making sure this never happens again.

Finally, although I’m not quite ready to start listening to Ben again, I am happily subscribed to the Daily Wire, and I am happy Ben’s finally landed back on planet reality. Also, you have to allow that, in Ben’s favor, is the fact that he always argued against mandates, both for masks and vaccines.

(It's possible people died because of what Shapiro recommended, sad. I wonder if we'll get apologies from Franklin Graham, Robert Jeffress, Tim Moore, et. al.? —BP)

Hello—America Is Being Destroyed Before Your Very Eyes 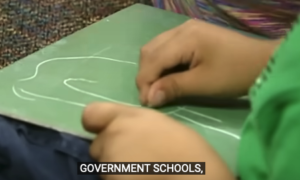 Mark Levine is on fire! Nails everything in 12 minutes! Says we better wake up and smell the coffee!

Watch only the 3-minute video recap at the beginning.

Dr. Ruby has more info on tissue clots and morticians, but you can just watch her recap at the beginning for all you need to know.

The Image of the Beast? 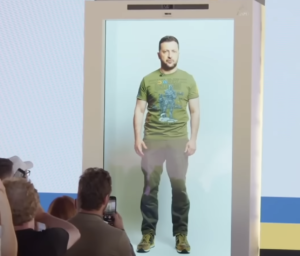 How Do We Resist? 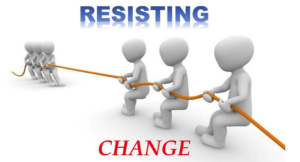 Leo Hohman gives an accurate, although uncomfortable, assessment of our current state of living in the USA. Always remember, a wise man has many counselors so this is for balancing information you may be hearing.

Hands Are Being Micro-chipped

The mark marches onward as people in Europe are embedding their banking info into their hands.

Surprising no one, we now have proof that Fauxi directed the Gain of Function research that infected the world.

Britain Going Down The Tubes

Britain's new leader is a non-Christian Globalist Indian who has ties to the WEF ... completing their fall from global power.

Israel Was Duped Like The Rest Of The World

The Dollar Has No Chance

When you watch/read this, remember that one of the purposes of all Biden's excessive spending is to crash our economy so that they can "build back better." Which means "You'll own nothing and love it."

In case you missed it..... this is really good!

You Were Being Tracked During Covid 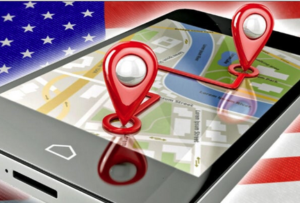 We know where this is headed! Millions of Americans were assigned ‘COVID-19 violation’ scores based on cellphone data collected during the lockdowns. This may seem like no big deal, until one day you get a ticket in the mail for violating a future mandate to stay home. CQLJ!

Excess Mortality Across The Globe 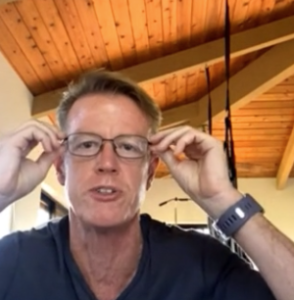 Ed Dowd calmly walks you through the disaster predicted by the data, but will anyone listen? If you don't know who Ed Dowd is, he gives his background beginning at the 21:30 mark. 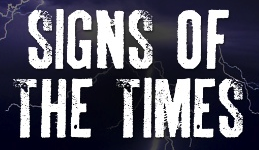 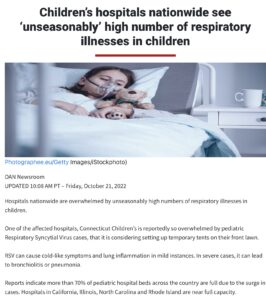 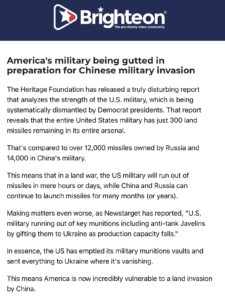 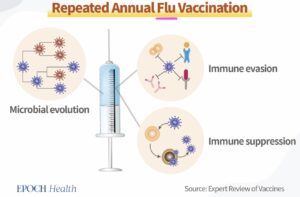 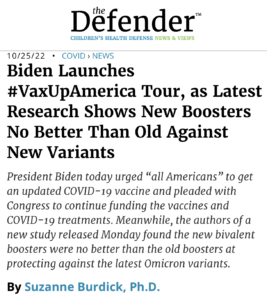 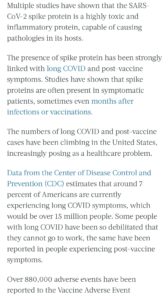 In an interesting interview with Epoch Times, Dr. Ryan Cole broke down the mechanisms through which the spike protein can cause symptoms being reported by the vaccine injured. Dr. Cole has processed tens of thousands of blood and biopsy patient samples annually. He said:

"[Due to taking the mRNA treatments, our bodies] now have a perfect storm for other infections to infect the human body. Countless papers now talk about the reactivation of shingles. I keep hearing reports of wildfire cancers."
"[The people saying the shots are safe and effective] aren’t looking at the cells under the microscope so they’re not seeing the damage that I and many of my colleagues are seeing."
"The [damaged] cells don’t lie. The [tissue] clots don’t lie. The damaged organs don’t lie." 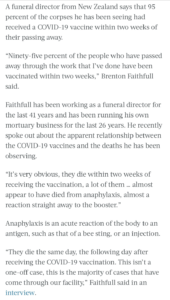 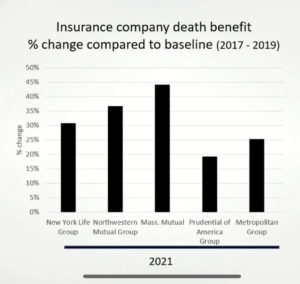 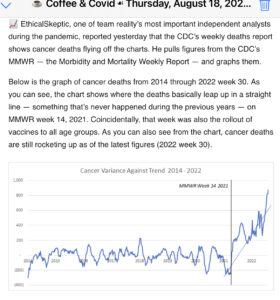