Between Now And January 20 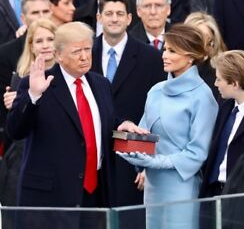 The Presidential election, despite all the national networks and social media doing everything they can to say otherwise, has NOT been decided.

Biden has yet to be formally elected. As you will see, much can and will happen and all of it favors President Trump.

In all past elections, once the popular vote is tabulated, a series of things happen of which most people aren't aware. There are numerous points in this process between now and January 20 where Trump could prevail.

Did you notice Biden getting all upset recently over those five swing states each filing a separate slate of Republican electors? Biden knows that means the electors/election will be contested in the House of Representatives.

The constitution lays out the procedures to follow if there's a contested election. And those procedures favor President Trump, not Biden.

CLICK HERE to learn the entire process of what's ahead for the electors. It's about 45 minutes long, but if you want the exact details, they're in this video.

I do think that video is very encouraging. I'm still of the opinion that President Trump will be inaugurated January 20th. And this video proves it's possible, if not probable.

But what if...
But let's take it a step further. What if the Supreme Court won't hear the fraud allegations and the House for some unknown reason can't get the victory to President Trump?

January 6 is a big date 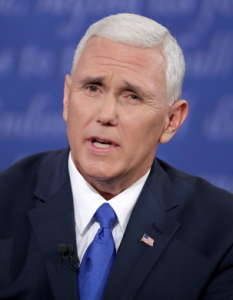 In our constitutionally prescribed process the Vice-President is in charge of the House of Representatives, not Nancy Pelosi, and Vice-President Pence has to accept the electors.

We just received word that the Dominion voting machines and software used in the five swing states were analyzed by forensic experts. They confirmed there were algorithms in the software programing that pushed votes to Biden and away from President Trump.(1)

Without those algorithms in place, President Trump wins in a landslide with over 400 electoral votes. He was defrauded and now there is proof.

Therefore, if Vice-President Pence believes fraud has taken place, he can choose to not accept the electors from those five states. That would put Biden under the 270 electoral votes he needs to be elected. It's Pence's call to make.

If Pence throws out those swing state electors, the House would then vote on who will be President—one vote per state. There are about 30 Republican and 20 Democrat states. President Trump would win. This all happens on January 6. 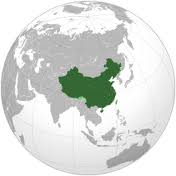 There is no doubt if Biden and his China/communist backers take over, our Republican form of government is totally over. In ten years, tops, there will be no middle class, no private property ownership, no stock ownership (stakeholders not stockholders), and no chance of ever getting back our Republic.

America as you have known it will be gone forever. In no uncertain terms, we are at war and the enemy is both foreign and domestic. A leaked list of 2 million Chinese secret members has just been released and 20 U.S. Governors are on the list!(2)

Our Idaho's Governor Little, who has made so many odd, un-Idaho-like decisions during this plandemic, is on the list. Well no wonder! I hope they all go to prison.

Knowing those Democrats who will be taking over are committed to installing a communist regime in our country, should President Trump just walk away and let them have our country?

If President Trump does believe the Chinese Communists are in fact behind this destabilization of our government in order to literally conquer us/take over, and Biden 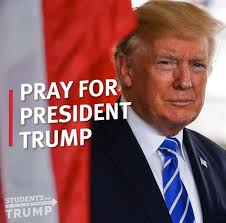 and his cronies are in on it, should he allow them to take over? Or should they be arrested?

As far-fetched as that seems, a war is a war. All options would still be on the table for the President. He definitely needs our prayers!!

Final thoughts...
I really didn't expect that we would see this much of the New World Order coming together prior to Rapture. The Globalists are using COVID-19 as a stepping-stone to world control. The only thing left is to get control of the United States.

If they succeed in their quest, it will be a slippery slope to economic and social slavery. But that model does not fit what I understand the time to be like just before the Rapture.

So that's another reason I think President Trump will be reelected. If there is buying, selling, planting, harvesting, building and weddings when Rapture happens, it just seems logical that this huge push for a New World Order will fail until the Restrainer is removed.

Once they realize President Trump will be reelected, the Globalists will try one last hail-Mary with riots and such. But President Trump should have no problem using the military to put them all in jail.

It might get a bit dicey for a while, but ultimately we'll come out on the other end of this with a chance for great revival.

Trust in the LORD with all your heart and do not lean on your own understanding. Prov. 3:5