China in the Tribulation 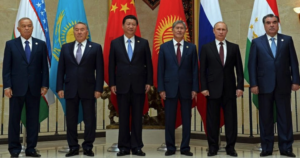 A little-discussed part of the Tribulation is the massive invasion into the Middle East by the “Kings of the East.”

“But rumors from the East and from the North will disturb him, and he will go forth with great wrath to destroy and annihilate many." Dan. 11:44 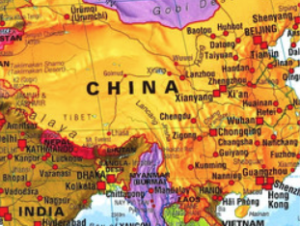 What’s that all about? How does all this fit into the end-time prophecy scenario?

First notice that the word used, “Kings,” is plural, meaning more than one. So it’s not only China but also would include at least one other Far East nation, and probably multiple.

We also know from Revelation 16 that the invasion happens during God’s Bowls of Wrath judgments in Revelation 16.

These horrible judgments come after the Mark of the Beast (Rev. 13:16-17) has been instituted and before the monstrous earthquake flattens the entire world. (Rev.

These eastern nations will have endured the same wrathful judgments from God for close to seven years—so they’ll apparently figure enough is enough and it’s time to take matters into their own hands.

Also, as an additional incentive, the Anti-Christ will finally have gained control of all Israel's newly found gold and silver riches that caused the Russian/Persian invasion coalition doom. (Dan.11:43)

But he [the Antichrist] will gain control over the hidden treasures of gold and silver... Dan. 11:43

So it's possible that the Kings of the East could also be motivated to invade to capture these riches.

With limited time because the whole earth is starving, China will rally other eastern nations' armies to join her to march on the Middle East to wipe out the Jews and the Antichrist’s armies— thinking that will put an end to all of their problems.

That’s one massive invasion force! That amazing number has been debated for 2000 years. But certainly possible as the population of China, Pakistan, Indonesia, India, Japan and Mongolia is currently about 3 1/2 billion.

Since the invasion is prior to the mother of all earthquakes, the huge number of troops is certainly within range.

So the Kings of the East will jointly bring the massive army east toward Jerusalem. When they reach the Euphrates River, God’s angel dries up the river to make it easy to cross. 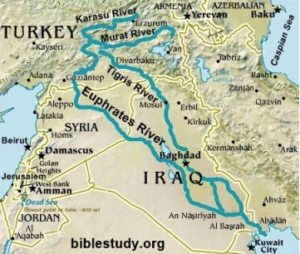 The sixth angel poured out his bowl on the great river, the Euphrates; and its water was dried up, so that the way would be prepared for the kings from the east. Rev. 16:12b

All this makes it awfully interesting that today China is currently building a massively long road from Xiam, located in the middle of China’s productivity sectors, to Europe.

And most interesting that it actually goes through the Middle East and Israel.

Referred to as the "Belt and Road Initiative" (BRI) it’s a multitrillion-dollar infrastructure program that will link China with more than 100 countries through the road and shipping routes.

BRI will follow the old trading routes between east and west (The “Belt”), and ocean routes (The “Road”—yes a bit of a translation problem as it’s not a road but an ocean route!). 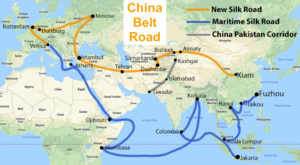 And wouldn’t you know it, the road just happens to go straight through Afghanistan. What a coincidence!

So when we pulled out of Afghanistan, we not only heavily armored the Muslims to fight against Israel, we also helped Hunter Biden keep his promise to President Xi Jinping by giving China access to build their "Belt."

I wonder how much that was worth? Probably a lot. 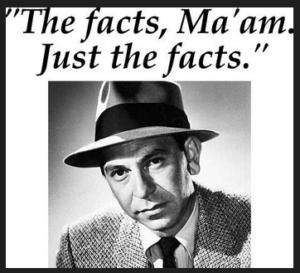 As we've often stated, what's going on in the world makes zero sense unless you look at it from a Biblical perspective—which in this case is from Satan's side. He seems to believe his time has arrived to get ready to rule and destroy the earth.

‘Is this the man [Satan] who made the earth tremble, who shook kingdoms, who made the world like a wilderness and overthrew its cities..." Is. 14:16b-17a

It sure seems like he's got his cult-followers pulling out all the stops. After all, he's got a killer va((ine that has the whole world clamoring to take it to their own doom.

These Globalists/Satanists have to keep people's eyes off the fact it's killing people so they fill their controlled news releases with other distraction issues like Afghanistan, border crises, parents as domestic terrorists, hiring new IRS agents to come after Republicans, debate over how many sexes there are, va((inate or lose your job, can't work or travel without the va((ine, etc. Whatever it takes.

A good friend of Compass, who was well-connected with the inside workings of the U.S. Government, once told me, "It's not what they're putting out in the news that's important...rather...it's what they're not saying that you should be wary of."

So don't fall for the fake news and keep your eyes up not down!

It All Started with Bush!
If there is still any doubt in your mind that Satan wants you dead, check out this Covid timeline of major dates and events.

Life-Saving Advice
Based on his clinical experience, emergency room physician Dr. Bartlett shares what you MUST do if you have to go to the hospital due to Covid. 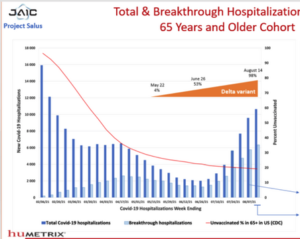 This is amazing. Attorney Tom Renz exposes DOD files showing the REAL data from Medicare patients who took the clot-shot.

What's In Your Blood After A Covid Va((ination
Stew Peters interviews Dr. Zandre Botha, who's examined blood samples of va((inated patients. What she found was scary and no one has been able to figure out what it actually is.

71% of +65 Covid Hospitalizations are Fully Vaccinated 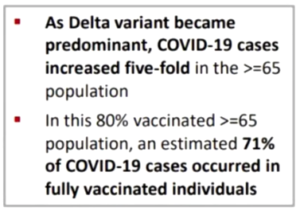 Stew Peters and Attorney Thomas Renz show proof the va((ine is more dangerous than beneficial for those over 65 years of age.

Pandemic of the Vaccinated
Wisconsin Senator Ron Johnson shows more vaccinated Britons died because of COVID than their unvaccinated compatriots, 63 percent vs. 28 percent, and that the Biden Administration is lying about its safety.

It's hard to read this article but it wakes you up to what we're dealing with!

Ivermectin Works
If you ever needed proof the Globalists are not looking out for your best health interests, just look at the drug Ivermectin. There's plenty of evidence it works well against Covid and is inexpensive. But the FDA demands hospitals use expensive Remdesivir, which causes the same problems as Covid, doubling your chances of getting really sick or dying. 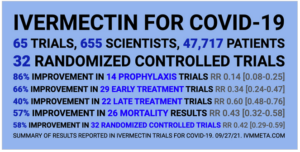 62% of Va((inated Patients Have Blood Clots
A Canadian doctor has found microscopic blood clots in 62% of his va((inated patients. So the Canadian Government issued a gag order against him. Of course!

Therapeutic Nihilism
I love this man--Dr. Peter McCollough rips the heart out of the medical industry in a presentation at the Association of American Physicians and Surgeons Medical Convention.

Why The FDA Committee Voted 16-2 Against Boosters 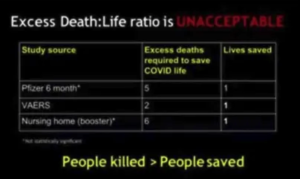 The FDA allowed a whistleblower to testify at the hearings. Youtube blocked the video testimony, but here is the transcript...wow!

Your Immune System After the Second Jab

It's amazing what you find in a simple blood analysis test.

Pharmacies that will fill a prescription for Ivermectin

Incorrect Data!
Yet another doc asks all the right questions. These whistleblowers just keep coming!

A report published Friday by the UK government agency Public Health England reveals individuals who received a COVID-19 va((ine are more than three times more likely to die from the Delta variant than unva((inated people.

CDC claims it has authority to use police

It's shocking to see what is happening in other countries, and don't think this can't happen in America....it's where we're headed.

Transportation Employees Fight Back Against Mandates

50,000+ employees are banding together to fight the va((ine mandates for airlines and other transportation companies. If you fly, watch this video.