One of the most overlooked characteristics of the future seven-year Tribulation period is that the Gospel of Jesus Christ will be preached to the entire world. People are given the stark choice to follow Jesus or Satan. All through the book of Revelation we see the Gospel being preached to the whole world. 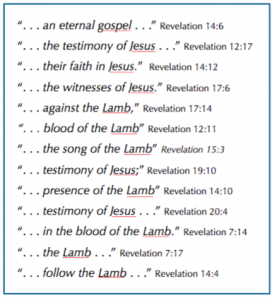 The Bible describes the Tribulation as an intense evangelistic period in and among the catastrophic judgments by God. And the astonishing purveyors of the Gospel will be none other than Jews! 144,000 Jews will be given instant Holy Spirit illumination--12,000 from each of the 12 Jewish tribes (Rev. 7:4). They are singers (Rev 14:3). But more interestingly these Jewish men are also unmarried virgins! (Rev. 14:4) So if we are living in the last days, let’s say between two seconds and 20 years prior to Rapture, who are these 144,000 Jewish male virgins, and where do they come from?

Today in Israel about 80% of the population consider themselves as “Secular” Jews. In talking to scores of secular Jewish people on our trips to Israel, I found that they usually observe Passover and Day of Atonement. But for the most part, they don’t go to synagogue on Shabbat (Saturday) and don’t know what to think about the miracles of the Old Testament. And prior to marriage, dating is similar to non-Believers in the U.S.A., with most having sex prior to marriage.

There are some who consider themselves as “Orthodox” Jews. They will wear the yamika (sometimes referred to as “kippah,” [the cap]) to keep something between them and God. They believe the Bible is the Word of God, go to synagogue on Shabbat, and of course, celebrate the seven Jewish feasts. But they dress normally, have no problem with using birth control, serve in the army, and work for a living. They also support the State of Israel. 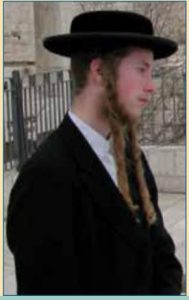 And there is a third group, a most curious oddity, referred to as the “Ultra-Orthodox” Jews, or Haredi (ÁŽ ̄Õ“¦È) in Hebrew (means “one who trembles in awe of God”). Oh my gosh, they are a sight to see. Numbering about 1.3 million (800,000 in Israel), the men all dress in black suits with white shirts and a hat. The type of hat worn depends on the particular order to which they belong. The largest group of them live in Jerusalem.

They vote as a block, sort of like a third party, and it’s almost impossible to get a ruling majority in Israel without including them . . . so they take advantage of this and demand a steep political price, getting pretty much what they want. So the Haredi have exemptions from serving in the military as long as they don’t work. And most receive a small stipend from the government.

For men in Israel, military service is mandatory. Active duty is from age 18 to 21 and then you are in the reserves until age 55. So for Haredi to keep their military exemptions, over half of them simply don’t work. Rather, they just study the Old Testament and the ancient Jewish commentaries in schools called “yeshivas.” Let me repeat that for emphasis, Haredi spend their entire lives studying religious texts full-time. Understandably, some 60% are considered under the poverty level.

Haredi are very, very conservative as they try to keep the Old Testament Law, word for word, all 613 Jewish Laws! These guys are amazing. For instance, on Shabbat, they can’t do any work whatsoever. They tear up their toilet paper the day before in a little pile next to the toilet so they don’t have to do work (tearing toilet paper) on Shabbat. Nor do they make or receive phone calls, drive a car, or do anything that could be considered work.

Most all the hotels in Israel have a specially designated elevator to use on Shabbat. It goes up and down all day automatically stopping at each floor. That way the Haredi can use the elevator without pushing buttons—which would be considered “work.” The wives cook all the food for Shabbat the day before. Also, believe it or not, many Haredi wives shave their heads so they won’t look attractive to their husbands (in public they wear a wig—go figure). Grace looks pretty good, huh?!

Haredi are having children at three times the rate of secular Jews. A family with 10 kids is not uncommon, and demographers now estimate about a third of last year’s Jewish babies were born into the ultra-Orthodox community. This is causing a lot of anger in the secular side because they are getting all the benefits of government, hospitals, schools, etc., but pay no taxes since they don’t work.

Young, marriage-age Haredi do not date. Rather, eligible guys and girls meet for coffee or coke at a public place. We often see couples in hotel restaurants or lobbies. They spend hours talking but would never do anything close to kissing, much less hopping in the sack together.

Which brings us back to the 144,000 male Jewish virgins. There are approximately 150,000 unmarried ultra-Orthodox Jews in the world between the ages of 18 and 35, the only group of Jewish men who can fulfill the prophecy. Imagine what they will be like when, post-Rapture, God suddenly opens their eyes to biblical truth and marks them for service. They already have a zeal for God’s Word, so when they understand the rest of the story of how their forefathers rejected Jesus their Messiah, they will become the most proficient and prolific evangelists the world has ever seen!

God uses these guys in such a powerful way that millions of people living in the Tribulation world will rather live for Christ and die on this earth rather than line up with the New World Leader’s agenda.

“After these things I looked, and behold, a great multitude, which no one could count, from every nation and all tribes and peoples and tongues . . .” Revelation 7:9

“These are the ones who come out of the great tribulation, and they have washed their robes and made them white in the blood of the Lamb.” Revelation 7:14