Article: The Rudiments of Rapture

FacebookTweetPin1Email
Then we who are alive and remain will be caught up together with them in the clouds to meet the Lord in the air, and so we shall always be with the Lord. 1Th. 4:17
The upcoming Rapture, literally the "catching away," is to me the most intriguing of all Biblical doctrine. Nothing could be more exciting than thinking about not dying physically, but rather changing from earth to heaven in the blink of an eye.

Everything seems normal, then instantaneously everything changes forever.

The Greek word for this term "caught up" is "harpazo" which means "to seize, catch up, snatch away by force."
This is the same Greek word used to describe how the Spirit "snatched" Philip away from the Ethiopian eunuch.
"When they came up out of the water, the Spirit of the Lord

snatched (Greek-"harpazo") Philip away; and the eunuch no longer saw him, but went on his way rejoicing. But Philip found himself at Azotus," Acts 8:39-40
Philip was miraculously transported by God, in the blink of an eye, from one place to another. (Imagine him telling that story to his family!)
The English word "Rapture" comes from a Latin word, "rapio," which means to seize or snatch in relation to being carried away in spirit or in body from one place to another.
Therefore the Rapture of the church is the forceful removal, or carrying away, of Believers from earth to heaven.

Most Believers living today sense the day of the Rapture is getting close. I think the current generations have an odds-on chance of being in this ultimately famous group if they live out a normal life span.

We easily see that what was written prophetically about the end of the Church Age is happening all around us! How close we are to our exodus we don't really know. But most solid Believers sense the end of this age could be close.

Just living in this time period is tough. We recoil when we see perversion flaunted. We cringe when we see sin exalted. And we know the Lord ranks lying up there in the same category as murder. Yet it's commonplace and mostly unchallenged in our nation today.
Woe to those who enact evil statutes and to those who constantly record unjust decisions" Is. 10:1

God Gave Us Prophecy For Comfort

We know the Bible warns of God's coming judgment on sin, but at the same time we're COMFORTED by what we know about Bible prophecy! After discussing the Rapture of Believers, Paul ends with this sentence:
Therefore comfort one another with these words 1 Th 4:18
God's promise of the Rapture is comforting because it's His promise and assurance we'll NOT be part of the earth's horrific seven year tribulation, God's horrific judgment on sinful mankind.
God's Purpose for Rapture 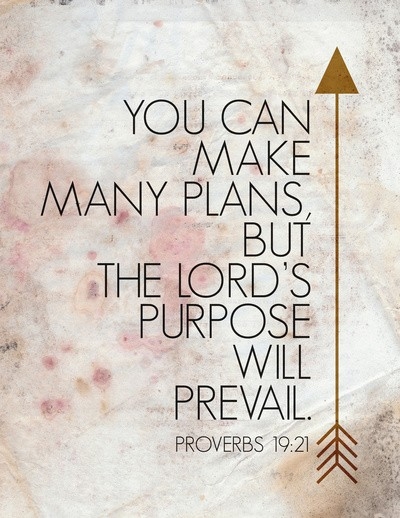 Therefore, the purpose of the Rapture is to close the dispensation of the Church Age and remove Believers before God's wrath comes on earth.
For God has not destined us for wrath, but for obtaining salvation through our Lord Jesus Christ,
1 Th 5:9
There is also a practical side necessitating the Rapture. Jesus explained that God's Holy Spirit could not come to earth to indwell Believers until He first departed earth.
"But I tell you the truth, it is to your advantage that I go away; for if I do not go away, the Helper will not come to you; but if I go, I will send Him to you." John 16:7
Jesus departed earth enabling the Holy Spirit to come to earth, permanently indwelling all Believers (Acts 2). Therefore now the reverse is necessary. God's Spirit must be removed in order for Jesus to return.

When God removes His Spirit, all who have His Spirit are swept away at the same time..."caught up."
The Bible says others have been "caught up" to heaven in the past. So we can get a glimpse of what will transpire at that moment.

The first to be raptured, or "taken up" to heaven before death, was Enoch, who lived prior to Abraham.
Enoch walked with God; and he was not, for God took him.

By faith Enoch was taken up so that he would not see death; AND HE WAS NOT FOUND BECAUSE GOD TOOK HIM UP; for he obtained the witness that before his being taken up he was pleasing to God. Heb 11:5
Paul Was Raptured
Paul was also Raptured, or "caught up" to heaven, when he was living on the earth.
"I know a man in Christ who fourteen years ago - whether in the body I do not know, or out of the body I do not know, God knows - such a man was caught up to the third heaven."
2 Cor 12:2
This "catching away" to heaven left a lasting impression on Paul. So profound was the experience that the Lord had to give him a "thorn in the flesh" to keep him humble back here on earth.
"Because of the surpassing greatness of the revelations, 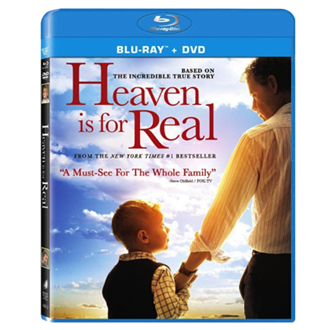 God also forbade Paul from talking about what he saw in heaven, a fact that makes me heavily discount ANYTHING someone says he saw when he died briefly, went to heaven and came back.
"was caught up into Paradise and heard inexpressible words, which a man is not permitted to speak." 2Cor. 12:4
Therefore, it seems highly unlikely that a six year old boy would be God's new spokesperson for heaven when Paul himself was told not permitted to talk about it. Just saying.
The "Great Lie" in the Tribulation

Undoubtedly, there will have to be an explanation as to what happened to all the missing people. The Bible calls it the "Lie."

"For this reason God will send upon them a deluding influence (Greek= "activity of error") so that they will believe what is false, (THE LIE)" 2 Th. 2:11

It's quite possible that The Great Lie will be the explanation of what happened to all of the Believers who suddenly disappeared. Millions will vanish without warning and without a trace of where they went.

Tim LaHaye surmises that all the clothes of the Raptured people will be left in a pile from where they were sitting/standing/lying. That seems logical since you won't need clothes in heaven.

But Ed Hindson says if that's what happens at the Rapture, then what about people who wear glasses? You would assume then glasses would be left behind. If so, then w 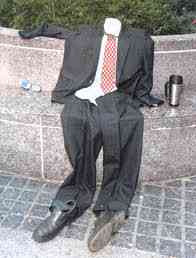 hat about braces, false teeth and fillings? Surely they would be left behind too.

Taking that train of though you get to transplanted organs that are not your own...would they be left behind? What about fake hips, knees and breasts? The list is endless. Shoot, some might have more left behind than left the earth! It's an interesting thought. 🙂

Regardless, the sudden disappearance of so many will cause massive disruptions. Cars wrecking and planes falling due to drivers who vanished are only the tip of the iceberg. Key business leaders, prison guards and born again pastors will be gone. And possibly even a politician might be missing.

Therefore the lie could be that people from another planet or universe removed those who were ruining the planet. Or they were taken to another planet for reprogramming. That would also explain the 50 year push to make UFOs plausible.
Or "the lie" could refer to the middle of the tribulation when Satan is cast to earth. It's at this time the devil indwells the body of the three-days-dead world leader, bringing him back to life and claiming to be the resurrected Messiah... thus becoming the False Messiah/Abomination of Desolation (Dan. 11:31 /Mat. 24:15).
Blessings From Studying The Rapture 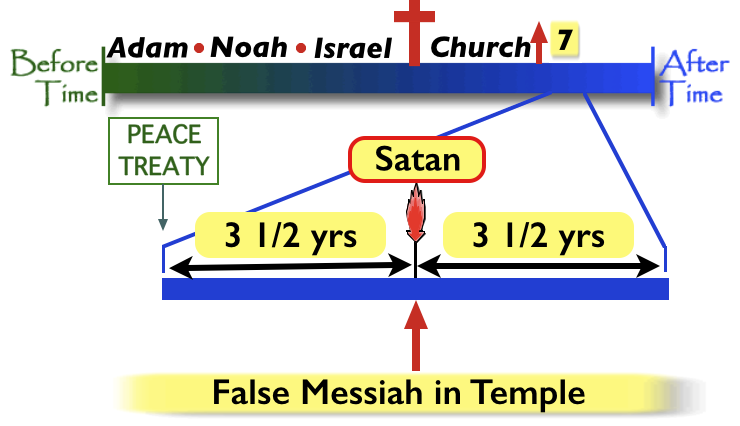 Lastly, the fact you're interested in reading this article, looking forward to meeting Jesus in the air at the Rapture, puts you in a special category of people: those LOOKING for that incredible day to arrive.
"in the future there is laid up for me the crown of righteousness, which the Lord, the righteous Judge, will award to me on that day; and not only to me, but also to all who have loved His appearing." 2Tim. 4:8
Not to mention, the Book of Revelation, which contains almost all prophecy, is the only book in the Bible promising a blessing for just reading it!
"Blessed is he who reads and those who hear the words of the prophecy..." Rev 1:3

So, you're blessed for looking forward to the Rapture. You're blessed to be excluded from receiving God's wrath in the Tribulation. And you're comforted too by the fact God is still in control! And throughout it all, when we die or are Raptured, we win! Gotta love that!

We should pray always that the Lord will give us more and more occasions to explain what we know.
"Conduct yourselves with wisdom toward outsiders, making the most of the opportunity." Col. 4:5
"...he who turns a sinner from the error of his way [allows the Lord to use them] will save his soul from death and will cover a multitude of sins." James 5:20

Think about it, we've been studying the Bible all our lives in order to be able to respond to all this--and now is the time to put to practical use what we've learned!

The bottom line is that we're most likely living in the last of the last days, a special generation of Believers who can be like Noah, testifying about Biblical truth right up to the end! 🙂

To sign up for our FREE Monthly Compass eNews with updates on future Bible conferences, Bible trips, specials on DVD Bible studies and an eye-opening look at a hot topicClick Here

For more info or to sign up for our provocative FREEGood Morning Lord! Daily Devotional Email Click Here