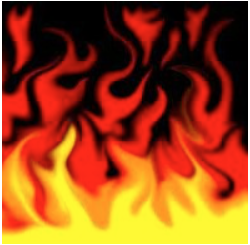 There was a time when no
one could go to heaven.

Believers can go to heaven because of what Jesus did on the cross. His sacrifice/shed blood makes it possible. But it wasn't always like that.

Prior to Jesus dying on the cross, Old Testament Believers could NOT go to heaven when they died. This was because their sins were not yet paid for by the Messiah. They had to wait, they had to first be cleansed, made perfect.

Once the Messiah died on the cross, Believers then COULD go to heaven when they died because they were no longer forbidden to enter heaven as they were "cleansed by the blood of the Lamb."

We derive this information from the verses about the Rich Man and Lazarus in Luke 16:19-31. This glimpse into what is called

the "Bottomless Pit" in Revelation 9:1-2 is not a parable but rather an actual event. And a bit eerie at that!

If you're not familiar with the story, take a moment to give it a quick read.

Before the cross, those who died who were saved by faith by trusting in a future Messiah went to "Paradise." Scripture says they were in "comfort." That's good because some of them had to be there for thousands of years waiting on the Messiah!

Those who were not saved by faith went to the other side of the "Bottomless Pit" -- "Hades" -- where they were in "agony," "torment," and "flame." Not good! At the end of the age they will all be judged and cast into hell with the devil and his angels. Hell will make Hades look like a weenie roast.

Today when Believers die they go straight to heaven as their sins have been permanently paid for by Jesus' shed blood some 2000 years ago--totally escaping the torturous flames of both Hades and Hell. 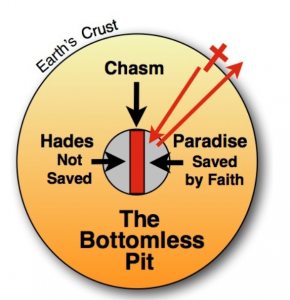 But there was another incredible time period--just after Jesus died on the cross and before He ascended to heaven. He had to redeem those in Paradise waiting to go to heaven!

Therefore He "descended" to the good side of the Bottomless Pit, into Paradise, and took all those Old Testament Believers with Him to heaven.

"Now this expression, 'He ascended,' what does it
mean except that He also had descended into the
lower parts of the earth..." Eph. 4:9

Wow, think about it, all the Old Testament Saints from Adam and Eve to Isaiah to Daniel... all of them, were in one huge room where every direction was up. Some had been waiting there for almost 4000 years!

And then Jesus finally arrives! That earth-shattering shout of exultation by so many excited Believers would have shaken the earth's foundations! Jesus had come to redeem that which was His.

And as if God wanted to prove He has a sense of humor, some of those traveling from Paradise in the center of the earth to heaven above the earth stopped off on the earth's surface!!

The tombs were opened, and many bodies of the saints who had fallen asleep [died] were raised; and coming out of the tombs after His resurrection they entered the holy city and appeared to many. Matt. 27:52-53

Amazingly, some of the OT Saints stopped on earth as they passed through the crust. Can you imagine that? Some could have been dead only a few days. Some could have died 3000 years earlier. Yet there they were, walking around the earth, talking to people. Imagine THAT conversation!

Jew #2: "Yeah, I did die, but had to wait for the shed blood of Jesus to cover my sins before I could go to heaven. And you won't believe who's going to heaven... and who isn't!"

Ok, I speculated a little bit with that last line. But it just boggles my mind that some Jews living at the time of Christ saw people who had died hundreds or thousands of years before and were waiting on the Messiah in Paradise!

And, as if this study couldn't get any stranger, the Bottomless Pit will also play a role in the future Tribulation period. Apparently all the demons locked up from the flood, the really really bad ones, will be released back into the earth. (Rev 9:2) 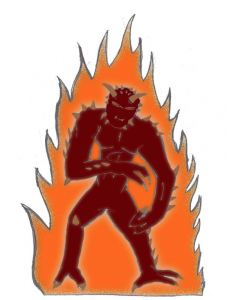 Two thoughts on those demons....

First, Hades would not be a good place to be, even though it was not yet the eternal hell in which they will eventually reside. In addition to dealing with the horrific hot flames without water, those poor people will also have to deal with those grotesque demons torturing them night and day.

Second, if you miss the Rapture, your worst nightmare begins and never ends. You might as well be in hell. It will be so painful that you'll think it would be better to be crushed by rocks and/or die!

"and they said to the mountains and to the rocks, 'Fall on us and hide us from the presence of Him who sits on the throne, and from the wrath of the Lamb'"; Rev. 6:16

"And in those days men will seek death and will not find it; they will long to die, and death flees from them." Rev 9:6

For those who willingly oppose God and reject His mercy, there is no hope. But His love is SO great that scripture tells us that He is not willing that any should perish. Yea!

"The Lord is not slow about His promise, as some count slowness, but is patient toward you, not wishing for any to perish but for all to come to repentance." 2 Pet 3:9

And, gratefully, He has no pleasure in the death of lost sinners.

"For I have no pleasure in the death of anyone who dies," declares the Lord GOD." Ezek 18:32

What a great privilege and comfort to be able to turn to Him now and know that we can look forward with excitement and not terror. Our future is better than anything we can imagine! 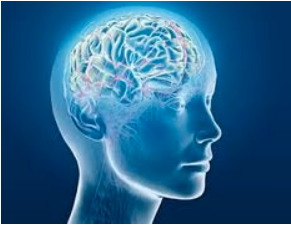 What a privilege to live on this earth knowing that truth!