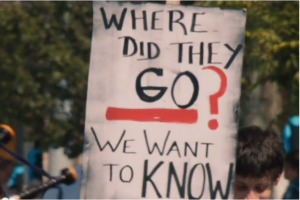 One of the more interesting Bible discussions in this life is about the timing of the Rapture. Hey, this world will go from normal to experiencing God's wrath in a split second. And there are many reasons to believer we're getting close to the end of this age.

I wrote an article in our Spring Communique' entitled "The Last of the Last Days" and presented 10 unmistakable signs were close, very close, to wrapping up this age.

So there are numerous clues hidden in scripture about the last days, especially pertaining to the Rapture. And based on these Biblical clues, I think that the Rapture will probably happen on the Jewish Feast day of Rosh Hashanah, regardless of the year. Here's why!

According to Leviticus 23, there are seven Jewish Feasts commanded by God to be observed each year.

3) Firstfruits    Starts the day after the Sabbath following Passover.        Bikkurim

Passover has been extensively analyzed by numerous 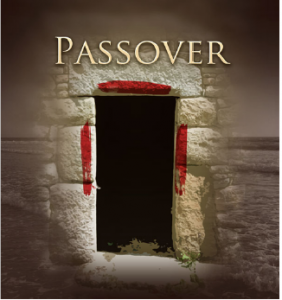 Biblical scholars. In a nutshell, Jesus is our Passover Lamb, the Lamb of God.

The Passover sacrifice had to be a male lamb without blemish to temporarily cover their sins. So it's quite fascinating that at the exact same time the Jews were slaying their Passover lambs on Mt. Moriah, just a few steps away Jesus was being sacrificed as permanent covering for our sins.

There's perfect symbolism in the other six feasts as well. 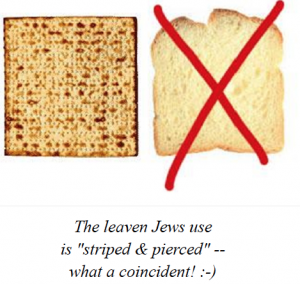 Leaven in the Bible is a symbol of sin. The Jews purged their houses of leaven, in conjunction with what the sacrificial lamb had done--covered sin temporarily.

Unleavened bread is a picture of what Jesus had done on the cross...permanently covering our sin.

The Feast of Firstfruits was to be celebrated on the Sunday after the Sabbath following Passover.

"But now Christ has been raised from the dead, 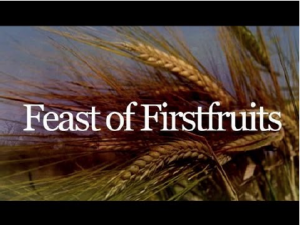 The Jews celebrated Firstfruits by offering a sheaf of grain to the Lord for His allowing the first harvest.

Jesus is called the "firstifruits" from the dead (sleep).

Fifty days after Firstfruits, the Jews celebrated the Feast of Weeks. Here the Jews offered two loaves of bread, as a second offering to the Lord, but this time they were baked with leaven, which again symbolizes sin.

The two loaves could represent either the Old 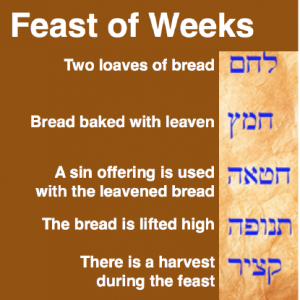 and New Testament, the wheat and the tares, or the Jews and Gentiles being included in the New Testament Church.

The leaven represents sin's existence in the church. That's an understatement!

While the Jews were celebrating the Feast of Weeks, the Holy Spirit came roaring to earth, filling the Apostles (Acts 2) at what Christians call "Pentecost." (See our article on whom the Spirit fell HERE)

Just a coincidence? The symbolism of Jesus and the church in the first four spring Jewish feasts is undeniable.The first four major events of the Church Age - Jesus' death, burial, and resurrection, and the coming of the Holy Spirit - all fell exactly on the days of the Jewish Feasts.

But there's a long summer break between the spring and fall Jewish feasts. 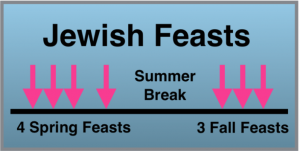 The summer break in the feasts may very well represent the Church Age break in God's plan for the Jews.

God divinely scheduled the first four major events of the Church Age to land exactly on the Jewish Feast days. Therefore it's probable that the next big Church Age event, the Rapture, will occur on the next Jewish Feast in the fall.... whichever year the Rapture takes place.

This is where it gets very interesting! 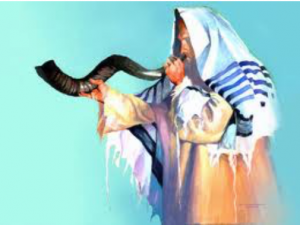 The next feast in the Biblical order order falls in September or October each year.

Called Rosh HaShanah, it's a day of gathering and celebration and the Jews are specifically charged to "blow trumpets." The blowing of a Ram's horn from the southwestern corner of the Temple Mount was the signal that it was time to gather in Jerusalem.

For this feast, the Jews would blow the shofar for 29 days. Then on the last day there was one more blowing--three distinct series of 30 blasts each. This was followed by ten final blasts leading up to "The Great Blowing." This was one last, long blast of the trumpet, proclaiming the beginning of the feast.

"Now in the seventh month, on the first day of the month, you shall also have a holy convocation; you shall do no laborious work. It will be to you a day for blowing trumpets" Num. 29:1

As all who have studied the Rapture know, it's a day of 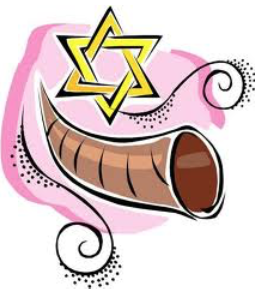 gathering in the air and certainly should be quite the celebration!

"Behold, I tell you a mystery; we will not all sleep, but we will all be changed, in a moment, in the twinkling of an eye, at the last trumpet; for the trumpet will sound, and the dead will be raised imperishable, and we will be changed." 1 Cor 15:51-52

"For the Lord Himself will descend from heaven with a shout, with the voice of the archangel and with the trumpet of God, and the dead in Christ will rise first. 1Thes. 4:16

Coincidence is not Kosher 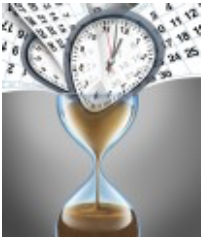 Rapture in the sky.

Now, for those purists who will argue that you can't know the day and the hour based on this verse:

"But of that day and hour no one knows, not even the angels of heaven, nor the Son, but the Father alone." Matthew 24:36

First, when Jesus made that statement, He was speaking pre-cross and had not yet received all knowledge as described in Revelation 5.

Like many other statements He made to the Jews under the Law, it was true when He made it before the cross, but not true today to you and me living in the Church Age. Today, Jesus can't make that statement!

Second, we still don't know the year, much less the day and hour as Israel is one day, eight to ten time zones ahead of us.

But for what it's worth, just for fun, if the Rapture just happens to be this year, Rosh Hashanah begins on the evening of October 2. Just saying...