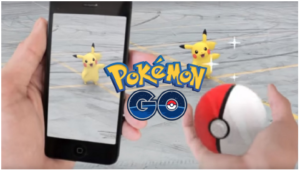 The Pokémon Go phenomenon is more proof the world is being readied for Satan's rule.

The world is going crazy playing a game called Pokémon Go. The public saturation is so large the app downloads will soon surpass Twitter. There are some 20 million DAILY users of the game and large companies like Kellogg's, Kraft Foods and Burger King are heavily promoting it. 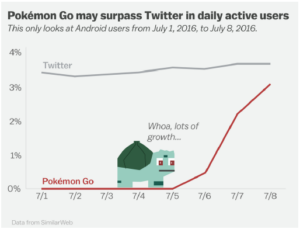 Few Believers realize what the game actually is and apparently see no problem letting their children play it hours on end. In a nutshell, Pokémon Go is an occult-rooted and demon-oriented game of witchcraft originally created in god-less Japan. Believers' children should have nothing to do with it!

If I were to suggest you should get out a Ouija Board and ask it a few questions, most grounded Believers would immediately point out the occult properties of Ouija that are obviously off-limits to Bible believing Christians.

And if you think using a Ouija Board is bad, Pokémon is 1000 times worse! It's like a three dimensional Ouija Board that is not played in one spot, but outside, all over the world as players chase and empower virtual demons. Yes, you read that correctly.

Let's start with the word "Pokémon." It's a Japanese word that means "pocket monster." And this comes from the same company (Wizards of the Coast) that originally developed the highly occultic and anti-Christian "Dungeons and Dragons" and "Magic the Gathering" games. Nintendo negotiated a  license to distribute the game and its stock has since soared.

The game is played by downloading an app to your smart phone which is used to find and capture Pokeballs. The Pokeballs are found all over town--appearing as images on the players' phones in parks, schools, hospitals, businesses, freeways, landmarks, etc. They're then used to throw at and capture virtual pocket monsters appearing all around in the mapped streetscape. 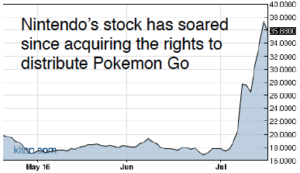 Called "immersive play" or "augmented reality," players use their smart phone's GPS and camera functions to blur reality with fantasy that, in essence, gives spirit and soul to digital objects. Pokémon gives power to whomever catches them.

When you capture your pocket monsters, you train them to have more and more "power" to use against other people's Pokémon. The characters even mimic evolution as the Pokémon "evolve" from 1 to 100 as the game progresses. There are some 150 named Pokémon and they have special powers as they share the world with humans. For instance the Pokémon named "Haunter" can hypnotize, eat your dreams and drain your energy. "Abra" reads minds and "Kadabra" spews negative energy. Do note the names they use!

So the bottom line is that playing Pokémon Go is dealing with the devil's demonic world. "Pocket monster" is just a ruse for "pocket demon." The world has gone crazy searching out virtual demons! Most have no clue. Christian kids are being unsuspectingly sucked into the world of the occult by the millions.

"No wonder, for even Satan disguises himself as an angel of light. Therefore it is not surprising if his servants also disguise themselves as servants of righteousness, whose end will be according to their deeds." 2Cor. 11:14

Few realize, especially children, that this is a gateway to the occult and is strictly forbidden in the Bible. We certainly don't want our children dealing with demons! But most see no harm in letting their kids play the game.

'As for the person who turns to mediums and to spiritists, to play the harlot after them, I will also set My face against that person and will cut him off from among his people. Lev. 20:6

Believe it or not, hundreds of churches, both liberal and conservative, are EMBRACING Pokémon Go by making their church a PokeStop or gym for the game. 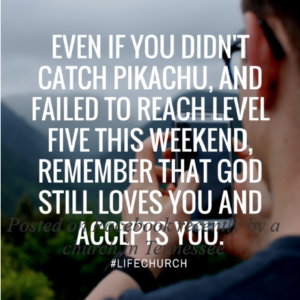 These churches actually think that by advertising "come catch 'em all" they can reach more unchurched people. Unbelievable! They might as well advertise, "Come let your demons play with our demons." 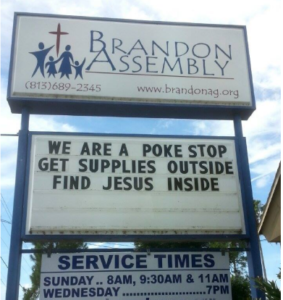 The Bible is quite clear, even tying deceiving spirits into the latter days:

"But the Spirit explicitly says that in later times some will fall away from the faith, paying attention to deceitful spirits and doctrines of demons," 1Tim. 4:1

In the Old Testament the Lord was quite clear about steering clear of witchcraft as the penalty for practicing sorcery was death!

In multiple passages, we are warned. Yet somehow we missed the obvious. This game is quite evil! Two months into playing Pokémon an eight-year-old boy asked his mother "what is 'channeling?'" He explained that there were channelers, bad spirits and ghosts in his Pokemon game, calling out dead Pokémons' spirits.

"There shall not be found among you anyone who makes his son or his daughter pass through the fire, one who uses divination, one who practices witchcraft, or one who interprets omens, or a sorcerer, or one who casts a spell, or a medium, or a spiritist, or one who calls up the dead. For whoever does these things is detestable to the LORD; and because of these detestable things the LORD your God will drive them out before you. Deut. 18:10-12

Paul the Apostle pointedly warned us about the invisible war going on around us in verses we all can quote from memory but never really seem to find a reason to apply: 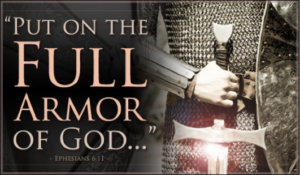 We need to heed Paul's warning.

If you have kids or grand-kids involved with this game, it's time to get out the Bible and teach the inerrant Truth in God's Word about the incredible dangers of the occult. Otherwise you risk losing them to the dark side.