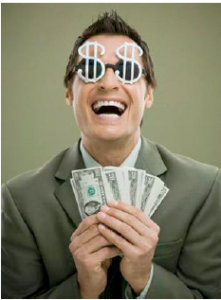 There is the old joke about a very, very rich man having a conversation with a girl he was dating. He puts his money on the table and says, "I'll give you 10 million dollars if you will sleep with me tonight."

The sum of money was staggering for the girl to comprehend. She knew sleeping with him was wrong and definitely sinful. But, good grief she thought, is it really THAT bad, considering the 10 million dollars in return?

She thought through the fact she or her parents would never have to work again, she could buy the houses, cars and clothes she always wanted, 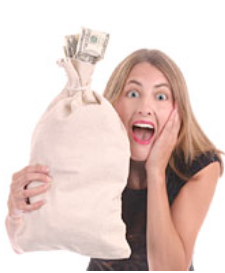 and even considered the fact she could give millions to her church.

So she agreed to the rich man's proposition to have sex with him for 10 million dollars. The rich man responded to her acceptance of the offer and said, "Will you sleep with me tonight for $50?"

Incensed, the girl exclaimed, "I would never! What do you think I am, a prostitute?!" To which the rich man responded, "We've already established what you are, we're just negotiating the price."

Before you dismiss that as something you would never do, I think we (I'm guilty too) make decisions similar to the above and often justify them based on the economic impact to our life.

Here are just three examples of why I think Believers' decisions often don't differ too much from non-Christians' decisions when it comes to money:

#1) Rather than saving up to buy an automobile, television, boat, washing machine, church building, etc., most Christians instead finance their purchases so they can have them now, paying trillions in interest each year.

#2) Christian men think nothing of trading in their wives for cash each month. Given as a special gift from God and designed as a help-mate, anchor of the home, etc., most Christian men, women and pastors see nothing wrong with women working full-time outside the home.... for mere money.

#3) Birth control is used by almost all Christians. Rather than covet and trust God's blessings of children, Christians take matters into their own hands by trying to control when, where and how often God blesses them, usually giving a monetary reason for the lack of faith.

My argument is that if women got married, stayed home, had as many kids as God would bless them with while the dad worked and purchased items as they could save for and pay cash, eternally, ETERNALLY, this couple will be blessed beyond their wildest dreams.

Yes, a couple might always be tired, worn out and broke in this life having six or more kids. So what? Where should their emphasis be?

God once spoke to Israel through Ezekiel and said: 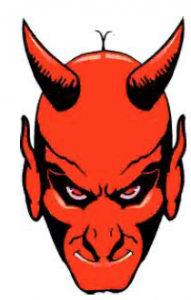 "Trust in the LORD with all your heart, And do not lean on your own understanding." Prov. 3:5

It seems that Satan, the god of this world, has taken the prosperity and success of America after World War ll and cunningly used it against us. There is nothing sinful about success, as all success ultimately comes from God. But if in the process you lose your spiritual moorings to Biblical stability, you can quickly loose your life-purpose bearings. And the penalty can be great.

Consider the ramifications of just one of the above three facts: Christians using birth control.

However, if Christians were focusing on eternal 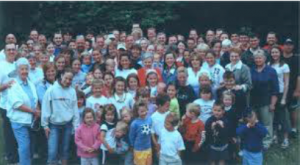 blessings and not temporal blessings, and averaged six children per family, instead of two, by the fourth generation they would have about 1500 descendants!

Keep in mind that this is the impact of only one family and that children are a BLESSING from God. (We wrote extensively on this in the May issue-link to that article is on the right bottom- "Past Issues.'

Therefore, should our priority be to have more money, time and things in this life, or should God and eternity be our life's focus? Less now and more later, or more now and less later? Satan's emphasis or God's emphasis?

As Believers who should be trusting the shed blood of Jesus Christ on Calvary to completely erase our past, present and future sins, our priorities should be the same as God's priorities. Therefore every decision we make should be rooted in how it affects the long-term, not the short-term.

When you consciously or unconsciously move your emphasis from eternity/future to today/this life, without a Biblical thought process guiding those decisions, you're on a slippery slope to downtown Pagenville.

My favorite verse in the Bible is-

"forgetting what lies behind and reaching forward to what lies ahead..." Phil 3:13

This means that regardless of where I am, regardless of what I've done wrong or didn't know was wrong, I can move boldly forward from any point in time, knowing God counts zero against me.

That verse also means that it's never too late to defend what I believe to my family, friends and my next door neighbor.