Article: Israel- A Burdening Stone For the World

As the United States and the world move further and further away from a Biblical worldview, the attitude toward Israel becomes more and more hostile. Ignoring the fact that Israel (Ezek 5:5) is God's chosen land (Ps 24:1; Deut 32:8,9), for His chosen people (Deut. 7:6), will eventually be the harbinger of the final wars of this earth during the coming 7 Year Tribulation.

Zech. 12:3 "And it will come about in that day that I will make Jerusalem a heavy stone for all the peoples; all who lift it will be severely injured. And all the nations of the earth will be gathered against it.

Currently the United States is still standing by Israel. At least publicly. In actuality, the U.S. relationship with Israel is hanging by a thread. And as the above verse states, eventually ALL nations, including the U.S., will be against Israel. When the Rapture happens, there will be none left to support Israel. We can only pray that the U.S. won't abandon Israel until after the Rapture!

It's an incredible fact that Jews have won 20% of the Nobel prizes (163 out of 829) since it began awarding them in 1901! It's also amazing to see what Israel has accomplished since it was re-founded in 1948, when it was given a U.N. Charter. Especially since it has only 1/1000th of the world's population. 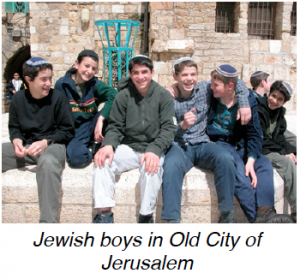 All of this, and much more, was done while having to build a nation from scratch, fight constantly with her neighbors who are committed to her destruction, and deal with anti-semitism on a global scale.

One of our best selling DVDs of all time is by Dave Reagan and is entitled "The Miracle of Israel." It covers how, time and time again, God miraculously protected Israel as she fulfilled the Ezekiel 37 prophecy of the "dry bones" returning to her homeland after being exiled for some 2000 years. We want everyone to see this DVD, it's an eye-opener.

Click the link below to order "The Miracle of Israel" https://www.compass.org/_product_5706/The_Miracle_of_Israel_- _Dave_Reagan

If you would like to print this article click here: Israel- A Burdening Stone For the World