Article: Is Repentance Necessary For Salvation?

The Greek word for "repent" can be used as a noun or a verb so it is imperative to look at the context of the verse to determine how it is being used.

The Greek word for "repent" is metanoia (noun) or metanoeo (verb). It means "to change your mind" and the context must determine what is involved in that change of mind. Does it mean repent for salvation (addressing non-Believers) or repent from error or sin (addressing Believers)?

When the word repent was used in the Gospels, speaking to the Jews under the law (i.e. Mark 2:17; Acts 3:19) who had rejected Jesus as the Messiah, the word used was the verb "metanoe" ... they needed to think differently/reconsider what they thought about who Jesus was. The same is true in 1 Thess 1:9 when they had to change their previous conception about God and turn from idolatry.

But in, for instance, 2 Cor 7:10, a different Greek word was used, the verb "metanoia" -- and used interchangeably with "believe." They "changed their mind" about trusting self, good works or tradition and instead trusted the "finished" work of Jesus on the cross.

Nowhere in the Bible are "believe" and "repent" used together to teach two different requirements for salvation.

Therefore, when salvation from the sinful state is in view, "repent" (a change of mind) and "believe" (a change of what you're trusting) are in essence used as synonyms.

In Acts 20:21 the two words, repentance and faith, are joined by one article in the Greek text which means that the two are inseparable, although each focuses on a different part of the single requirement of needing a saving faith in the Gospel. 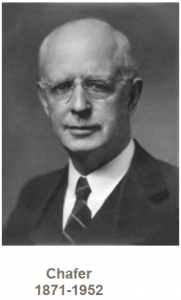 Roy B. Zuck writes:
"Repentance is included in 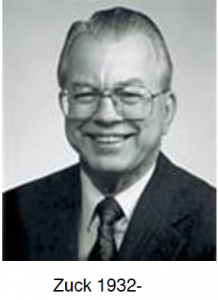 believing. Faith and repentance are
like two sides of a coin. Genuine faith includes repentance, and genuine repentance includes faith. The Greek word for repentance (metanoia) means to change one's mind. But to change one's mind about what? About sin, about one's adequacy to save himself, about Christ as the only way of salvation, the only One who can make a person righteous." ("Kindred Spirit," a quarterly publication of Dallas Seminary, Summer 1989, p. 5).

Even Luke substituted repentance in place of belief: 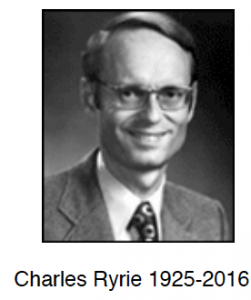 "and He said to them, 'Thus it is written, that the Christ should suffer and rise again from the dead the third day; and that repentance for forgiveness of sins should be proclaimed in His name to all the nations, beginning from Jerusalem.'" Luke 24:46-47

Dr. Charles Ryrie says of this verse, "Clearly, repentance for the forgiveness of sins  is connected to the death and resurrection of Christ." (Charles C. Ryrie, So Great Salvation, Victor Books, p. 98).

Dr. John Ankerberg stated at a Steeling the 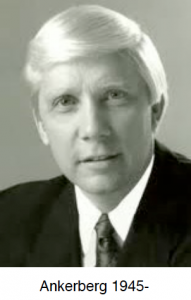 Mind Bible Conference, Vail, CO, 1997, "It's not 'faith' that saves you, but rather, the 'object of your faith.' You can have faith that your good works will save you, but they won't. The only thing that can save you is your faith and belief in the Gospel of Jesus Christ."

The object of your faith must be the Gospel of Jesus Christ alone.

Ryrie also points out that in some 50 uses of "faith" or "believe," the Gospel of John never uses the word repent, and bringing men to faith is the written purpose of the Book of John. Did John miss something? Did he give only half the gospel? If Nicodemus needed to repent, "believe" is used interchangeably in place of "repent."

Neither did Jesus tell the woman at the well in Samaria to repent. When she recounted her story, the other Samaritans didn't "repent," rather they "believed."

"Belief in Christ, as an expression of a change of mind, focuses on the new direction that change about God must take, namely, trusting in Christ, God's Son, as personal Savior. Jews needed to change their minds about Jesus and realize that He is their true Messiah" (Ryrie, p. 98).

And finally there is, of course, repentance needed in our Christian walk in relation to specific sins we may/will commit (2 Cor. 7:9; Rev. 2:5, Rom 7).

Christians do sin and when we are convicted about that sin, we need to repent, or change directions, away from the sin toward God's way. But this repentance has nothing to do with salvation. It's simply a Believer maturing in his/her faith.

Also it is worth noting that both Nicodemus (John 3:2) and Joseph of Arimathea (John 19:38) were secret Believers. On the outside they appeared like all the other non believing Jews. But on the inside they had saving faith in Jesus.

In conclusion, when a non-Believer puts their faith and trust in the Gospel of Jesus Christ, they have changed directions/repented of their faith in something that would not save them, or, lack of faith in the only thing that can save them.