Article: From Gideon to Netanynhu

Deut. 14:2 "For you are a holy people to the LORD your God, and the LORD has chosen you to be a people for His own possession out of all the peoples who are on the face of the earth."

After Israel's Exodus from Egypt and subsequent wandering for 40 years in the wilderness, Joshua led Israel back into the Promised land. God gave Joshua victory after victory, wiping out the pagans in the land of Israel.

Eventually Israel understood her sin, repented, and God again allowed Israel to began rooting out her enemies. But one formidable enemy was the Midianites who were "as numerous as locusts" and had an army of 120,000 warriors.

So God raised up a Judge named Gideon

and promised Israel would take the Midianites in battle. Gideon had only 32,000 men to fight the 120,000 Midianites, yet God wanted Israel to see His might, rather than believe that it was their human strength that would win the battle.

Judg. 7:2 The LORD said to Gideon, "The people who are with you are too many for Me to give Midian into their hands, for Israel would become boastful, saying, 'My own power has delivered me.'"

God's desire was for Israel to trust Him, not the 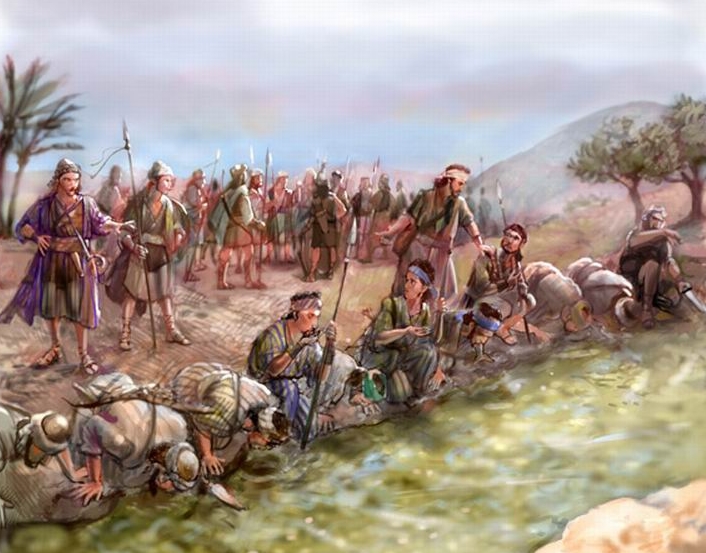 ir swords. So He began reducing the ranks of the Israeli fighters--first from 32,000 to 10,000 and then eventually down to only 300 men via the infamous elimination by how the men drank from the brook.

God was making a point. If Gideon's army of 300 could defeat the 120,000 Midianites, no doubt about it, Israel and the world would have to believe it to be a "God-thing."

The rest is history as Israel defeated the Midianites and God showed His might and divine protection by having the Midianites get confused and kill each other. The final result was that Israel was blessed with 40 years of peace (Judges 8:28).

Today we see a similar scene developing in Israel. Israel is once again returning to the Promised Land and is surrounded by large numbers of enemies. God again wants Israel to trust His protective hand, not their military might. That's hard to do because Israel is quite surrounded by her enemies!

In the map above, notice that God has allowed hundreds of millions of Muslims, who are descendants of Baal worshipers, to grow up

around the land of Israel. Baal was the Moon God, and even today the symbol of Islam is a crescent moon.

And God again is preparing to show His might. He wants Israel to fully trust His Word, not their strength. And He wants the world to see His people return to strength and blessing.

Ezek. 39:7 "My holy name I will make known in the midst of My people Israel; and I will not let My holy name be profaned anymore. And the nations will know that I am the LORD, the Holy One in Israel.

How will the Lord do this? The Bible says you can look to the past to see what's coming in the future.

And just like God had the Midianites killing each other, God will again employ that method in the future with Israel's enemies who attack her.

Ezek. 38:21 "I will call for a sword against him on all My mountains," declares the Lord GOD. "Every man's sword will be against his brother.

In the not-too-distant future, this age will end and God will again bring Israel to the forefront where she will be elevated back to prominence. God also will be revealed to all the peoples on earth. And a new dispensation will begin with Israel in her rightful place as God's chosen nation.

Ezek. 39:25  Therefore thus says the Lord GOD, "Now I will restore the fortunes of Jacob and have mercy on the whole house of Israel; and I will be jealous for My holy name.

Ezek. 39:27 "When I bring them back from the peoples and gather them from the lands of their enemies, then I shall be sanctified through them in the sight of the many nations.

Knowing that Israel is God's chosen nation, it's unnerving to see our nation's leadership trying to undermine and weaken her ability to

For 67 years the U.S. has been blessed as we defended Israel. Now we watch as our leadership does just the opposite, having obvious disdain for Israel and her Prime Minister, Benjamin Netanyahu.

'May they prosper who love you.'"

Our esteemed President will be quite shocked when he learns that a Jewish King will rule the earth from Mount Moriah in Jerusalem. My prayer is that he learns this truth before he dies, or he will suffer in unquenchable flames for eternity.

If our nation continues in this ungodly, anti-Israel direction, heaven help us! Is it too late to reverse the tide? Or is our nation doomed to continue to slide into the mire of unrighteousness? Thankfully it's never too late.

We can do all things through Christ.

We know that God was quite patient with Nineveh and when they repented/changed directions, God gave them another 150 years of peace. We pray for that kind of revival.

But if God doesn't grant us revival, we pray that Believer's will be sensitive to the Holy Spirit's leading and witness boldly about the Good News of Jesus' death, burial and resurrection.

This current age/dispensation will end suddenly and catch all the non-believers off-guard. Therefore it's likely that the economy will continue to putter along, up and down, right up until our abrupt departure. It's unlikely

that we'll have to flee to the woods to live and eat tree roots to survive.

Luke 17:29 but on the day that Lot went out from Sodom it rained fire and brimstone from heaven and destroyed them all.

We may experience a currency reset, or some social disorders here and there, or have wars here and there. But for the world as a whole, life will grind on until God shuts the door with the Rapture, just as He shut the door on the ark.

And any Believer with two brain cells should be able see all of God's plan coming together.

1Th. 5:4 But you, brethren, are not in darkness, that the day would overtake you like a thief;

"How then shall we live?"

as Francis Schaeffer once asked. The Bible says we should live looking up at our secure destiny, not mired in the temporal things of this world.

Our goal for the time left, whatever we have, is to let the Lord use us mightily in our sphere of influence.

Heb 12:1-2 "...let us also lay aside every encumbrance and the sin which so easily entangles us, and let us run with endurance the race that is set before us, fixing our eyes on Jesus,"
It seems every day it's getting more and more interesting in this world, so now more than ever we need to put on the big-boy pants and use our time wisely. Here's a short list of suggestions to help keep the main thing, the main thing....
> We should seek to live a fruitful Bible-centered life, while keeping our eyes on our eternal destiny.

> We should seek to mature in our knowledge and understanding of the Bible.
Heb. 5:14 But solid food is for the mature, who because of practice have their senses trained to discern good and evil.

> We should pray daily for provision and protection of our families, friends and Israel;

James 5:16 The effective prayer of a righteous man can
accomplish much.

> We should pray for God to give us Godly leadership in our country, churches and workplaces;
Prov. 21:1 The king's heart is like channels of water in the hand of the LORD; He turns it wherever He wishes.
> We should pray for opportunities to share the Gospel of 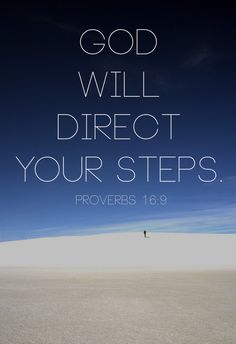 Jesus Christ;
Col. 4:3 praying at the same time for us as well, that God will open up to us a door for the word, so that we may speak forth the mystery of Christ,

> We should look forward to the return of Jesus in the flesh to rule this world from Jerusalem.

Titus 2:13 looking for the blessed hope and the appearing of the glory of our great God and Savior, Christ Jesus,

> We should praise the Lord daily for all He has allowed in our lives, good and bad.

Psa. 109:30 With my mouth I will give thanks abundantly to the LORD; And in the midst of many I will praise Him.

> We should live humbly, praying for wisdom, knowing that except by the grace of God, we too would be void of Biblical knowledge and understanding.

Eph. 4:1-2  Therefore I, the prisoner of the Lord, implore you to walk in a manner worthy of the calling with which you have been called, with all humility and gentleness, with patience, showing tolerance for one another in love,
> And it's never been as important to act and be smart!

Col. 4:5 Conduct yourselves with wisdom toward outsiders, making the most of the opportunity.

Matt. 10:16 "Behold, I send you out as sheep in the midst of wolves; so be shrewd as serpents and innocent as doves.

P.S.- We have an excellent presentation titled "Christians and Civil Disobedience."  It was an eye-opener, to say the least! Click Here for more information.