Article: Earth--Just Before The Rapture

"As was in the days of Noah"

One of the more remarkable scriptures in the Bible is the statement in both Matthew and Luke that the coming of the Lord will be just like in the "days of Noah" before God flooded the earth.

In a parallel verse in Luke, it says there will also be buying / selling and planting / harvesting.
(Luke 17:28)

Since there will be food, clothing, social engagements and an economy right up to Jesus' coming, the Bible tells us it will be business as usual on the earth right up to the end of this age.

Therefore, that amazing event--the Rapture--the departure of the Holy Spirit from the earth--will catch the world by stunning surprise, just as the flood surprised those 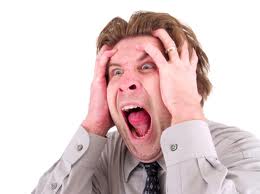 alive in the days of Noah.

Therefore "days of Noah" verses, unmistakably, have to be referring to Jesus' coming at the Rapture. Which also tells us times will be basically normal just before the Rapture.

So the model Jesus gave us is this:

1) God reveals His plan to His Chosen.
2) God shuts the door.
3) The ark floats up and above the flood.
4) The ark returns to the earth.
5) A new dispensation begins.

Therefore we can conclude...

1) God reveals His plan to His Church.
2) God shuts the door with Rapture.
3) The Church is taken up above the tribulation.
4) The Church returns to the earth.
5) A new dispensation begins.

(We would be remiss in our duties if we didn't also point out that Noah was pre-flood, not mid-flood or post-flood!!!!)

What can we learn?
Before the flood, people watched Noah build the ark for over 100 years. He had to be the laughing stock of the world. Noah's detractors believed he was squandering his wealth and wasting his time building a huge boat to survive a flood. And don't forget, up until the flood it had never rained a single drop of water on the earth!

"But a mist used to rise from the earth and water
the whole surface of the ground." Gen. 2:6

No doubt this is a big reason Noah is in the Bible's faith "Hall of Fame" in Hebrews 11!

"By faith Noah, being warned by God about things
not yet seen, in reverence prepared an ark for the
salvation of his household..." Heb. 11:7

Noah trusted by faith that God's promises were forever. He didn't understand it all, but by faith did what God asked him to do.

Noah continued faithfully preaching God's plan for over 100 years. The world saw Noah finish construction of the ark and some probably saw the animals being loaded inside. They watched but did not listen to Noah's warnings, blatantly mocking the idea that in the future things would drastically change.

We are warned in the latter days the world would also mock the flood and creation.

"Know this first of all, that in the last days mockers
will come with their mocking, following after their
own lusts, and saying, "Where is the promise of
His coming? For ever since the fathers fell asleep,
all continues just as it was from the beginning of
creation. For when they maintain this, it escapes
their notice that by the Word of God the heavens
existed long ago and the earth was formed out of
water and by water, through which the world at
that time was destroyed, being flooded with
water."  2Pet. 3:3-6

Today, we see attacks on the Bible like no other time in history. The national media disdainfully "mocks" any presidential candidate who professes to believe in the theory of creation over the theory of evolution. They also mock the Biblical account of Noah's world-wide flood.

Jesus therefore said to them again, "Truly, truly, I say to you, I am the door of the sheep. John 10:7

When God shut the door on the ark, it was too late for the non-Believers on the earth to miss the flood.

When God shuts the door at the Rapture, it's going to be too late for non-Believers to miss the Tribulation.

Noah floated up over the flood, protected by God, returned back to earth and a new dispensation began. 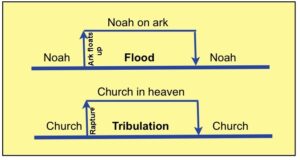 The Church will go up (Rapture) and over the tribulation, attend the Marriage Supper of the Lamb, and then return to earth as a new dispensation begins.

But there is one more characteristic of the Days of Noah that few people talk about--the Nephilim. The Nephilim were half angel and half human. 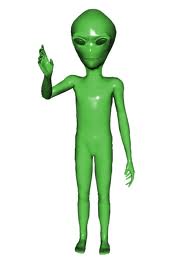 The world was so wicked in the days of Noah that fallen angels came to earth and mated with humans, creating a super-race. Only Noah and his family were spared as God dealt with these strange creatures.

"The Nephilim were on the earth in those days,
and also afterward, when the sons of God came
in to the daughters of men, and they bore children
to them. Those were the mighty men who were of
old, men of renown." Gen. 6:4

Angels are quite interesting creatures. The Bible tells us that even today, some of the people walking the earth are actually angels in disguise.

"Do not neglect to show hospitality to strangers,
for by this some have entertained angels without
knowing it." Heb. 13:2

When Satan fell, one-third of the angels broke away and followed him. Of that fallen group came those angels who came to the earth to mate with humans.

These were the worst of the worst angels. At the time of the flood, God imprisoned them in the center of the earth, or the "bottomless pit."

When Jesus talked to the demonic man on the Sea of Galilee, the demons in him pleaded not to be sent to the bottomless pit (abyss) before their time.

"And Jesus asked him, 'What is your name?' And
he said, 'Legion'; for many demons had entered
him. And they were entreating Him not to
command them to depart into the abyss" Luke 8:30-31

Unimaginably, in the Tribulation, these monsters will be released to torment those here on the earth.

The Bible warns us that we're not up against people in this life, but rather our fight is against the spiritual world of darkness.

As we get close to Rapture and the Tribulation, the world is moving further from Biblical principles. Something that makes one shutter is that the Nephilim were in the days of Noah! Therefore they are part of the equation prior to the Rapture. The verse even allows for that scenario.

"The Nephilim were on the earth in those days, and also afterward..." 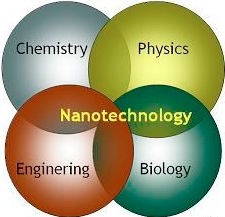 But nevertheless, it's what the Bible states clearly.

So always venturing to the edge of the envelope, at our Steeling the Mind Bible Conference we had Tom Horn make a spine-tingling presentation entitled "Artificial Intelligence and the Return of the Nephilim." (Click Here to Order)

Boy was that one interesting! He explains how scientists are today working with artificial intelligence and nanotechnology to construct a third strand of DNA that will purportedly make our bodies disease free.

"Artificial intelligence"? Who will control the direction of these experiments? Our minds, memories, physiology and even offspring could be affected! More importantly, is this a step toward a race similar to the Nephilim? 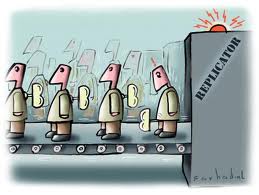 I would hate to be on this earth when control of all this ends up in one man's hands!