"...the mystery which has been hidden from the past ages and generations." Col. 1:26

"the mystery which for ages has been hidden" Eph 3:9

The word mystery in the Greek is "mysterion," and it means "truth undiscoverable except by divine revelation." We have the divine Holy Spirit living in us so we  should be able to understand deep truths.

The Bible mentions several mysteries in the New Testament Epistles, such as: 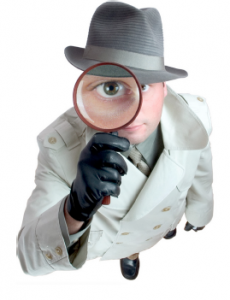 "...the mystery which has been hidden from the past ages and generations." Col. 1:26

"the mystery which for ages has been hidden" Eph 3:9

To best understand the Church Age "mystery," we need to start with God's foundational purpose for sacrifices. Mankind is born sinful and separated from God because the penalty for sin is death.

Therefore, in the Old Testament God provided a way to temporarily cover man's sin via an animal blood sacrifice so that He could fellowship with man. Blood is the key. Our life depends on our blood. 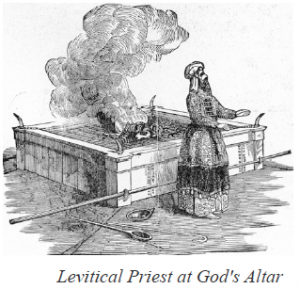 "For the life of the flesh is in the blood, and I have given it to you on the altar to make atonement for your souls; for it is the blood by reason of the life that makes atonement." Lev. 17:11

"And according to the Law, one may almost say, all things are cleansed with blood, and without shedding of blood there is no forgiveness." Heb. 9:22

Blood is an amazing thing. We can't live without it. 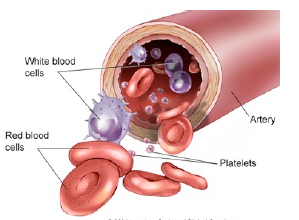 Each human has about five gallons of constantly circulating blood. It's composed of red blood cells for carrying oxygen to the tissues, white blood cells for fighting infections and platelets that cause the blood to clot.

God even commanded Noah to not eat blood.

"Every moving thing that is alive shall be food for you; I give all to you, as I gave the green plant. Only you shall not eat flesh with its
life, that is, its blood." Gen. 9:3-4 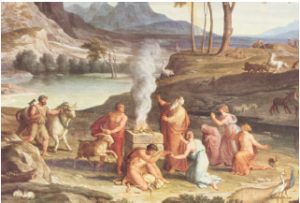 So the first thing Noah did when his family walked off the ark after the flood was to make a blood sacrifice to cover their sins (Gen.8:20). This
necessity of shedding blood to atone for man's sin (Lev. 17:11) was later incorporated in the Levitical law (Lev. 16).

So for over 1500 years God's Law demanded, and the Israelites furnished, blood sacrifices.Then, as prophesied, the Lord God came in the flesh and shed His blood on the cross as a permanent sacrifice (Eph. 1:7), ending the necessity of sacrifices for sin. 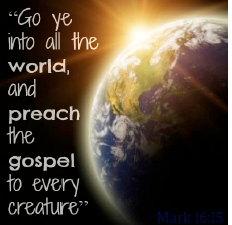 Saul (Paul) of Tarsus was chosen to explain this "Good News" to the world... that a great "mystery" had been revealed... that Jehovah God no longer demanded blood sacrifices because all sin had been "paid in full" by Jesus on the cross (Col. 2:13-14) and now God the Spirit was able to come to earth to permanently indwell Born-again Believers (2Cor. 1:22). 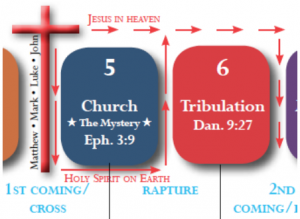 This was a complete surprise to the Jews living at the time of Christ. They were correctly reading all the verses in the Bible about the Lord sending a Messiah to conquer their enemies and rule the earth from a throne in Jerusalem.

But they totally missed the fact He first had to come, shed His blood, die and be resurrected as payment for their sins. They obviously skipped over Isaiah 53. 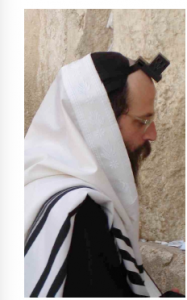 And because Believers' sins were paid on the cross making them sanctified, God could now send His Holy Spirit to indwell Believers even while they still lived in their sinful earthly containers. That was quite a shocker for the Jews.

Even today, if you want to mix it up with a Rabbinical Jew at the Wailing Wall, tell one you have God living in your heart. It makes them fighting mad because they fully understand man's sinfulness.

They know they need a Messiah. They just don't think He's come yet. One of the jokes among the guides in Israel is that when the Messiah comes, the first question they'll ask is whether or not He's been here before.

The problem of course is that God has blinded the eyes and hardened the hearts of the Jewish race from receiving understanding about the mystery.

Rom. 11:25 "For I do not want you, brethren, to be uninformed of this mystery, lest you be wise in your own estimation, that a partial hardening has happened to Israel until the fullness of the Gentiles has come in;"

When God says He's blinded the Jewish race, it was an understatement. We have non-Christian Jewish guides in Israel who lead us all over the holyland pointing out where the miracles of Jesus took place. They quote chapter and verse using the New Testament as a resource.

But even though they say the words, they can't make the connection. One time a guide said, "This is where I think Jesus rose from the dead." So I asked him if he thought Jesus was the Messiah,
and he said "no. I continued, "Do you think Jesus ever lied?" "No, never." the guide responded. I said, "Well, Jesus claimed to be God. Do you think He is God?" He said, "No."

Being content to use this kind of circular reasoning is possible only because the Jews are blinded by God from understanding the truth. Otherwise they are a very, very intelligent race.

So the "mystery" remains unsolved with the Jew, but is made known to the Gentile. Just as God predicted!

Hos. 2:23 "And I will sow her for Myself in the land. I will also have compassion on her who had not obtained compassion, and I will say to those who were not My people, 'You are My people!' And they will say, 'Thou art my God!'"

Amazing! So when you're talking to a Jew, always be respectful because even though he IS chosen by God, he is also blinded by God, until the Rapture!

And it's only by the grace of God that we're given spiritual wisdom and knowledge!

Col. 2:2,3 "...attaining to all the wealth that comes from the full assurance of understanding, resulting in a true knowledge of God's mystery, that is,Christ Himself, in whom are hidden all the treasures of wisdom and knowledge.

Thank you Lord for the things we don't deserve!!