FacebookTweetPinEmail7
No one, I mean no one, foresaw the world setting the stage for the post-rapture tribulation in such fast and climactic order! It seems like scores of Bible prophecies are coming together all at once.
On just about every front, the world seems to be racing to the Biblical end of the Church Age dispensation...and our legendary disappearing act. As we look incredulously at the prophetic signs being fulfilled, one area stands out more clearly than any other...finances!
The longer the Rapture is delayed, the more we'll see the world moving into a cashless society, which is, of course, the forerunner to everyone in the world being controlled from one place through the "Mark of the Beast."
"And he causes all, the small and the great, and the rich and the poor, and the free men and the slaves, to be given a mark on their right hand or on their forehead,  and he provides that no one will be able to buy or to sell, except the one who has the mark, either the name of the beast or the number of his name."
Rev. 13:16-17
The United Nations, and other hugely influential world 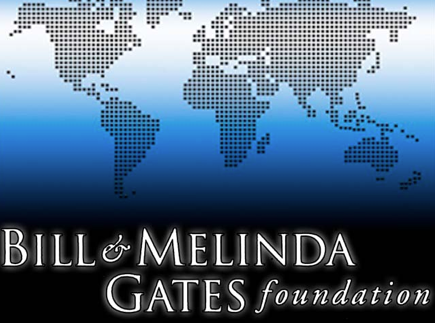 organizations like the Bill and Melinda Gates Foundation, have been aggressively promoting for years that the world needs to move away from cash and into all digital transactions. And now they're finally getting some traction.
Denmark, Norway and Sweden are literally making plans to scrap notes, coins and cash registers by January 2016. That's just six months away.
Michael Busk-Jepsen, Executive Director of the Danish Bankers Association, says this about moving Denmark completely away from physical currency: "It's no longer an illusion but a vision that can be fulfilled within a reasonable time frame."

Some 40% of Denmark already uses Danske Bank's MobilePay, which allows money to be transferred not only in stores or online, but also between people! When they have their yard cut by a 10 year old, money can be exchanged via digital accounts.

Today Scandinavians use cash for only 6% of transactions. Even homeless people use the system to take donations, sell items, etc. In Great Britain, non-cash payments have grown to be over 50% of all British transactions.
Naturally, governments are drooling over the prospect of being able to track and tax every transaction on earth. They actually don't mention the "digital tax" part; instead they're wisely promoting the "security benefits" and "ease of use." But tax revenue is the motivating factor.
And do understand that better security is not designed for the consumer. Rather, it actually means better security for the banks. Total credit card fraud jumped 15% in 2012, to $1.7 billion, costing shareholders a lot of dividends. So American banks are following Europe's lead by switching to chip technology, and most will have it implemented by October 1st this year.
The magnetic strip that has been on credit cards for over 50 years is being phased out and replaced with an imbedded chip. If you haven't yet, soon you'll be receiving 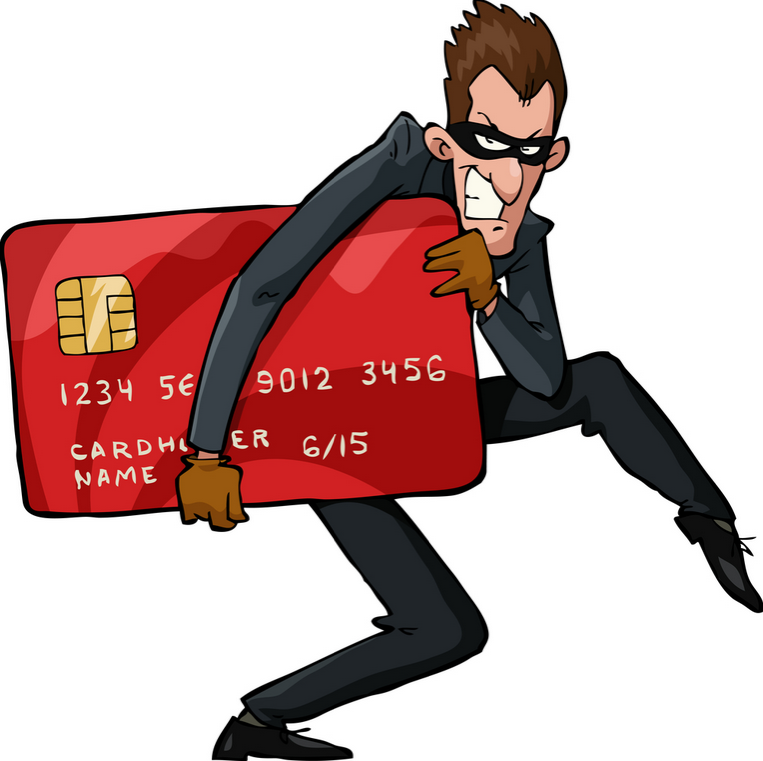 new replacement credit cards with chips in them.
Magnetic strips make it far too easy for thieves to steal the information stored on them. Today's high tech thieves can even read your credit card info while your card is still in your wallet!

With the stolen information, fake credit cards are quickly made...using your name, etc., and their picture. Since banks are on the hook for credit card losses, they had to find a way to have a more secure credit card. 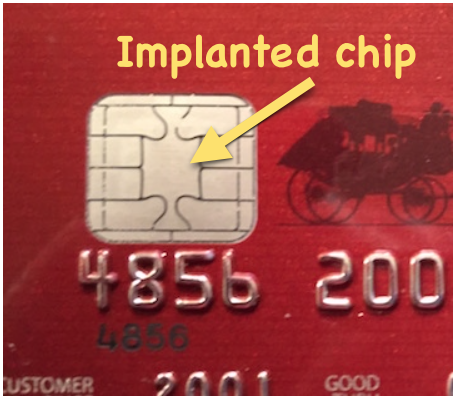 So they embedded a chip in each card that assigns a unique code for every transaction made using your card.  And eventually you'll use a pin, rather than a signature, to complete the transaction. So even if a thief steals your card, he couldn't make a purchase with it.
In the near future you won't "swipe and sign," but rather "insert and verify," using your security code, like you do at an ATM. These new chip cards still have a magnetic strip so you can use it with merchants who haven't yet switched their terminals.
But eventually, when all cards have been switched over to chips, it will become mandatory for merchants to use chip readers.
Now, think how close this is to the infamous "Mark of the Beast!" All you have to do is move one single step and embed your chip and code on your hand (or above your eye if you don't have a hand) and you're there! And no one even needs to remember a pin number!!
.

Timing of the Mark of the Beast
And I heard something like a voice in the center of
the four living creatures  saying, "A quart of wheat for a denarius, and three quarts of barley for a denarius; Rev. 6:6
In response to the phenomenal currency inflation, where it takes a day's wage just to buy food, the Anti-christ will take control of all money and transactions for stability. 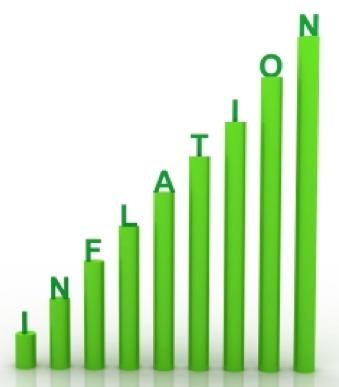 Taxes are collected on each and every transaction. Control of people is achieved because if you don't go with his plan, you can't buy or sell... i.e. you can't eat!

So at what point is the Mark of the Beast implemented? That answer is fairly straight-forward in scripture. Following the Rapture, the order of events in the first half of the Tribulation are as follows:

>Israel is attacked. Ezek 38, 39
>Israel responds by taking out her enemies. Zech 12:6
>A 7 Year Peace Treaty is brokered with Israel by a man

who rises quickly to power in the post-Rapture void, thereby stopping Israel's annihilation of her enemies. Dan 9:27

>The World Leader garners more and more power. Rev 6:2, Dan 11:23
>World war everywhere but Israel. Rev 6:4
>Worldwide economic chaos with inflation. Rev 6:5,6
>One fourth of the humans on earth die from war, famine and martyrdom. Rev 6:8
After 3 1/2 years of this world mess, the World leader blames it all on Israel and breaks the peace treaty.

The Bible warns Israel never to make a treaty with her enemies (Ex. 23:32) and now she pays the price for depending on the treaty, instead of God, for protection.

The mid-Tribulational events then begin when World Leader dies by a fatal head wound (Rev. 13:3). Satan, who is a demonic spirit, is thrown from heaven (Rev 12:9) and seizes the opportunity by indwelling the dead body.

This appears to resurrect the dead world leader, mimicking Jesus' resurrection after three days. He is quite ugly, with one eye and a withered right arm (Zech 11:17).

After killing the two witnesses, he walks boldly into the rebuilt Jewish Temple and

It's at this point he changes from being the "World Leader" into being the "False Messiah," or "Anti-christ." The False Messiah then blames the world's woes on Israel and orders all Jews to immediately be killed, wiping out 2/3s of the Israelis in one day (Zech. 13:8).
The 1/3 of the Jews that survive flee to the mountains of Bozrah, Edom, most likely Petra, Jordan (Matt 24:15-21, Is. 63:1). If you read Isaiah 2, Petra, Jordan fits like a glove. It's all about caves, tombs, dust and dirt. Israel is protected there by God for 3 1/2 years (Rev 12:6).

But the Anti-christ World Leader has his hands full with all the death and destruction on earth. So he acts to solve the world's problems by exertingotal control over every human by instituting the Mark of the Beast. That Mark means 100% TOTAL control of everyone in his system from one central point.
Now, what is good about all of this is that all of these events are at least 3 1/2 years away. If the Rapture happens today, the Mark and the Antichrist's worldwide control won't come into play for another 3 1/2 years.
It's amazing that these Revelation prophecies were inspired by God almost 2000 years ago. The Daniel and Zechariah prophecies were recorded over 2500 years ago. Is this exciting or what!
A quick prophetic summary of Israel
Israel would kill her Messiah and be scattered around the world for about 2000 years (Hos 6:1-2). They would remain a pure race, preserving their culture and ethnicity (Rev 7:4).
They would be gathered back to their land by God (Ezek

There is only one thing left to happen on God's prophetic list.

There has to be something found that is so economically strategic that it would cause Russia, Persia (Iran) and several other nations to invade immediately after the Rapture.

"You will devise an evil plan... to capture spoil and to seize plunder...to capture great spoil..." Ezek 38:9-13
Currently there is nothing in Israel that has that kind of economic attraction. There are no abundant natural resources, no diamond, gold or silver mines, nothing. All the Israelis have been able to accomplish since becoming a country again in 1948 has been due to their hard work and sacrifice.

So I have a hunch Israel will discover oil. A LOT of oil!

There are currently two big oil companies drilling for the black gold in Israel. Both think that the largest oil reserve in the world is located somewhere under Israel.

They've already discovered massive underground gas fields. And as they say in Texas, "Where there's gas, there's oil." I think it's only a matter of time until we read in the news that Israel has discovered oil, massive amounts of oil.

If Israel becomes a bigger oil producer than Saudi Arabia, Iran and Iraq combined, it'll certainly make the Arabs hopping mad, to say the least! And it would give the Russians and company plenty of economic incentive to invade Israel--especially in the confusion left in the wake of the massive departure of the Holy Spirit and all born-again Believers from around the world.
Yep, the final act sure seems to be setting up nicely! So the next time you strike up a conversation with your lost neighbor, you might mention it's possible you'll disappear in the future. That'll get his attention and you might be able to sow some spiritual seeds!
Use us, Lord!!