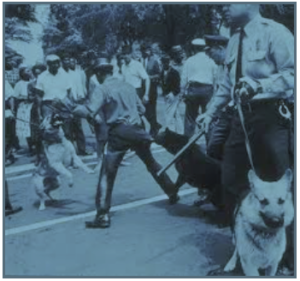 The uncomfortable truth about blacks in America today.

The book and movie "The Help" was a shocker to a lot of people. So was Rick Santorum's remark about needing to get Blacks true help -- "jobs" instead of "welfare." But he was telling the truth.

When I was a young kid in the 1950s in Alabama, I distinctly remember getting on a bus and the bus driver announcing "Colored to the rear." If you needed a restroom, there were always three from which to choose: "Male," "Female," and "Colored."

It didn't seem odd at the time that there were "white" and "colored" water fountains or that the city auditorium had a separate entrance to the balcony where the "colored" would sit. All the public schools were totally segregated. 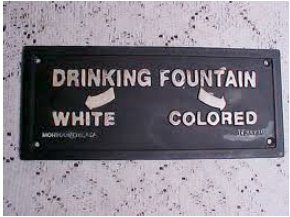 In the 1950s and 1960s it was painful for many Americans, especially those in the deep south, to finally come to grips with a cold hard fact: Corrupt people had sinfully captured some 600,000 Africans from their homes and families on the African continent, brought them to America and sold them as slaves.

In the years that followed the civil rights legislation, giving blacks equal rights, America has tried to make up for her wrongs. Since the 1960's, billions of dollars have 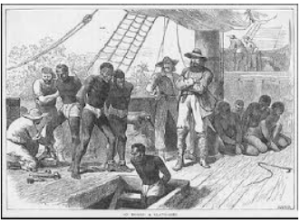 been spent to improve the lives of black Americans.

To rid our guilt we've even resorted to reverse discrimination against whites through affirmative action and quotas in Governments, businesses and higher education--all to give the black American an advantage so they could "catch up." 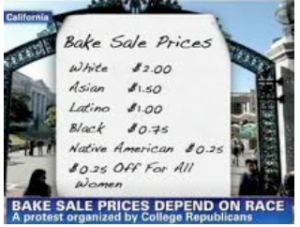 So how is our investment in the black community doing?

Not so good. So badly in fact, all this "help" may have been worse than "no help" at all. Consider these sobering statistics today:

Blacks are 10% of the U.S. civilian work force but hold 25% of the jobs at U.S. Treasury, 25% at the Veterans, 31% at the State Department, 37% at the Department of Education, 38% at the Housing and Urban Development, 42% at the Equal Opportunity Commission, 44% at Fannie Mae, 50% at Freddie Mac, 55% at the Government Printing Office and 82% at the Court Services/Offender Agency.

The average government employee earns $123,000 per year, compared to $61,000 in the private sector. This poses a huge future economic impact to the black community when the government is forced to cut back. "When," not "if."

Making a bad situation worse, the visible black leadership in America (the Al Sharpton, Jesse Jackson, etc.) continue to push for more of the poorly thought through government programs that have created these problems in the first place.

On the spiritual side, it is sadly estimated that well over 80% of black churches don't specifically teach the Bible as God's inerrant and infallible word.

With Bible exposition lacking, and social sermons the norm, few blacks in America are armored with Biblical truths-which is their only hope out of their ever-encompassing mire. Their problem is spiritual, not monetary or discrimination.

The bottom line is that Blacks, as a community, are looking to the U.S. Government to solve their problems when they should be looking to God.

Who says this? Jesse Peterson at the Steeling the Mind Bible Conference presentation "How Black Leadership Exploits Black America." It's an eye-opening presentation showing how black leadership in America isn't doing any favors for black America.

Peterson, once himself a victim of America's "help," is one of the few blacks to both state the uncomfortable truths about blacks in America and boldly speak forth the answer--repentance and turning to Jesus Christ.

Refreshingly, Peterson sees the Light. We pray his Biblically sound message sheds the True Light on others the black community.
You can purchase Jessie's presentation on DVD or CD: https://compass.org/product/healing-america-from-racial-hate-jesse-lee-peterson/

Bill and Susie Perkins founded Compass International, Inc. in 1993 as a non-profit, nondenominational ministry. For information on Compass’ Steeling the Mind Bible Conferences, Good Morning Lord! Bible studies, books, DVDs and Biblelands Trips and Cruises, go to compass.org
LIKE us on Facebook: facebook.com/compassbible and FOLLOW us on Twitter: @compass7 and Instagram: @compassbible