Article: Beware of a Constitutional Convention!

Benjamin Franklin was asked, as he emerged from the Constitutional Convention in Philadelphia in 1787, what form of government the United States was going to have. Franklin answered matter of factly, "A Republic, if you can keep it." He had fascinating insight into the future!

I am totally amazed that both in front of and behind the scenes, otherwise logical people are calling for a Constitutional Convention...purportedly to deal with our failing dollar. The idea is that a Con Con is the only way we can pass a balanced budget amendment. 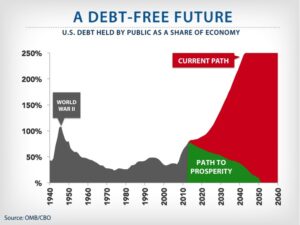 There are 16 trillion reasons we desperately need a balanced budget. And Article V of the U.S. Constitution gives the states the power to call for a Con Con.

Two-thirds of the states, 34 of 50, must call for a Con Con. If 34 states pass this simple resolution, Congress must call a Convention so that states can propose amendments to the Constitution.

With our civil rights, 2nd Amendment and minority protections already hanging by a thread, who in their right mind would allow a majority of today's politicians from EITHER party to vote on ANY changes to the constitution?? 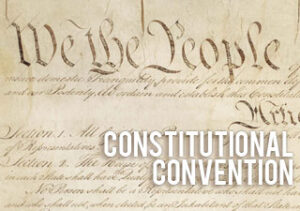 Liberals have for years salivated at the prospect of a Con Con. They know the constitution is a conservative, rights-protecting document. A Con Con would be a once-in-a-lifetime opportunity to get rid of those protections and provisions that have held this country together for over 237 years.

Some say a Con Con could never happen. But there are both liberals and conservatives (wolves in sheep's clothing) extolling the virtues of such an event.
Conservative organizations like the American Legislative Exchange Council, the Goldwater Institute and several others think a Con Con should be called to pass a balanced budget amendment.

However, there are no rules for a Con Con. So who would be the delegates making up rules to operate a Con Con? Who would be in charge? Liberal Republicans or the Democrats?

Regardless of the stated purpose for a Con Con, EVERYTHING would be open to modify or change. Those in the room could vote (for our good of course) a new constitution that is more "up to date."

But there are no rules in a Con Con! The "delegates" (there are no guidelines as to how to select them) could even ratify this new constitution with whatever changes they saw fit. Do you see a problem here?

Again, there are no rules for a Con Con. Delegates in a Con Con would be the most powerful force in the history of our country. Not like the mostly God-fearing group of men who first penned the Articles of Confederation. Today, few people have the muster of our founding fathers. Can you imagine today ANY of our politicians choosing issues to debate and change?

One more time, there are no rules for a Con Con. We have enough trouble with Congress WITH rules. At the height of the Obamacare vote, it is estimated that some 70-75% of Americans were against even the concept of nationalized healthcare. Yet it was passed without even having been read!

Three more states have called for a Con Con, but have rescinded their call: Alabama, Florida and Louisiana.

Naturally, some proponents of Con Con, liberals, are saying those three state rescissions are not legal and those states should be counted as calling for a Con Con. If they are counted, then only 3 more states would be necessary to call for a Con Con.

Let's just say, I would hate to see the legality of those three states having called for a Con Con to go to court! As we've seen with the Obamacare ruling, nothing is predictable in a Supreme Court vote.

Hypothetically speaking... So what kind of crisis would precipitate such a call? Take your pick. Financial would be at the top of the list. But it could be anything—disease, weather, military...who knows. 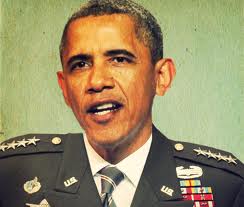 Like it or not, BHO is Commander and Chief of the U.S. Army

I don't really feel comfortable that in any emergency Mr. Obama and his staff have the authority to take over pretty much everything...food, livestock, farming equipment, manufacturing, industry, energy, transportation, hospitals, water, defense, construction, etc.

But as our leader, he'll be the one making decisions in an emergency, regardless of what/who caused it. He can even authorize Martial Law, regulate the Internet and cell phones, and even suspend Habeas Corpus. If he felt things weren't going just right, you can forget Fox and conservative talk radio. That's a lot of power!

We do know that Homeland Security seems to be preparing to deal with some type of crisis. In early 2013 they purchased 1.6 billion rounds of ammo.* This is an astronomical number considering we were using less than 6 million rounds a month at the height of the Iraq War!

Why do we need a 20-25 year supply of bullets for Homeland Security when our Border Patrols agents can't get the ammo they need just to do their job?*

Homeland Security is also taking delivery on thousands of MRAP (mine resistant) armored vehicles with bullet-proof glass and gun ports. 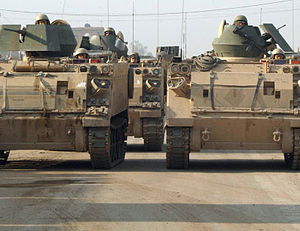 How is it that we're paring down the Department of Defense, which is the Federal entity charged with protecting us, and massively revving up Homeland Security. What the heck are they preparing for?

Logically, they are worried about something that has yet to be made known to the public at large!

FEMA has been busy building 600 fenced-in internment camps across the U.S. since 1984 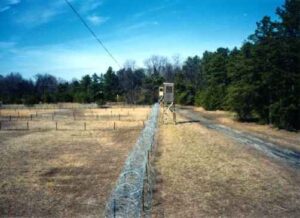 Hypothetically, if the dollar collapses into financial chaos, food is scarce and people begin rioting in the streets, I would certainly want our government to step in and stop the chaos.

They would need a lot of those 1.6 billion bullets, the MRAPs and all those tens of thousands of assault rifles they've purportedly purchased to clear the streets until we get things sorted out.

They would even need a lot of those 600 or so fenced-in detention centers that FEMA's been building (via REX 84) across the U.S. to hold those rioters.* Maybe all of them if they suspend elections!

Again, hypothetically, you could easily see how a hysterical populous might support a Con Con. But to use a crisis to change the Constitution would probably be the last straw for a lot of people. Our nation would be changed forever. It's that serious.

God blessed this nation with wisdom, might and religious freedoms for His eternal purposes. Our founding Fathers feared and respected the Lord. Until our leadership understands that we serve and are accountable to a living risen Lord, we'll continue down this path of self-inflicted destruction. 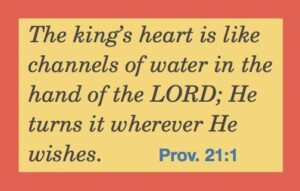 For Believers, we have personal and direct access to the Creator God of the universe. It's time we honestly put Mr. Obama and our nation's leaders fervently at the top of our prayer lists...because the Bible says that prayer changes things.

"I urge that entreaties and prayers, petitions and
thanksgivings, be made on behalf of all men,
for kings and all who are in authority, in order that
we may lead a tranquil and quiet life in all godliness
and dignity."1 Tim. 2:1-2

"The effective prayer of a righteous man can

"Finally, brethren, pray for us that the word of the
Lord may spread rapidly and be glorified, just as it