Article: Beheadings and the Bible 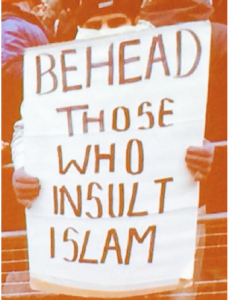 The cold-hearted murders by Muslims in Paris finally exposed to the world what we're actually dealing with in respect to Islamic ideals and goals. Their goal is simple: They fully expect and work toward the world becoming 100% Islamic under Shari'ah Law.

You can laugh at Islam's world domination agenda if you want, but this clash of values will continue worldwide until either the Muslims are in full control or they are defeated. Yes, defeated. They will defeat us or we will defeat them. And if we don't begin to think in those terms, we will lose. 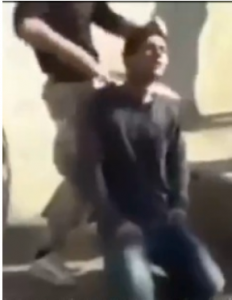 two American journalists, three American and British aid workers, were beheaded by the Islamic State in just the past year. These are not war kills, but rather mostly innocent humans who were murdered as a sort of appeasement to Allah. 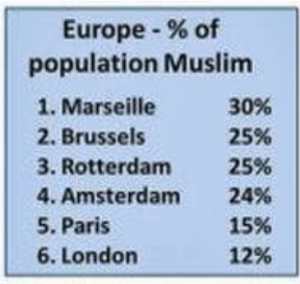 illegally in Europe today, steadfastly refusing to assimilate into the local culture. The liberal European governments, until recently, left the Muslims to themselves. But inaction is not what is needed. By not addressing the true problem from the beginning, the Muslim population in Europe has now grown to be pretty much unmanageable.

Consider Belgium
This is the fourth year in a row that the number one baby name is "Mohammad." 40% of the school children are Muslim. And, surprise surprise, the Muslims won't assimilate into the Belgium culture, instead remaining segregated and using their own schools and Shari'ah courts. 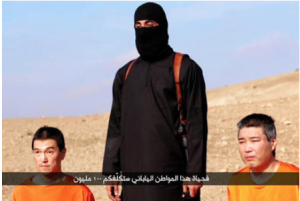 Wanting to equally offend the world, the Muslims have now announced they have two Japanese men in custody and are demanding some $100 million or they will beheaded. 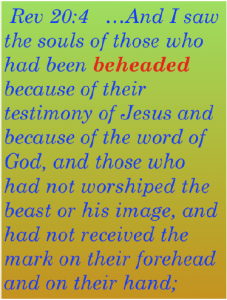 What's Really Happening
As the Church Age draws closer to its exciting conclusion for Believers, God is setting the stage for the Tribulation events to begin. We can see in the Bible that all but one country (Russia) who comes against Israel in the Tribulation is Islamic.

And it's fascinating to read that in the Tribulation, a large number of those who die standing on their belief in Jesus are actually beheaded.

An uncountable number of deaths in the Tribulation are due to faith in Jesus (Rev. 7:9-14), and it's most interesting that "beheading" is the only death specifically described.

So what we're seeing take place in the world today is simply a prelude to the satanic wars of the Tribulation when beheadings will be quite common for the uncountable millions who follow Jesus. So much so that those of us in heaven will be crying out, "How much longer?" Rev 6:9-11

Setting the Stage
While the West has been for decades buying Satan's lie by actively declining God's blessing of children (via birth control, abortion and other non-Godcentered priorities), the Muslim population is multiplying at four to five times 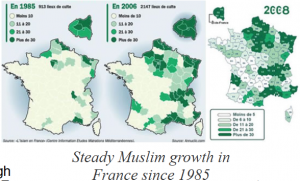 the rate of natives in the countries in which they've immigrated. The FACT is, it's only a matter of time before they can just VOTE themselves into control of governments.

But they're not just waiting to have enough babies to get their way. They now have enough population currently in place in Europe to begin brazenly exerting their power. France and Belgium are just the first to see the Muslims' true intents.

Look at History
In the 1st Century AD, it seems as though Satan saw the need to blunt the early church's explosive growth so he used Mohammad and Islam as his tool.

Since 600 AD, Islam grew east and west. With the exception of the Crusader Period for a brief time around 1100 AD, the Muslims basically spread unchecked. And by the 1500s, they reached so far as to control all of Spain, Portugal and Greece! 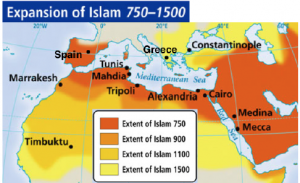 Christianity is spread through sharing the good news of a loving God Who sent His Son as Savior, paying for our sins and promising eternal life to all who simply "Believed."

But in Islam there is no promise of salvation. The Muslim believes that when he or she dies, they stand before Allah to have their life's deeds judged, hoping he allows them into Paradise. The lone exception is through martyrdom where the martyr not only is promised heaven with 72 virgins, he could also bring with him 72 members of his family. Sick.

This is not a sick joke. This is quite appealing to the typical martyr who is a Muslim male between the age of 18 and 35, has no assets, no job and no future. The promise of going to heaven (referred to as "Paradise" by Islam) as a hero to his family is expertly 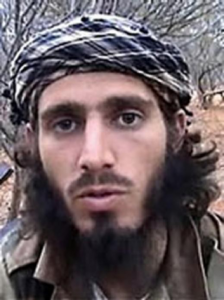 The Messenger of Allah said: "I have been commanded to fight against the people till they testify that there is no god but Allah, that Muhammad is the messenger of Allah." Muslim 1:33

And with over 100 verses in the Koran that say to murder the Jews and/or Christians, it's easy to push those Satanically blinded youth into doing what to us is unthinkable.

America's First War was against... guess who?
So Islam has spread through the fear of an unloving, unforgiving god who requires strict obedience to the Koran. Those who didn't convert had the choice of paying "tribute" or bribes, or were killed by beheading. Imagine going on one of their mission trips! "Worship Allah or we kill you!" We shake our heads at the tactics but it's been hugely successful for 1400 years! Most Americans think our first war was in 1812 against Britain. But that's not true. After our war for independence from 1776 - 1784, our first war was actually against the Muslims!

When we began as a nation in the late 1700s, along with the rest of the civilized world we paid tribute (bribes) to the Muslims of North Africa, to not attack our merchant ships in the Mediterranean Sea. 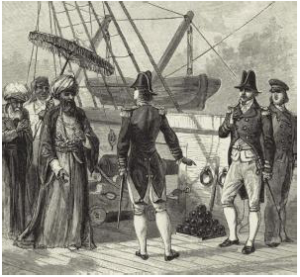 Only when Thomas Jefferson was elected President in 1801 did we cease paying these bribes.

Interestingly, Jefferson didn't just stop paying bribes. After reading what was in the Koran, he also sent a fleet of American ships to bomb the smithereens out of the North African coastal harbors of Tunis, Algiers and Tripoli. Only after repeated pummeling by the Americans did they agree to allow our ships safe passage.

Which brings up a major point. You can't 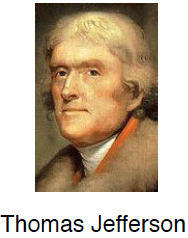 fairly negotiate with a Muslim. The Bible says Arabs are born irrational (Gen 16:12).

You may think you're negotiating, but they simply lie about their intentions, and they love to fight...which is irrational. If you don't knock them in the head, they won't get it.

Israel, surrounded by their Muslim enemies, has found this out the hard way. 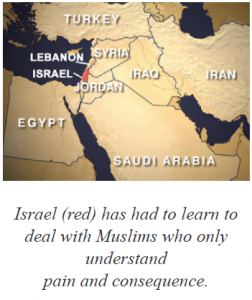 The Muslims have broken every treaty they've ever signed with Israel. 100%!

The only thing Muslims truly understand is pain and consequence. Muslims only wave the white flag if the pain is so great they think they will lose the battle. But surrender is only to delay until they attack again later.

Israel exists today because they inflict enormous pain in response to all acts of Muslim terrorism. And they certainly don't trust the Muslims for their safety. Imagine if the Muslims had a nuclear bomb...how long before they would use it on Israel? And the West? Two seconds.

Muslims Are To "Behead" Foes
But why in the world do Muslims behead their enemies? That seems to us quite archaic. But there is
a simple answer. The Koran, their bible, calls for beheading their enemies.

"So when you meet those who disbelieve, strike their 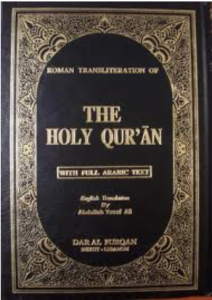 necks until you have inflicted slaughter upon them..." Surah 47:4

"I will cast terror into the hearts of those who disbelieve, so strike them upon the necks...." Surah 8:12

So they behead because Allah says to behead. You have to keep reminding yourself that Allah is just Satan in disguise for this to make any sense. We have to call a spade a spade.

Beheadings in the Tribulation

The Bible also tells us where all this will culminate. After the Church Age ends, the Bible specifically mentions "beheadings" as a major way Believers die in the future 7 Year Tribulation.

That's amazing since we're starting to actually see the Muslims beheading people pretty much weekly around the world. 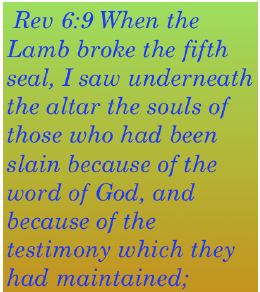 And they're the only ones doing that barbaric act. So, if we're close to the end of the Church Age, we can easily project who the bad guys are in the Tribulation that follows.

It'll be Satan, using the Muslims, against God's Israel. Thankfully we know who wins. And thankfully we'll not be here to personally experience the shear horror of all those heads rolling.

And until the Rapture, what we MUST DO is be wise and aware as God allows all these things to come together for His purposes. And be willingly used by Him to witness His True Agape Love as He opens doors of opportunity.

And certainly do pray for our country's protection because it's no longer hoping our kids and grand-kids will have the same lifestyle we've had, it's now our kids' and grandkids' freedom that's at stake!

Our mostly Christian founders fought for these privileges:

None of these are allowed under Islam!

One of the topics at a Steeling the Mind Bible Conference is "Beheadings and the Bible" by Shahram Hadian. He was a Muslim before getting saved and fleeing to America. His presentation is a must-see for every American, Christian or non-Christian! An "eye-opener" as we say.