God graciously reveals Himself to us today through His Word.

His infinite glory, majesty and eternal attributes are declared in almost every chapter of the Bible. It shows His love for us and how we can have eternal life with Him.

But God also gave us the Bible as a guide for our own good and protection.

Deut. 12:28 "Be careful to listen to all these words which I command you, in order that it may be well with you and your sons 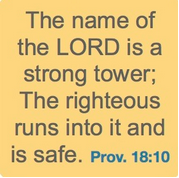 after you forever, for you will be doing what is good and right in the sight of the LORD your God."

Psa. 1:2-3 But his delight is in the law of the LORD, and in His law he meditates day and night. And he will be like a tree firmly planted by streams of water, which yields its fruit in its season, and its leaf does not wither; and in whatever he does, he prospers.

It wasn't long after Martin Luther spear-headed the Protestant revolt that the British government began dictating to its citizens when and how to worship God. 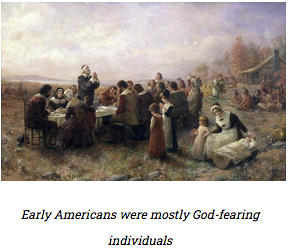 So in the 1600s, the motivation for most of the early settlers fleeing England to begin a new life was spiritual freedom.

The British government controlled religion and persecuted anyone who objected. But God used that persecution to lay the groundwork for the United States.

150 years or so later, 56 mostly Born Again Believers signed the Declaration of Independence, publicly denouncing England and its tyrannical laws—spiritual and political. 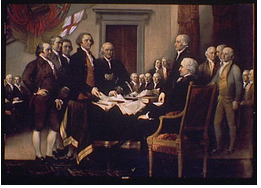 Signing that document was considered high treason, and nine paid the ultimate price of death. One-third of them lost their wealth and houses. Scores were imprisoned—with their wives! Yet none recanted.

God was acknowledged and revered throughout the Declaration of Independence and Constitution as the writers pointedly used words like "God" and "creator." Most would be considered Bible scholars and were bold in their Christian walk.

"You do well to wish to learn ...the religion of Jesus Christ.Congress will do everything they can to assist you in this wise intention."

100 years later, President Abraham Lincoln reminded the nation we were under God's ordination when he quoted the Declaration of Independence saying,

"We hold these truths to be self-evident: that all men are created equal; that they are endowed by their Creator with certain inalienable rights; that among these are life, liberty, and the pursuit of happiness."

We know from the original documents and letters our founding fathers penned that our new nation's foundation included these five rock-solid Biblical Principles.

1) Belief that the world, and all in it,was "created" by God.

OT Gen 1:1 "In the beginning, God created the heavens and the earth."
NT Col. 1:16 "For by Him all things were created, both in the heavens and on earth, visible and invisible, whether thrones or dominions or rulers or authorities—all things have been created through Him and for Him."

Today we have moved away from "God created" to "man evolved." Evolution is taught as fact in all public schools while "creation" is ridiculed.

Professing to be wise, they became fools, Rom. 1:22 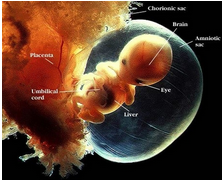 Up until 1973, anti-abortion laws, in some form or another, were in place in every state of the union. In 1973, the infamous Roe vs. Wade Supreme Court decision invalidated every state law and made it legal to murder innocent human beings. Since 1973, as unbelievable as it sounds, roughly 60 million babies have been "legally" murdered in the United States.

"They exchanged the truth of God for a lie, and worshiped the creature rather than the Creator..."Rom. 1:25

In 1960, every state in the Union had a law against homosexual behavior (sodomy). Since 1960, homosexual activists have chipped away at state and federal laws and today, homosexuals (Biblically termed "perversion" i.e. "perverts") can legally marry, serve openly in the military, and have IRS designation as a married couple. 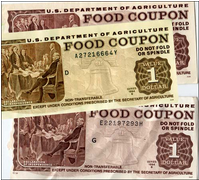 Up through the 1950s, churches and charitable organizations fed the poor people. In the 1960s, Food Stamps were introduced for the poorest of poor.

If you were in dire straits, you could receive about $10 a month to keep from starving, which is equivalent to about $87 in 2014.

In America today, close to 50 million citizens receive food stamps averaging $133 a person, or $533 a month for a family of four.
There are also several other government food programs such as:

(Interestingly, 45% of the money for each of the above programs is borrowed each month!)

5) Children were raised with a God-centered education.
OT Deut. 6:6-7 "These words,which I am commanding you today, shall be on your heart. You shall teach them diligently to your sons and shall talk of them when you sit in your house and when you walk by the way and when you lie down and when you rise up."
NT Eph. 6:4 "Fathers, do not provoke your children to anger, but bring them up in the discipline and instruction of the Lord." 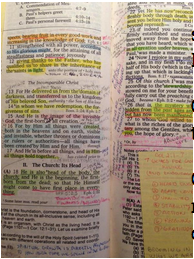 All of our first colleges and universities in the  United States were seminaries. The obvious reason was that this new nation held the Bible as the central link to education.

Or put another way, American education concluded that without the Bible, there is no truth.

Governor Morris of Pennsylvania was considered the most active member of the Constitutional Convention, addressing the convention delegates over 150 times. He advocated that:

"education should teach the precepts of religion and the duties of man towards God."

"Let...statesmen and patriots unite their endeavors to renovate the age by...educating their little boys and girls...and leading them in the study and practice of the exalted virtues of the Christian system."

What Happened?
What happened that changed our country from being God-centered to non-God-centered?

From before the time the ink dried on the Declaration of Independence, Satan has been hard at work undermining the Biblical values of this great nation.

If the foundations are destroyed, what can the righteous do?" Psa. 11:3

Biblical values in the United States held strong through World War ll. In 1948 God used the United States to stand militarily beside Israel as she returned to her homeland from some 2000 years of being scattered around the world. 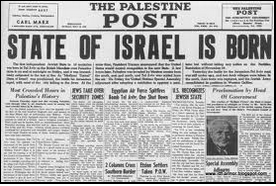 I'd bet seeing Israel come back as a nation in their homeland, as prophesied, sent Satan on a tirade against his demons. Especially after he had just tried to wipe them off the face of the earth!

So that evil earthly ruler went after the U.S. with a vengeance. First, a quite liberal Supreme Court was installed. Then, in 1963, Satan used the Supreme Court to disallow prayer in public schools.

The original decision had to do with "mandatory Bible readings" in a Pennsylvania school, but subsequent rulings have left teachers believing that any mention of the name "Jesus" in school is unconstitutional.

So now, 50 years later, you can praise Allah, Muhammad, Lenin, Satan, and Confucius in a public school, but not Jesus, who our founding fathers looked to as the "Creator of all things."

Our children are taught evolution as fact, even though it's a theory, and it's called "science." But public school teachers can't teach the Biblical account of creation, even as a theory—even though our original universities taught it that way.

Did you realize that the theory of "Biblical Creation" has more scientific evidence to support it than the theory of "evolution"?(You learn all this on our Grand Canyon trips in June each year!)

One could argue that the most damaging ruling in the history of the Supreme Court was taking God and the Bible out of the classroom. The net effect was graduating class after class of not only Biblically illiterate humans, but more importantly, God-less humans.

And these God-less humans look to government, not God, to be their savior. And they vote that way, leaving Believers watching a once God-fearing nation being dismantled daily.What a great time to be alive!

But this was all prophesied and God is in control. Yes, it's all coming together as God has promised it would. And we're the famous generation that saw Israel come back as a nation in their homeland, so most of us are likely to be alive for the Rapture of Believers.

But what do we do between now and the Rapture? We pray that we keep the main thing the main thing. Trust God and keep our mind focused on the eternal.

I believe salvation is the MOST important issue in this life. I've said many times, the only thing that really matters is who goes to heaven and who goes to hell. And God uses Believers to reach the lost of this earth, you and me. 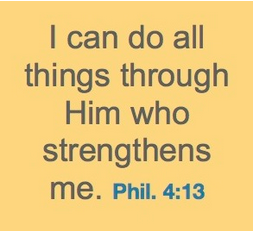 Many of us have spent our lives studying the Bible, and now the Lord is giving us myriads of opportunities to testify to His faithfulness. And witness to what He has done in our lives. And to what's dead ahead for this earth.

So whether Rapture is seconds or years away, use us, Lord, to testify to Your making heaven available to all who believe!

For more information or to sign up for our provocative FREE Good Morning Lord! Daily Devotional Email Click Here