Article: Are There Restrooms In Heaven? 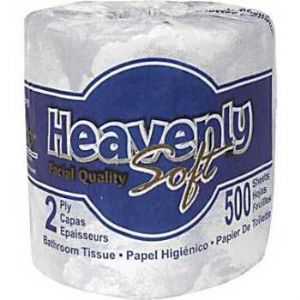 Sometimes it’s hard to make sense of what’s ahead—what it’ll be like in heaven. After all, the Bible does say that our glorious future life is beyond anything we can imagine.

“THINGS WHICH EYE HAS NOT SEEN AND EAR HAS NOT HEARD, AND which HAVE NOT ENTERED THE HEART OF MAN, ALL THAT GOD HAS PREPARED FOR THOSE WHO LOVE HIM.” 1Cor 2:9

We can’t even imagine how good it will be. With my imagination, I can think of a lot of A+ situations we could find ourselves in when we finally reach our heavenly goal. Yet no matter how good I imagine it could be, it’s better than anything I can think of! That’s amazing. We certainly won’t be sitting around on clouds playing harps.

So with all my "imagination" I have some questions. For instance, what age will we be in heaven? If we live to 100, will we look like that forever? Or will the men all look about 25 and the women 20?

Time, After Time?
Here's another question...eternity's a long time, so will we have a lot of time on our hands to fill? Will there be “time” after time? Many years ago I was taught that God is outside of time and when we get to heaven, there will be no more time. I didn’t understand it but accepted it as fact.

But now as I look more closely at scripture, it clearly says there WILL be time in heaven.

"When the Lamb broke the fifth seal, I saw underneath the altar the souls of those who had been slain because of the word of God, and because of the testimony which they had maintained; and they cried out with a loud voice, saying, “How long, O Lord, holy and true, will You refrain from judging and avenging our blood on those who dwell on the earth?”   Rev 6:9-10

Here we see people in heaven definitely referring to time, saying “how long.” They can see the tribulation going on on the earth, not having completed its full seven years of time.

But what about the new heaven and earth? Will time stop? Clearly not!

“But for the cowardly and unbelieving and abominable and murderers and immoral persons and sorcerers and idolaters and all liars, their part will be in the lake that burns with fire and brimstone, which is the second death” Rev 21:8

Here in the New Heaven and Earth we see time mentioned regarding those who did not Believe the Gospel. They’re in the “lake of fire that burns...,” which is a reference to time for people who have died.

But this earth will be destroyed by fire one day at the end of the Millennium and we’ll have a New Heaven and Earth (Rev 21:1). Time will also be there:

“Then he showed me a river of the water of life, clear as crystal, coming from the throne of God and of the Lamb, in the middle of its street. On either side of the river was the tree of life, bearing twelve kinds of fruit, yielding its fruit every month.” Rev 22:1-2

Every month! There won’t be a sun or moon to measure time like we do today, but there’s definitely time somehow being measured in the New Heaven and Earth.

Einstein showed that time was a physical property that varies depending on mass, acceleration and gravity. Who knows if there's any gravity in heaven or how fast we'll be speeding through the universe.

Also it's important to note that time on this earth, as used in our lives, was originally created “good.”

“In the beginning God created the heavens and the earth…. God called the light day, and the darkness He called night. And there was evening and there was morning, one day. Gen. 1:1,5

We measure and mark time with birthdays, marriages, events and such. And when you think about it, the only bad thing about time is that, after Adam’s sinful fall, time ultimately brings death. But in heaven, there is no death, so time will be on our side.

Uh, how about restrooms? 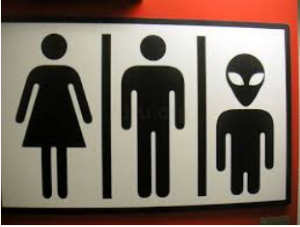 So it’s a fact that time will be present in heaven. But what about restrooms? It’s always intrigued me that Jesus ate with His disciples after He was raised from the dead and in His resurrected body. Obviously He did this to show He was not a spirit, but rather He was truly resurrected with flesh and bone.

“See My hands and My feet, that it is I Myself; touch Me and see, for a spirit does not have flesh and bones as you see that I have.” And when He had said this, He showed them His hands and His feet. While they still could not believe it because of their joy and amazement, He said to them, “Have you anything here to eat?” They gave Him a piece of a broiled fish; and He took it and ate it before them.” Luke 24:39-42

We also know that when we get to heaven we’ll go to the big dinner, called the Marriage Supper of the Lamb (Rev. 19:9). There we’ll eat food and drink wine. Jesus said:

“And He said to them, ‘I have earnestly desired to eat this Passover with you before I suffer; for I say to you, I shall never again eat it until it is fulfilled in the kingdom of God.’ And when He had taken a cup and given thanks, He said, ‘Take this and share it among yourselves; for I say to you, I will not drink of the fruit of the vine from now on until the kingdom of God comes.’”   Luke 22:15–18

I’ve always wondered what the wine was like that Jesus made at the wedding in Cana. So I'm looking forward to tasting His wine at the Marriage Supper! Now it won't be polite to stare at your Baptist friends who've got no clue what to do. Just saying...

THAT BEGS THE QUESTION
But this eating food and drink raises another somewhat awkward but interesting question. If you eat food and drink wine, will you need to go to the restroom?

Susie, my wonderful wife of almost 43 years, came to my rescue on this one. She, who has a physics minor, said she believes that our bodies will be so perfect, and the food and wine so perfect, that anything we consume will be perfectly absorbed and nothing will need to be eliminated. Whew! I’ll go with that.

She makes a good point because we know our new bodies will be like Jesus’ resurrected body—flesh and bone—and absent of sin and decay.

“For our citizenship is in heaven, from which also we eagerly wait for a Savior, the Lord Jesus Christ; who will transform the body of our humble state into conformity with the body of His glory, by the exertion of the power that He has even to subject all things to Himself. Phil 3:20–21

“Beloved, now we are children of God, and it has not appeared as yet what we will be. We know that when He appears, we will be like Him, because we will see Him just as He is." 1John 3:2

So when the Rapture whisks us into the sky, we’ll leave our wretched sinful bodies behind and they’ll be transformed into new containers for our individual spirits. Bodies that won’t age or get sick, but can walk through walls (John 20:19). That'll be fun!

“For we know that if the earthly tent which is our house is torn down, we have a building from God, a house not made with hands, eternal in the heavens. For indeed in this house we groan, longing to be clothed with our dwelling from heaven, inasmuch as we, having put it on, will not be found naked.” 2 Cor. 5:1-3