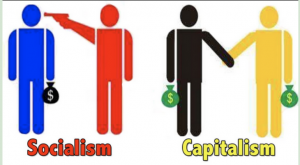 In just a few days our national elections will be over. It's so important to vote... especially since 1/2 the evangelicals did not vote in the last election—and every vote is critical.

James Dobson is calling this election "A breath-taking moment in the history of the United States." He gets what's at stake. We are not choosing a leader as much as we are choosing a way of life.

Both choices for President are sinners. As are you and I. But each is advocating a different route. One is making decisions based on Biblical commandments; the other promises to make decisions 100% opposite God's rules.

Make no mistake about it, we'll either choose to continue with a system based on Biblical capitalism, a system of freedom that the framers of this nation originally chose. A Bible-based system that's made us the most prosperous nation in the history of the earth...

Or we will choose the bondage that comes with socialism. I can't imagine living without the choices we enjoy today. We survived eight years of Obama, but things will quickly go downhill if Biden's group takes control.

Two years ago we posted a more detailed article about socialism here:
https://compass.org/why-capitalism-vs-socialism-is-really-god-vs-satan/ 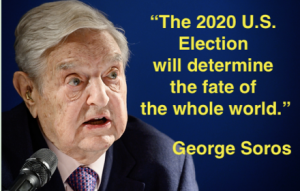 “His master said to him, ‘Well done, good and faithful slave. You were faithful with a few things, I will put you in charge of many things;' ..." Matt. 25:21

We are to be good stewards of that which the Lord entrusts to us. No group of people on earth has been given more freedoms.

We take for granted fair trials, freedom of speech and religion, naming our children, marrying whom we wish, being able to drive and travel between states and even to vote. The rest of the world envies us.

In this election, we can still choose. If we choose poorly, we may never get another chance to choose again. That's not a stretch.

Four years ago we came within a gnat's eyelash of allowing the evil transition of America to socialism to continue on without resistance. Knowing what we know today, the Globalists THOUGHT they had us. 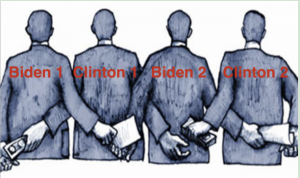 Had President Trump not been elected, we would have never learned about the corruption in the highest levels of our FBI, Biden's ill-gotten riches, Clinton's pay-to-play, or the child-abduction rings. And a lot more.

The United States Embassy in Israel would not be located in Jerusalem. We would never have found out that Hillary got $145 million for giving Russia 20% of all our uranium production.

We would not have had the decreased regulations that sent our economy booming. Instead we would have had more regulation and fewer jobs and therefore less freedom.

A Clinton presidency was set to ration healthcare and use death panels to manage who got the life-saving operations and drugs. They were planning to decide who went to medical school, what specialty they would choose and where they would practice.

In 2016 we were being set up for socialism and loss of freedoms. At the end of 2015, Obama had gutted the military of any semblance of conservatism: 327 conservative Navy Admirals, Marine Corps Generals and high-ranking officers were relieved or forcibly retired. Plus more in the Army and Air Force. (1)

With the presence of FEMA camps still spread across the land, who were they planning to lock up? I bet not Democrats! (2) 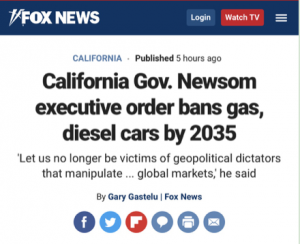 California banning gas cars in 15 years is just such an example of where those ding dongs are trying to take us.(3)

Had President Trump not been in office, the EPA was ready for another round of regulations—from our cars to our shower heads, from our toilets to managing our yard's rainwater. Any species, regardless of significance, would again be deemed more important than humans. Atheists have no boundaries.

Looking to God, Not President Trump

Thankfully, regardless of who wins the White House, the Lord will still be in control. If Biden wins, the Lord will have allowed it and ALL things will still work together for good for Believers. We're to look to God, not President Trump, to protect us.

And if President Trump is reelected, and I think he will be, we're still to look to God for answers, not men.

So we can now see it's no longer Republican vs. Democrat, or conservative vs. liberal. It's simply God vs. Satan. Vote for candidates who believe in and support Biblical principles. Choose today whom you'll serve.

Bottom line, Satan is a very intelligent angel. Just like you and me, he can read the Bible and see that his time to take over is getting close. And it looks like he has his people ready to go.

But if God's not ready for the Church Age to end, Satan will just have to wait. Use us, Lord!

Lord, please protect our Republic and allow President Trump to remain in control... not because we deserve it; we know we don't. We've failed to be good stewards of the leadership of this nation that you've entrusted to us. We've failed to protect our children made in your image. We ask only because You answer prayers of sinners like us. We ask for this humbly in Jesus' name.