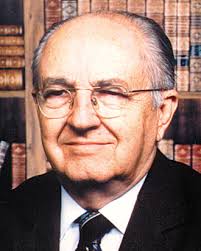 Henry M. Morris, the man who would revive the creationist movement in 1961 with a popular book promoting the idea of a worldwide flood and then, two years later, found the Institute for Creation Research, grew up in the Texas of the 1920s and 1930s as a religiously indifferent youth. Shortly after his graduation from Rice in 1939, however, Morris accepted the Bible, from Genesis through Revelation, as the infallible and literal word of God. In 1961, Morris and John C. Whitcomb, an Old Testament scholar, published The Genesis Flood, which Stephen Jay Gould calls "the founding document of the creationist movement."